Welcome to the Wikipedia of the alt-right? 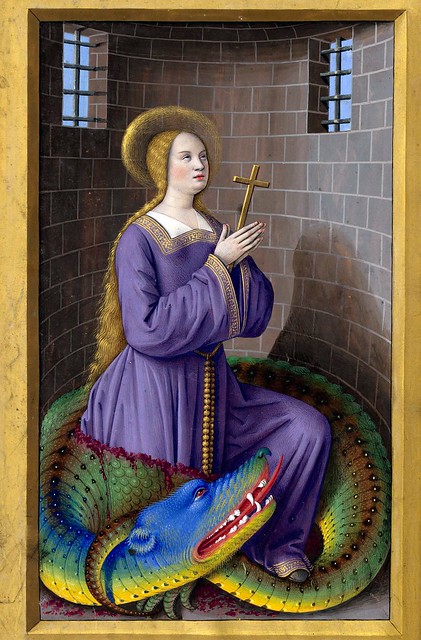 Meh; not to spoil the tension but it is, as you've already guessed, just another dull clone of wiki a-la Conservapedia. I found it via Wired via fb; you certainly won't find it via people referring to it2. Other than me; sorry about that. This one is called "Infogalactic" which seems to hint that it is a joke.

They have two, no make that three, obvious problems. The first is, who would bother read it. The second, is who would bother write it. If I look at the recent changes on wiki, the last 500 changes cover 6 minutes. On IG, they cover 5 days1. They are also heavily slanted to only a few people; see the U:JC section below. Their third problem, of course, is that they're a bunch of nutters.

To quote themselves, The project started as a fork [from 2016 I think] of the free online encyclopedia Wikipedia, whose full content was transferred onto the wiki. A "forkbot" is used to automatically update articles and article segments that member editors have not yet worked on. The site's membership consists of Galaxians (standard editors), Starlords (administrators), Corelords (corporate professionals who have purchased a license to oversee articles related to their industries), and a Council (top-level supervisors). Corelords do not have censorship abilities, but can control forked articles they may favor. All article edits must be truthful and meet site standards. It is hard to take a site that talks about itself like that seriously.

The bit about the "forkbot" might be a neat way of solving the problem that no-one edits this thing, so it is bound to be out of date. Except, they're lying. Firstly, it seems incompatible with the recent changes that I reported. Secondly, let's pick a random out-of-the-way article - Rothera Research Station - as we discover that the IG fork has no history past it's upload whereas the wiki version has seen updates. Not desperately exciting ones, but enough to demonstrate that the forkbot stuff is wrong.

If we pretend to take them seriously for a moment, then we can look at their solution to the problem of making the articles accurate and truthful. As quoted above, they assert All article edits must be truthful which isn't a solution at all. Wiki's solution to this problem is Verifiability or, phrased another way, verifiability, not Truth. This can be really annoying sometimes (you can't call people denialists unless a reputable source has done so, even if it is bleedin' obvious that they are; and if people aren't very notable so hardly any reputable source talks about them, it's hard to source anything). IG have Seven Canons and coming in at number 7 is Only externally verifiable facts belong on the Factual level of a page which is sweet, but again doesn't really address the problem.

Their version of me is dull; it is just a stale wiki clone. Conservapedia knocks them into a cocked hat.

As you'd hope, their version of Global warming has been borked up: Global warming is a term for the theory of a century-scale rise in the average temperature of the Earth's climate system... yawn. The leading graph of observed temperature change has been mislabelled as "Example of climate model output", with of course no reference; thus demonstrating they were lying when they talked about facts; but you knew that anyway. But their vandalism is shallow, because they are so few: their mirror of instrumental temperature record labels exactly the same graph correctly as "Instrumental global surface temperature record since widespread reliable measurements began in the late 19th century..."; perhaps rather depressingly Scientific opinion on climate change is a straight if out of date mirror; ditto greenhouse effect.

Looking over the recent changes, I saw that rather a lot are made by User:JasonCarswell (archive). As even he notes, I'll always publish/edit on Wikipedia first then InfoGalactic but alas he can't as he's currently blocked at wiki, for pushing fringe nuttery (he was topic banned from fringe nuttery, and blocked for breaking the ban).

1. I think. However, there filtering is somewhat broken; if I click on "show bots" I get less, not more, changes.

2. Wiki's page on IG is just a redirect and always has been to VD who is Theodore Robert Beale. I think that means it is NN, and I shouldn't have written this post :-)

Ta for the Conservapedia linky, I see your Minions remain pretty much active on the 'Pedia, but your Enemies have left the scene. Is this a conspiracy?

[Having run out of enemies is something of a failure. I could try being noisier I suppose -W]

"Corelords do not have censorship abilities, but can control forked articles they may favor. "

Are the Galaxians related to the Coneheads?

[It's stuff like that makes me think it is all a large but unfunny joke. And yet they seem to be taking it seriously -W]

Perhaps even spookier, the New York Times revealed last week that http://predatel.net is a listing of supposed "traitors" to Russia and with the opportunity to list new traitors.

Does this make the Times editors traitors in the class war, and if so to which side?

I only read the Conservapedia entry, but this guy Connolley sounds like a real hard ass.

I only met Schafly once- he's enough to disappoint the Mooniepedia,

> a listing of supposed "traitors" to Russia and
> with the opportunity to list new traitors.

[It’s stuff like that makes me think it is all a large but unfunny joke. And yet they seem to be taking it seriously -W]

It may well be that the original people who set it up intended for it to be a joke, but others didn't realise that and took it seriously.

It may well be that the original people who set it up intended for it to be a joke, but others didn’t realise that and took it seriously.

[BTW, my continued apologies to you (and a few others) who seem to need approval for comments. I don't know why this is -W]

Maybe grifting is the point? Target is either the corporation (maybe with cooperation of a PR flack who pretends to do have done something with this) or the public in the unlikely event that this thing succeeds. As long as corelords pay, whoever's in charge of this is happy.

[It does seem like a fairly blatant attempt to extract rent from Corps so that they can write nice things about themselves. But the problem is, who would read that stuff? Everyone is going to read the wiki article instead -W]

"[But the problem is, who would read that stuff?]"

Probably no one, but it still gives the PR flack a bullet point he can list as having done something in service of the corporate message.

More paranoidly, maybe it can just serve as the reference link that very few ever bother to check for viral articles and emails that are pumped around.