Just like in 2016, you may have noticed that things have been thin around here recently, and the reason is the same: I've been off in the mountains; the Ecrins again. Here is very nearly the same view as 2016. It isn't quite so good; I lack the fluffy cloud layer; this was taken about an hour later, but also a few weeks earlier. And, the melt back of the snow has continued. 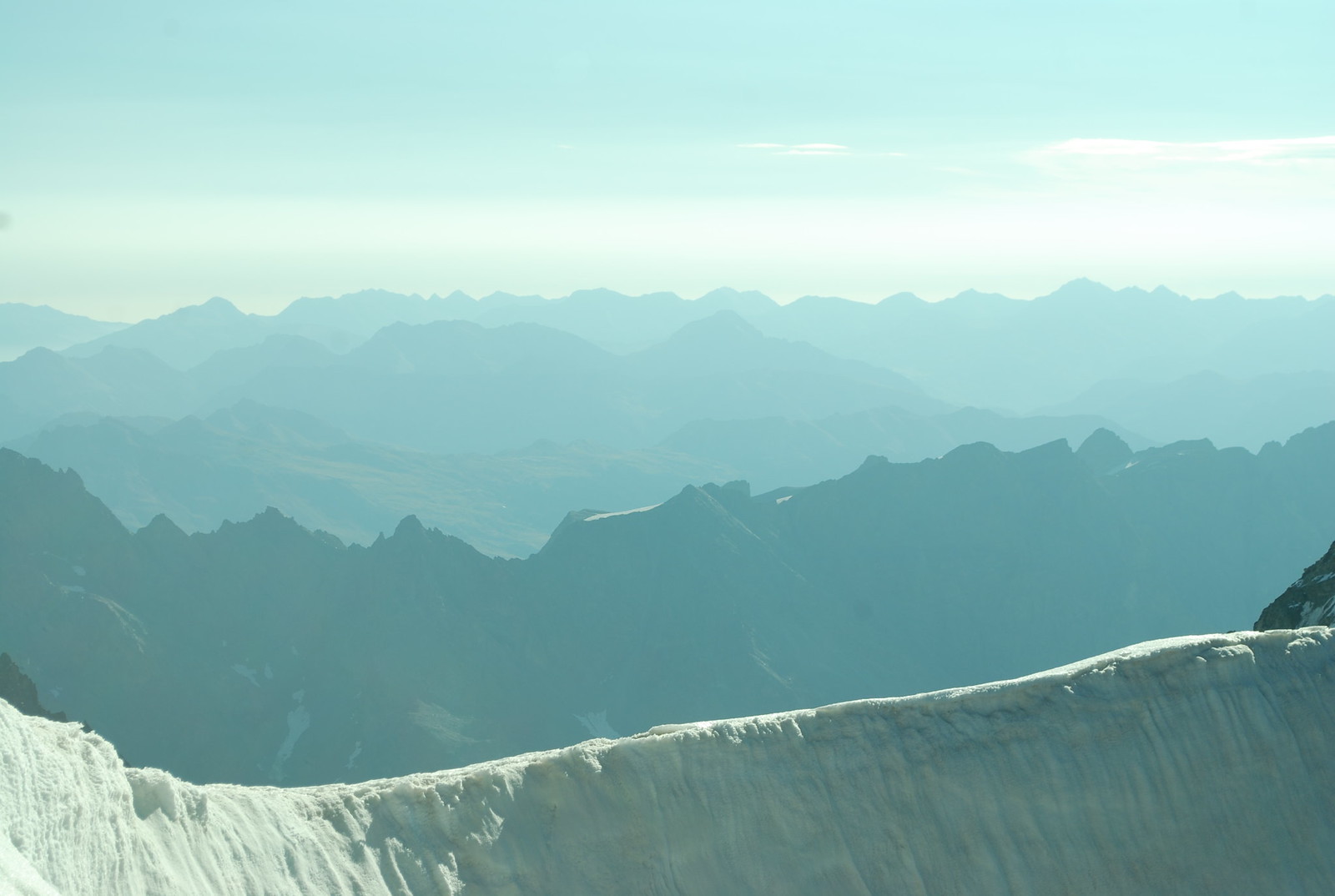 More later when things have settled down. Don't forget to check back for Kant and his famous antimonies!

Actually, I can't resist a few more. Here's people pratting around going from the upper traverse below the "Barre" des Ecrins onto the Breche Lory. 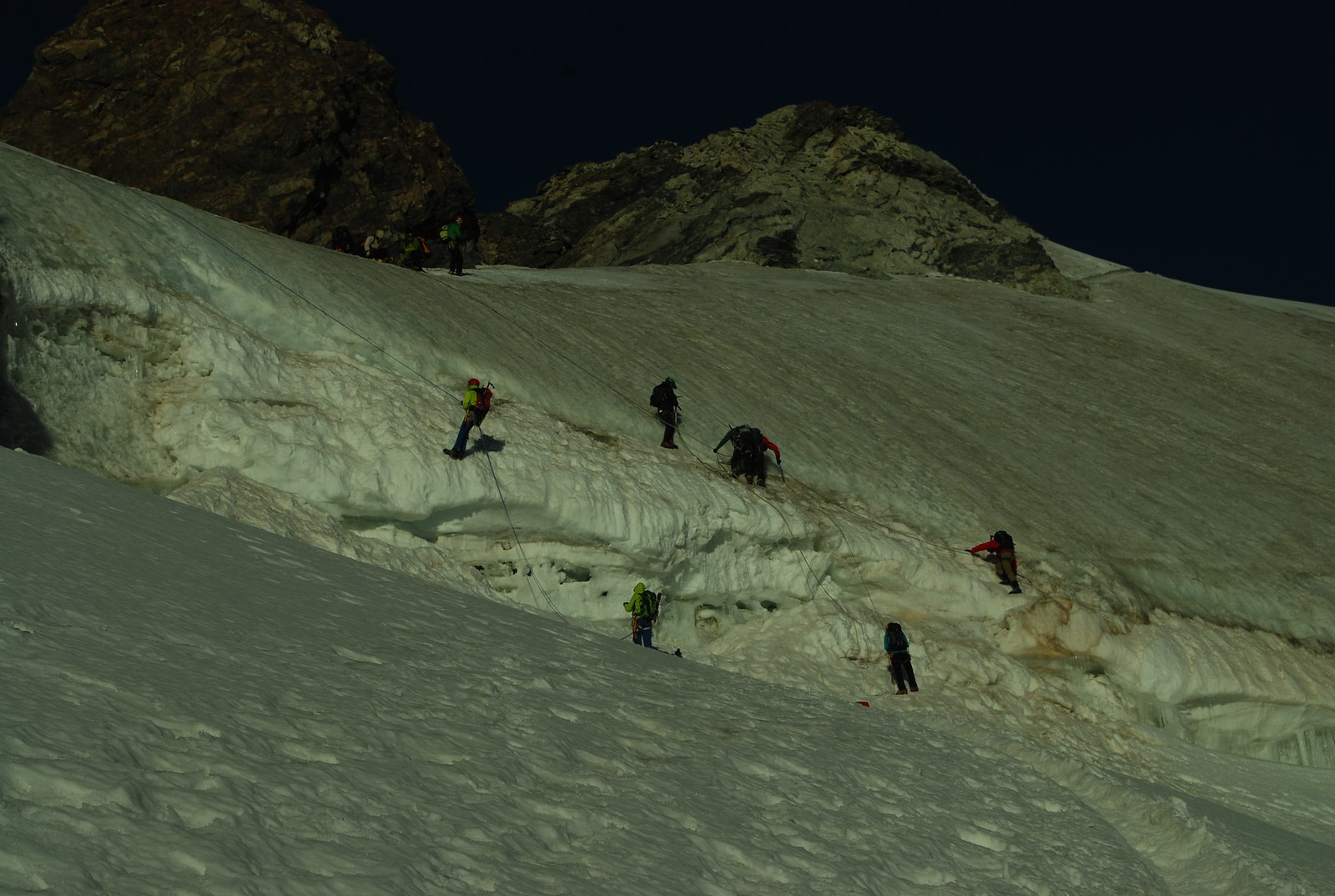 This "should" (as in, it has been in all previous years) be a simple snow slope, but with the snow melting back a crevasse has been uncovered, and now all the poor tourists hoping for a nice Facile 4000 m peak are faced with a somewhat tricky climb up and an abseil back down and fixed ropes and all sorts of fun. You might think (as I did) "why prat around there? Just traverse right a little and the crevasse closes up" but it's a trap; above there it is distinctly icy and even more fun.

Lastly here, seen gearing up on the glacier itself, and taken from the path down from the Refuge des Ecrins, are the parties who woke up and finished breakfast a little before us. 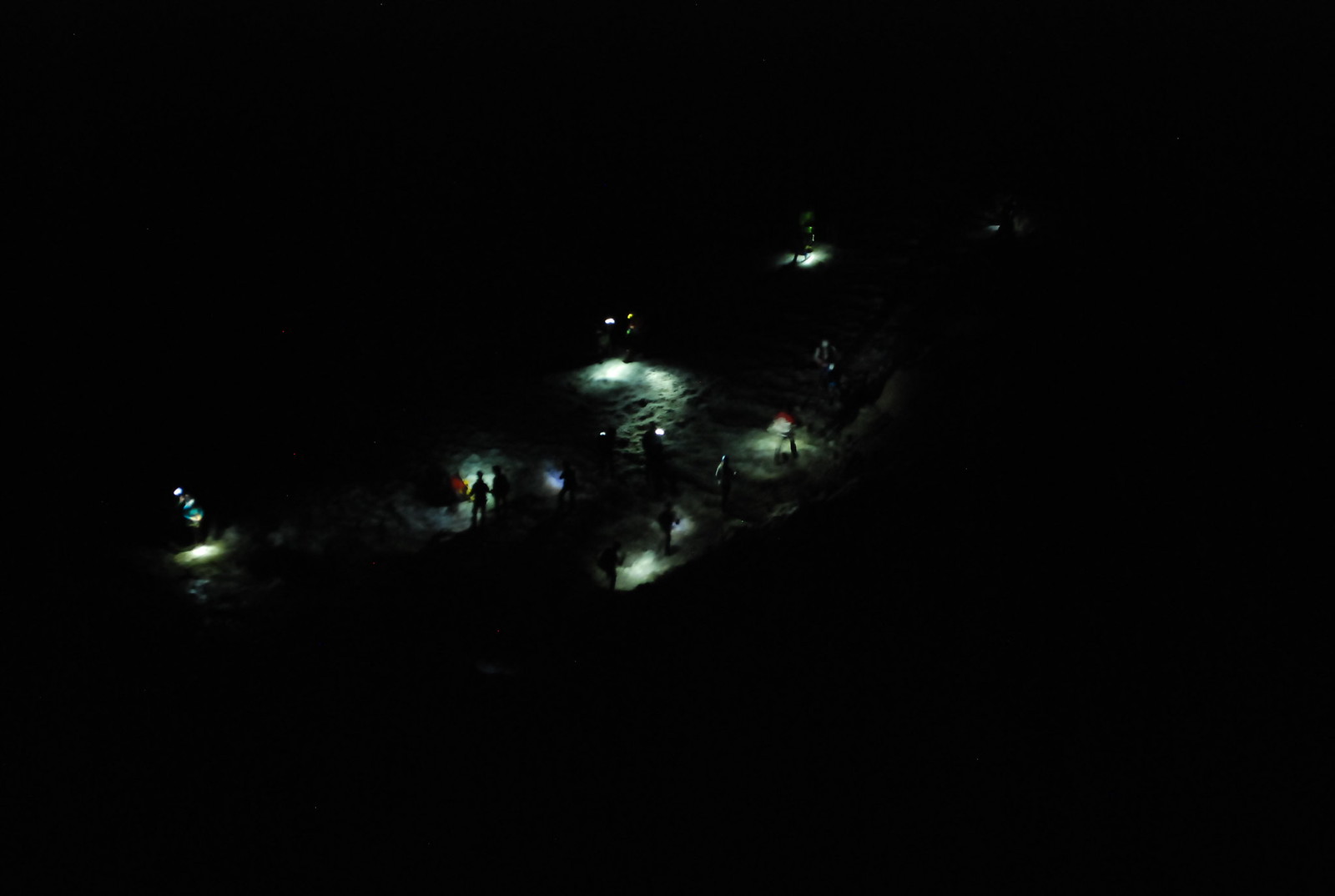 This proves that we did all get up at a ridiculous hour before dawn (3:15 am).