We need to make democracy work in the fight to save the planet? 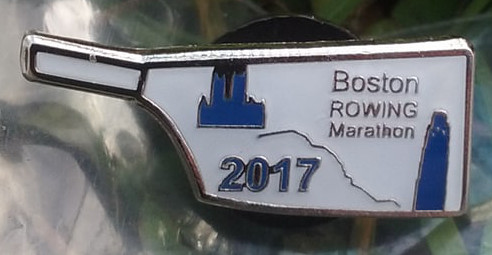 By AC Grayling in the Graun, h/t Timmy. And it's the thing you've read so many times before, the idea that Democracy is great but, alas, doesn't deliver what the article writer wants. In this case the thing he wants is something all right-thinking people want, a solution to GW, but that doesn't mean the logic of the article is any good. And indeed it isn't; the klew if you need one is There is nothing new in this. Plato, two and a half millennia ago, criticised democracy precisely because of this. But this is now a major life-threatening dilemma for our time. Despite being given loadsa space in the Graun for his views, the nearest he has for a positive suggestion only occurs about 4/5 of the way down, and it is: an overwhelming, unceasing drive to educate and re-educate every single individual on the planet about climate change. Which is vague, hardly novel, and in the "re-education" element has somewhat disturbing connotations.

So first off, I think he is wrong. If you want democracy to "solve" GW in something more than the incoherent way that we're doing so far, attempting to "educate" the populace in the specific area of GW is the wrong way to go about it. For two reasons. One is that within the education system, this determined education drive is already happening, and has been for quite some time now, at least a decade. And two is that what is missing is far more general: something like a more active citizenry; a more inquiring mind; even, perhaps, a resistance to being led by low-quality articles in the meeja and an ability to tear them apart.

The Shadow of Plato

If philosophers quoting Plato on governance doesn't ring alarm bells with you, then you should read The Open Society and Its Enemies. And Grayling is a pro, so must have read it. In which case, what's with the Plato-approval?

Obviously, I'm not going to wimp out of offering my solution. Which is the obvious: more Popper, less Grayling.

Then there is Winnie's famous remark about democracy...

Just caught a clip segment of JFK's July 1960 Democratic Party nomination exception speech in the new Ken Burns Vietnam documentary. It reminded me of this post about Grayling, Plato and AGW. Burn's implication is that this type of fearful thinking about democratic limitations against focused dictatorial powers caused the US to double-down on Vietnam and the Cold War. Not saying it's analogous, but it does have interesting parallels.

For the harsh facts of the matter are that we stand on this frontier at a turning-point in history. We must prove all over again whether this nation--or any nation so conceived--can long endure--whether our society--with its freedom of choice, its breadth of opportunity, its range of alternatives--can compete with the single-minded advance of the Communist system.

Can a nation organized and governed such as ours endure? That is the real question. Have we the nerve and the will? Can we carry through in an age where we will witness not only new breakthroughs in weapons of destruction--but also a race for mastery of the sky and the rain, the ocean and the tides, the far side of space and the inside of men's minds?

Are we up to the task--are we equal to the challenge? Are we willing to match the Russian sacrifice of the present for the future--or must we sacrifice our future in order to enjoy the present?

[I'm happy to believe that JFK was keen to contrast the USA democratic against the USSR dictatorial one. But that's a very crude contrast, and won't show up any subtleties; like majoritarian / constitutionalist -W]