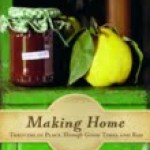 sastyk | March 12, 2010
First of all, I present to you, the cover for my new book (not yet finished, but it will be really soon) forthcoming this fall. I didn't think it was possible that they could come up with something prettier than the cover for Independence Days (which you can see on the sidebar), but I think they did. I admit, I'm pretty impressed by it! Plus it fulfills the maxim that all my covers must have food on them, whether the books are about food or not. Second of all, if you want to see someone's impression of me headlocking a fellow science blogger in a free-for-all, I'm in panel three of this…

It's a Darwinian Thing.

cwilcox | May 19, 2009
Thanks, PhD Comics, for reminding us how it works. HT to SciCurious who posted the link on her twitter feed 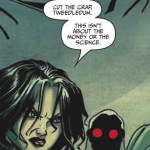 But. . . besides money and science, what else is there?

bioephemera | May 15, 2009
This appears to be from a graphic novel called The Unknown. But I happen to think it's the ultimate all-purpose illustration for every discussion of science policy ever. I want it on a T-shirt! via io9

sciencewoman | April 1, 2009
Today's free book is "Einstein for Beginners" a comic style introduction to Einstein's life and work by Joseph Schwartz and Michael McGuiness To claim the book, be the first commenter to assiduously affirm that you will read and review the book in less than 6 months and then send me your snail mail address to science dot woman @ google's mail service.

cwilcox | February 14, 2009
hat tip Linda Lin Some good science/love quotes:"In science as in love, too much concentration on technique can often lead to impotence."â P. L. Berger "Love is the triumph of imagination over intelligence."â Henry Louis Mencken "When we are in love we seem to ourselves quite different from what we were before."âBlaise Pascal "Love is a better teacher than duty."âAlbert Einstein "To make love work, understand where it comes from.""Falling in love may be natural, but that doesn't mean it's not exceptional."âCarl Zimmer And, while I'm at it...According to Heisenberg's Uncertanty Principle of QM…

When Kids Watch Too Much Discovery Channel

Cats are to Intelligence as Kryptonite is to Superpowers

grrlscientist | November 19, 2008
tags: cartoon, humor, funny, pets, cats Image: XKCD. I am staying with a cat named Jack in Helsinki, and of course, this means I am redicovering something about cats I'd forgotten, but this phenomenon is well-established scientifically, as you can see from the graph above.

zooillogix | October 14, 2008
They just don't write spine tinglers about killer pandas like they used to. Check out Heroic Comics #35, Facing Death in a Panda's Mouth, in its entirety below the fold. Thank god they shot that panda. I thought they were goners! Via judgeabook.
Advertisment