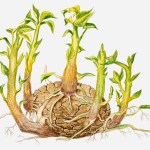 jhalper | July 30, 2013
Since the haiku post was well received, and since we have another three pieces online today – each on a different finding and each interesting in its own right – I have decided to return to the haiku format. Among other things, there is something quite satisfying about distilling complex scientific findings down to 17 little syllables – like writing the perfect tweet, but more so. In any case, follow the links to read more:   A burst of enzymes: A transcription traffic jam Watch for gene speed bumps   Genetics can rid The poison from potatoes Or add it elsewhere image: Thinkstock To raise…

A Haiku for Science

catdynamics | January 26, 2013
Our future foretell Galaxies of stellar poems From space science spring Inspired by Jason Wright's Thesis, Lucianne Walkowicz called out Astronomers on facebook to describe their current research as Haiku To the Occasion All Astronomers Sprung Forth Poetic Research There is a collection of some of the contributions atRhymes Like Science Where my feeble efforts fall Amongst stellar prose Dynamics of Cats Cold winter sky glow crushed stars dance in my dreams where will life go now? Clearly this can be expanded on: we need iambic pentameter, limericks, and poetry of the sagas - proper… 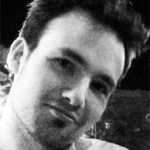 cagapakis | May 26, 2010
There is big excitement in lab today--my very talented labmate Jake has won the Division of Medical Sciences graduate student science haiku contest!!! Here is his burrito winning entry: Green lasers on high Shining to illuminate Synechococcus! It's definitely haiku day over here, so share your science haikus in the comments for maximum fun!

awild | April 13, 2010
The winners of the NCSU insect blog Hexapod Haiku Challenge have been announced. Here's the best in show: Major, Undeclared Silverfish, tell me, Darwin and Dostoevsky, do they taste the same? -Martha Love Gastonia, NC Ha! I love it.