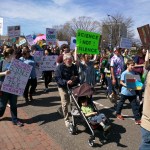 gregladen | April 22, 2017
Just a little video and some pictures from today's March for Science, Minnesota. This one from the march route on the way to the capitol. Skip ahead to about 1:12 go get the best chant: Another video, this one from The Hedge: You don't see this sign at many protests: Mammals were welcome at the march: And, now, Here is my extraordinarily well timed Facebook Live post 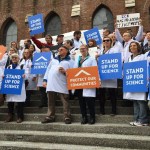 gregladen | April 18, 2017
In which I interview Geoffrey Rojas, an organizer for Minnesota March for Science: Books mentioned in the interview: The War on Science: Who's Waging It, Why It Matters, What We Can Do About It by Shawn Otto. The Meetup Information for the Atheists Bus is here. The bus is currently full! The Minnesota March for Science facebook page is here. I think the wether is going to be perfect marching weather. On a related topic: Evidence for Democracy - Katie Gibbs on Science Resisting

milhayser | February 27, 2017
Outrage at Donald Trump has coalesced around several political loci, including women's rights, immigration, environmentalism, and scientific endeavor at large. As Trump threatens to roll back regulations and de-fund universities, Mark Hoofnagle points out that science has always been political, increasingly so in an age when politicians control huge sums of money devoted to basic research. Despite major discoveries funded by taxpayer dollars, Mark says scientists have failed "to explain the benefits of basic science to the public and to our representatives in government, and failed to defend… 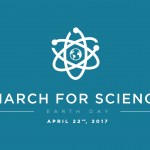 gregladen | February 1, 2017
The March for Science is scheduled to take place April 22, 2017 in DC . Hashtag #ScienceMarch Twitter account here. Web site here, though not much there yet, this was JUST announced seconds ago. Please note that they are accepting donations. Click through to the donations page to give a donation! Alternate logo here: To find out about other marches in your area, if you can't get to DC, for now, look at March for Science "follow" list, here. They will be putting info up at a later time, apparently.
Advertisment