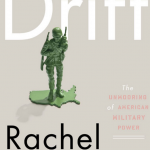 gregladen | June 6, 2017
I know you all loved Drift: The Unmooring of American Military Power by Rachel Maddow, but perhaps some of you have not read it yet or, like me, Rachel gave you a physically real copy of it so you don't have the Kindle version. Now is your chance, since the Kindle version is $1.99 right now. I have no idea how long this is going to last. 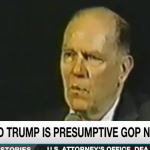 The right often launches a third party marginal, delusional, candidate. But this time around...

gregladen | May 5, 2016
... they made that candidate THE candidate. So, that will be interesting. Yet another of Rachel Maddow's excellent context rich historically driven missives. She almost lost it a few times while presenting this. You may do the same watching it. 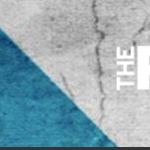 How confetti knowledge took down Universal Knowledge. Allah. And his friend Salah. 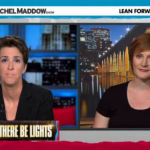 Before The Lights Go Out: Maggie Koerth on Rachel Maddow!!!!

gregladen | August 15, 2013
And a little taste of what the beginning of the end of civilization might look like. Maggie wrote this book and here she is on TV: Visit NBCNews.com for breaking news, world news, and news about the economy I was in South Africa for this. No problem with the lights there. 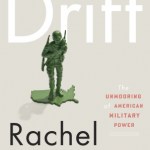 gregladen | March 20, 2012
Drift: The Unmooring of American Military Power by Rachel Maddow (signed by the author!) and I'm reading it with great interest, even though I'm totally swamped with other things. Damn you Rachel Maddow for writing such an engaging book! I'm just starting it but wanted to share a couple of observations. The nature of war in (well, 'by') America--and the nature of the military and government's relationship to it--evolved over time from the days of the Founding Fathers to the end of the Viet Nam era, as described in Rachel Maddow's new book, in very interesting ways. In particular, Maddow…

illconsidered | November 5, 2010
This Youtube is long, but it is very well done, and frankly hilarious. Many of our favorite denier memes would fit in very comfortably as well. Of course, after the laughing stops, the congressional hearings will begin.

tlambert | October 15, 2010
Art Robinson, of Oregon Petition fame is running for Congress. Peter Sinclair has Robinson's interview by Rachel Maddow. Robinson comes across as more than a little nutty -- rather than elaborate on his views on hormesis (radioctive waste is good for you!) he just insisted that quotes from his own writing were lies in some unspecified way. Also of interest is Sinclair's latest Crock showing a simple experiment to demonstrate the effects of CO2 on the atmosphere.

grrlscientist | June 3, 2010
tags: Deja Vu (All Over Again), oil spill, Trans-Alaska oil pipeline, Gulf of Mexico, Trans-Ocean, Ixtac oil well blowout, BP oil spill, British Petroleum, Rachel Maddow, streaming video There was another oilspill in the Gulf of Mexico in 1979 -- and the same corporate players involved with that spill are there now! This 1979 oilspill WAS the worst oilspill in history, until now, of course. Despite corporate lies .. erm, claims that the technology has advanced since 1979, the same identical strategies are being used now to stop this oilspill. How long did it take to stop this oil leak? NINE…

Maddow Talks With SEIU's Andy Stern about the Lying GOP