X-STEM - presented by Northrop Grumman Foundation and MedImmune - is an Extreme STEM symposium for elementary through high school students featuring interactive presentations by an exclusive group of visionaries who aim to empower and inspire kids about careers in science, technology, engineering and mathematics (STEM). These top STEM role models and industry leaders are sure to ignite your students’ curiosity through storytelling and live demonstrations.

Our spotlight on our X-STEM Speakers continues with Venture Capitalist and Broadway Producer, Mr. Kevin J.Kinsella. 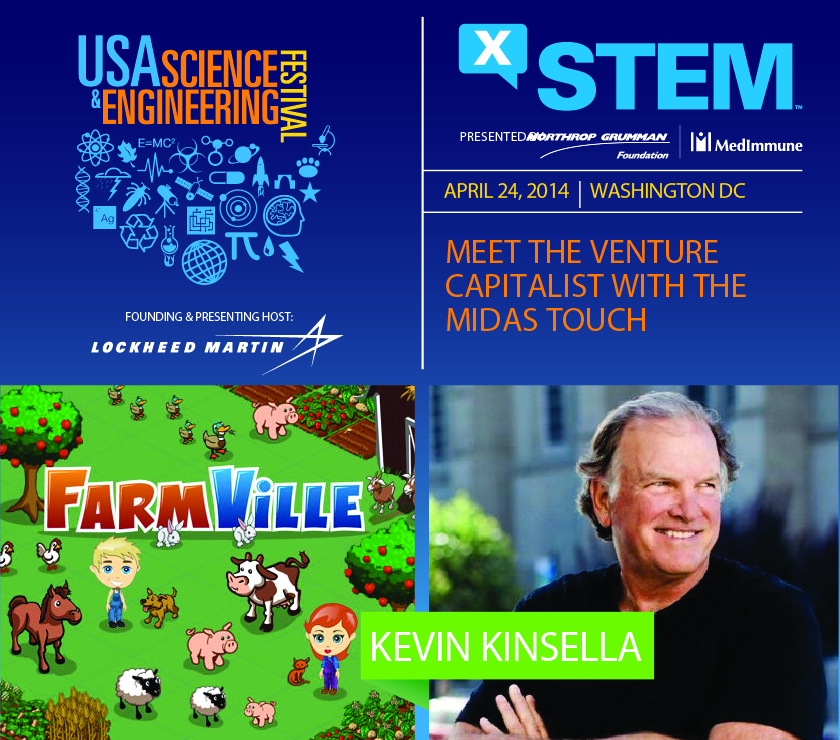 He's sometimes called "the venture capitalist with the Midas Touch" -- for good reason.

"In venture capital, everything is a calculated risk," says Kevin, whose Avalon Ventures mainly invests in fledgling technology and life sciences enterprises.  Perhaps Avalon's best-known start up is Zynga, the San Francisco-based maker of FarmVille, the online game that kept millions obsessively logged onto Facebook. (Avalon Ventures originally invested $5.3 million in Zynga, and saw the value of its stake skyrocket to $340 million in December 2011after Zynga's initial public offering on the stock market.)

A man of eclectic tastes and interests, Kevin, the son of Broadway and television actor Walter Kinsella and Super Model Jane Davis, was steeped in the theatre as a youth. He is known for using that passion and his business acumen in producing the Tony Award-winning mega Broadway hit musical, Jersey Boys (and for co-producing the Grammy Award-winning Original Cast Recording of Jersey Boys), as well as for receiving the 2012 Tony Nomination for Best Revival of a Musical for Jesus Christ Superstar.

We thank  Kevin Kinsella for participating in our new X-STEM Extreme Symposium! We look forward to X-STEM becoming a new school tradition!