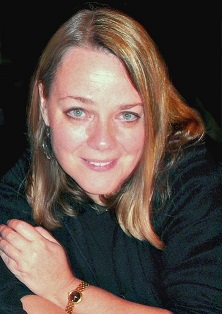 Can science fiction influence science? Many theoretical physicists and astronomers seem to think so, and quite a few scientists say they were inspired to go into science by reading Jules Verne, or watching TV episodes of Flash Gordon and Star Trek. Do you think it’s just a coincidence that NASA’s first space shuttle was christened the Enterprise? At NASA’s Goddard Space Flight Center, a formal partnership with science fiction writers was announced three years ago, and has resulted in at least one publication, “Pillar to the Sky” by William R. Forstchen.  Theoretical physicist Dr. Michio Kaku wrote a book called “Physics of the Impossible: A Scientific Exploration into the Worlds of Phasers, Force Fields, Teleportation, and Time Travel” as a means of introducing physics concepts through lessons that examine the scientific potential of fictional technologies. Kaku has stated that as a physicist, “he has learned that the “impossible” is often a relative term. If you understand the foundations of physics, you understand what is possible and you understand what could be just beyond the horizon. “

Can examining science fiction, also known as speculative fiction, teach students something valuable, and maybe even game changing, about science?  It’s a fair question when you consider that true scientific findings are ultimately based on empirical evidence, not on speculation, although speculation is a driving force in the scientific process. But when you also factor in the role that “out-of-the-box” thinking has always played in solving complex societal problems, and how the success of our increasingly technologically dependent society relies on our next generation’s ability to drive and implement bolder, more imaginative, and more innovative solutions, it starts to make more sense.

How can we get more kids interested in science, engineering, and technology? That seems to be the million-dollar question, as hundreds if not thousands of education experts continue to weigh in on how best to guide our children on to the 21st century STEM pipeline. But why not step back a bit, and color outside the lines of mandates and pedantic pedagogy, by sparking the imaginations of kids the way Flash Gordon did, 60 years ago?

Some of the more popular STEM educational activities stimulate kids’ creative and problem solving skills through challenges such as First ,Lego,and VEX robotics and Maker Faires. In this spirit the USA Science & Engineering Festival partnered with the Kavli Foundation to offer a video competition that challenges students to think about science in new ways. This year the challenge was to research the science behind science fiction technologies, gadgets, and inventions, and report their findings in the form of a short video.

Did science teachers embrace this activity? Quite a few teachers made a classroom assignment out of it. By taking advantage of their students’ natural enthusiasms for movies like “Hunger Games” and video games like “Halo”, the project became a pathway for discovering fascinating and diverse technologies that scientists actually use today. Genetic engineering, exo- skeletons, artificial intelligence, interstellar space travel, black holes, quantum theory, these are all real life areas of study and experimentation which may not be covered in daily science classroom instruction.

In addition to giving students this chance to discover and research the latest in scientific advances, students were expected to critically assess that information and communicate their findings in a persuasive manner. Why is this so important? Communication skills are part of an essential core academic standard, but more than that, the ability to critically assess information and communicate is essential in our rapidly changing, technologically based, global economy.  Big issues and questions in areas such as sustainability, energy, data science, climate science, medicine, and transportation all loom on the horizon, challenging our world and the next generation. Now more than ever perhaps, we need to go boldly go, where no one has gone before.

Science fiction opens the door to a world of new possibilities by making the seemingly impossible, possible. I have no doubt that there are many young people all over the world today, who are sowing their first seeds of tomorrow’s inventions and solutions, just by asking the simple question, “What if?”

Watch the top 15 videos in the Kavli “Science in Fiction” Video Contest and vote for your favorite until April 15.

Stacy Jannis is a science media producer and the manager of the USA Science & Engineering Festival’s Kavli science video contest.