The Curl of Space

Imagine you were a very clever ant, living on a large log, floating in a big lake... 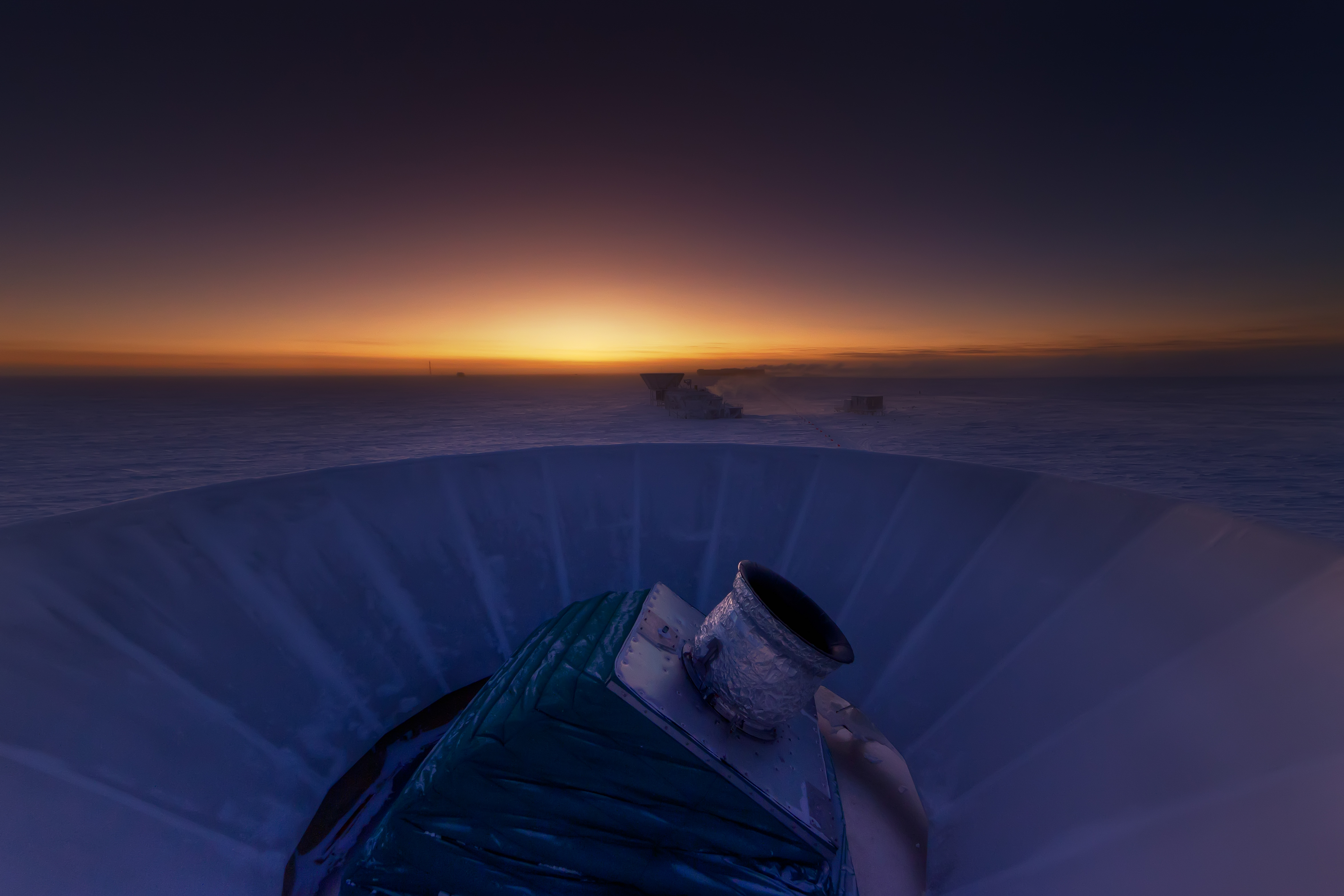 Being a not incurious, clever ant, you contemplate the lake in its infinite and insurmountable vastness.
Surely knowing what lies on the lake, or even beyond the lake (if such can be conceived) is not feasible.

Then, you notice that the lake has ripples.
Ripples, and waves, and swirls.
So, being a methodical sort of ant, you start measuring the ripples and waves and swirls, and you get your student ants to measure them also.
You measure lots of waves, very very carefully.

Being a very clever ant, you realise that you can figure out something about the lake!
For example, you realise that while it is a very deep lake, it is not infinitely deep.
In fact you can, eg by measuring some of the swirls, and where the waves break, figure there are shallows in some parts of the lake.
You can also measure your drift speed in the lake, relative to some arbitrary standard of rest for the bulk water.

You then make a tremendous discovery: the lake has a boundary!
It is as if you are on a great circular lake, surrounded by steep hard cliffs.
The waves bring you information from the edge of the lake!

Oh, you also, incidentally, discover from the bends in the ripples on the lake, that there are other floating logs and structures on the lake, far away, but much closer than the edge.
That could be useful.

Surely this is it. There can be no more known.

Even the most diligent student ant could never swim to the edge of the lake to explore the cliff, it is too far. They'd barely make it to the nearest floating log. By the time they got back their advisor would be retired, their candidacy stale, a caution on their matriculation.
They'd never get to be doctor ants.
No point swimming those waters...?

But, then you realise that very very very careful measurements of lots more ripples and waves and swirls might, just might, tell you something about the cliffs!
The cliffs themselves will interact with the water waves differently depending on the height, and slope and composition of the cliff stuff. Why, the cliffs themselves might propagate internal waves which interact with the lake waves, carrying information about what, if anything, lies beyond the cliff edge.

So you send your best observant to the quietest most isolated tip of the log, and have them listen to the ripples and waves and swirls for a long long time.

And, you find that, indeed, the subtlest swirls of the the waves do in fact tell you something about the cliffs: they are tall cliffs, but they are not infinitely tall; they appear to plateau and extend back for a considerable distance, but, if you measure carefully, there is, maybe, a hint of a rise to mountains in those hinterlands, taller than the cliffs, but not infinitely so.
Maybe the lake came from waters that flowed when the snow in those mountains melted a long time ago, as once conjectured by a wise theorant.

There is something beyond the lake!

This opens up a new world of speculation for even the most conservative doctor ants: maybe, just maybe, beyond those mountains, are other lows in the landscape, holding other lakes!
Big lakes, small lakes.
Round lakes, lochs, lakes through which rivers flow onto other lakes, lakes of all sorts of varied shapes and even different chemistries, and, perhaps, even oceans.
And on those various other lakes and rivers and seas, there might be other log-like things floating along, and, perhaps, on some of those logs are clever little ant-like creatures watching the ripples and waves and swirls in the waters and wondering if there are, anywhere else, other ants sitting on their logs, watching the ripples and waves and swirls in their waters.

The ants' world just got a lot bigger.

Long time without posting but worth waiting for it. Very good article.

Thnx.
Real life sometimes intrudes, hope to get more stuff posted in the not too distant future.

Steinn, what has been the overall reaction to this result at IGC?

Good question.
Lots of buzz and interest.
Session on it last Monday, unfortunately I was in DC that day and missed the discussion.