The Earth's climate is warming. The upper oceans are warming, the sea surface temperatures are elevated, the air in the lower Troposphere, where we live, is warming. This warming is caused almost entirely by the increase in human generated greenhouse gasses and the positive (not positive in a good way) feedbacks caused by that. The effects that increase the global heat imbalance and the effects that decrease it (such as greenhouse gas increase and aerosols -- dust -- from volcanoes, respectively) vary over time in their effect, which causes some variation in the upward march of global surface and ocean temperatures. Meanwhile heat is going back and forth between the surface (atmosphere and sea surface) and the deeper (but still upper) ocean, which causes either of these parts of the Earth system to wiggle up and down in temperature. There are other effects causing other wiggles.

See: The Ocean Is The Dog. Atmospheric Temperature Is The Tail

Dana Nuccitelli (author of this book), over at the Guardian, has written a blog post that nicely summarizes current scientific thinking on the so-called pause (or so-called hiatus) which has been named by witty climate scientists as the #FauxPause. Because it is faux. 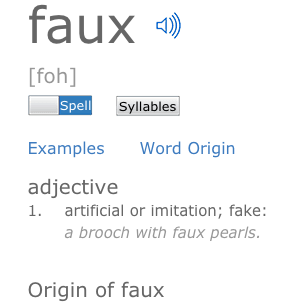 I'm pretty sure Dana and I were looking at the same information recently. While Dana focuses on the #FauxPause, I recently penned this: Global Warming Getting Worse

Greg - "This warming is caused almost entirely by the increase in human generated greenhouse gasses and the positive (not positive in a good way) feedbacks caused by that."

I have been under the impression that NASA has claimed that the earth's biosphere is warming at a rate 120% of that which would normally occur - that is, without human influences, we'd be cooling at about 1-2 degrees per 500 year period, or about 1/5th the rate at which we now see things heating up.

Does this sound familiar? I have tried to locate the original NASA website that carried this factoid, but I cannot locate it in recent weeks. Thanks!

The actual value is, um.... 116% of the GISS trend. That is, natural variation in the sun, which is a negative (cooling) forcing is about 16% of humanity's warming tend. I wish I knew where I read that....

If you really want comme il faux, you have to go to Monckton.

Thanks, Desertphile - 116% is really close to 120%, so I'm pretty sure we're talking about the same dataset. I too wish I knew where you had seen that! I recall seeing it on a NASA webpage, but it's just lost to me right now.

That's the problem with reading, literally, more than a dozen papers a day on climate: the sources all run together. My feeble brain can remember the highlights, but not the details. In my defense, I'm a cattle rancher, not a scientist! :-) Oh, wait, that's what senators say....

In any case - here is an excellent survey and re-check of efforts to determine the relative magnitude of solar forcing compared to anthropogenic forcing. It's 5 years old+ and you have probably seen it before, but nonetheless...good math modeling does not change (much) with time...

Thank you for the link. Darn it, there was a more recent paper just... nine months ago if I recall correctly. The human-caused forcing was retained and the TSI forcing was removed from GLB.Ts+dSST, and the linear trend increased by around 16% for the previous 30 years.

Oh, and if I recall correctly, two of the previous three massive volcanism events were also removed, adding another 3% or so.

These two links may be helpful in finding some of the sources of info:

So the net result of the review of all of the studies suggests that since 1850, the great bulk of warming is anthropogenic, and in recent years, reduced insolation has resulted in the measured warming as being somewhat over 100% anthropogenic, that is, the earth would naturally show a slight cooling trend at this time.

My original question had to do with whether humans create MOST of the warming, or ALL of the warming plus a scoche - but I guess it depends on the timeframe examined. Either way, way too much of US and not nearly enough of NATURE.

If we set the pre-industrial to present day change in global surface temperature at 100%, humans have influenced climate well over 100% because they've done more warming than necessary to reach the current level, and some cooling too.

his warming is caused almost entirely by the increase in human generated greenhouse gasses and the positive (not positive in a good way) feedbacks caused by that.

On a minor semantic note, that's why I prefer the terms escalating feedback and stabilising feedback instead of positive and negative which tend to have misleading connotations.

I also think the term Global Overheating is better than Global Warming for much the same reason.

Scary thing, well, one of many scary things here is how much power the Flat Earthers aka Climate Deniers have in key positions in the USA and sadly with our govt here in Oz too - as the Bad Astronomer Phil Plait notes here :

Which is depressing really.