The World Championship continues to be a snooze. Five games down, five draws. Only one game has made it past the thirtieth move. Both players seem very hesitant and completely uninclined to take any risks. Still seven games left, though, so we will see what happens.

Happily, the U. S. Championship continues to produce one nail-biter after another. Today's tactical exercise comes from the game six match-up between Gregory Kaidanov as white against Robert Hess as black. As you can see, we have a rather unusual material balance: 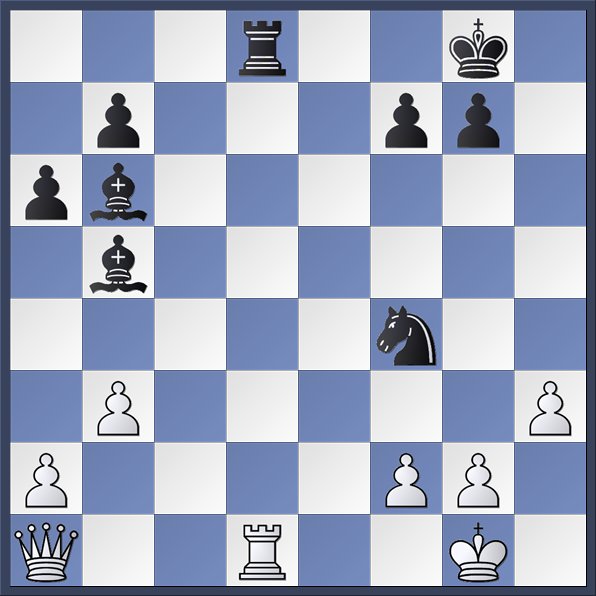 If you remember your basic point-counting (Pawn=1, Bishop and Knight=3, Rook=5, Queen=9), then you see that black's three minor pieces are effectively equivalent to white's queen. On paper, at any rate. In practical play the three pieces are generally better, so long as they can cooperate effectively. In the diagram, white has just moved his rook to d1 A trade of rooks would definitely be to his advantage, since it would make it more difficult for black to organize an attack on the white king. But black is not forced to trade. He has a shot in this position that clarifies things immediately. 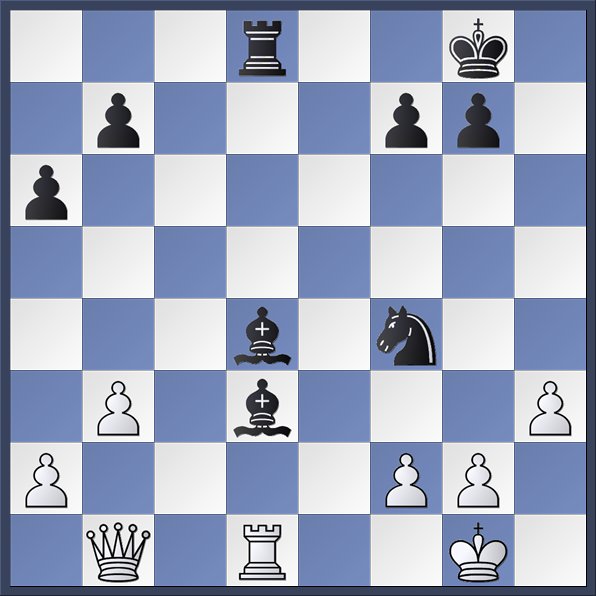 Gregory Kaidanov was having a good tournament prior to this game, having beaten the defending champion Gata Kamsky. Alas, after being on the wrong side of this one he committed a bad blunder in the next round. In our next position, Kaidanov is playing black against Alejandro Ramirez: 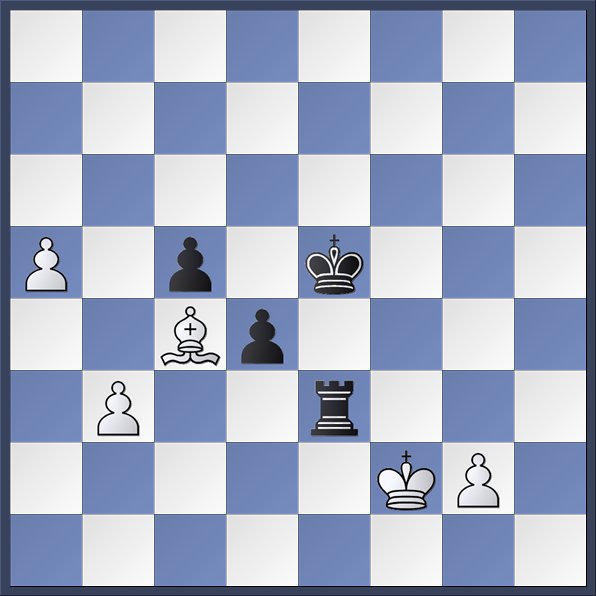 Earlier in the game, Ramirez had played an inspired attack and seemed to be crashing through. But then he ran into equally inspired defense, allowing Kaidanov to trade into a better endgame. In the diagram black would be winning easily were it not for white's passed a-pawn. Here Kaidanov played the weak move 1. ... Ke4. As one of the commentators pointed out during the game, black's spidey-sense should have been tingling at the thought of putting his king on the same diagonal as the a-pawn's queening square. White replied 2. a6. Black now has to give serious thought to how he is going to stop white's pawn. He should have played 2. ... d3, leading to the forced sequence 3. Bd5+ Kd4 4. a7 d2 5. a8Q d1Q 6. Qa4+ Kc3 7. Kxe3 Qxd5, and even though white is a pawn up the game would probably end in a draw. Sadly, Kaidanov thought he had a better way to stop the pawn. 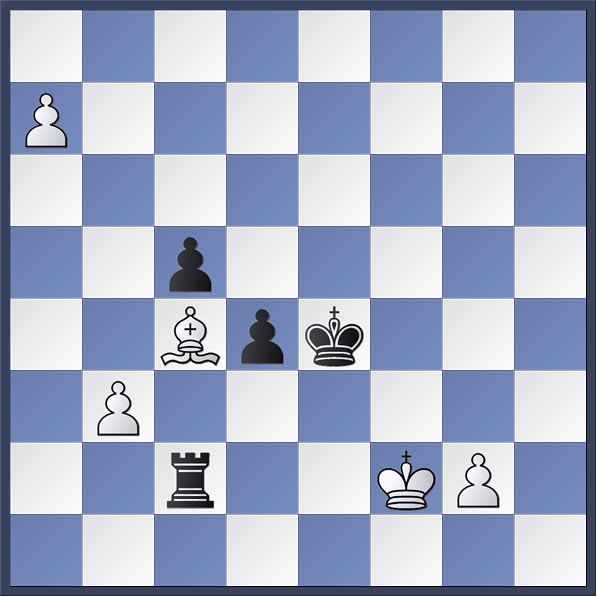 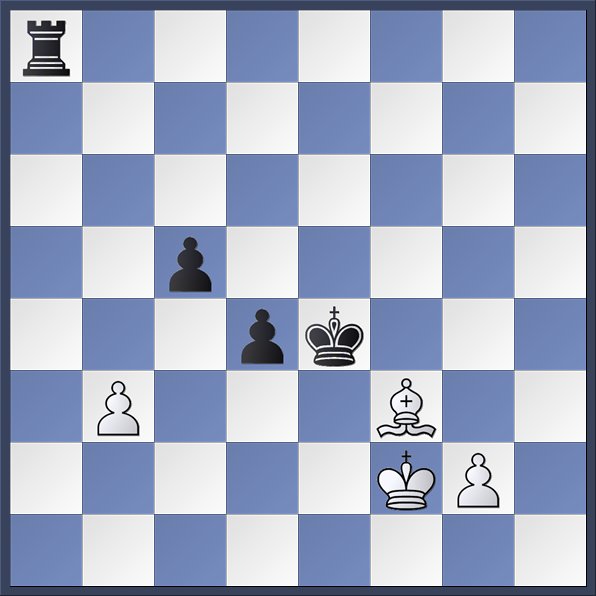 In the chess biz that's called a skewer. Black's king must move, and then white will snap off the rook. Kaidanov played on for a few more moves, but the writing was on the wall.

So the U. S. Championship produces one exciting game after another. Hopefully Gelfand and Anand will find their balls and put on a show in the remainder of the match. Stay tuned!