This week we have very clever helpmate from Russian composer Viktor Chepizhny, that was published in the November 2014 issue of The Problemist magazine. The diagram below calls for helpmate in two. There are two solutions: 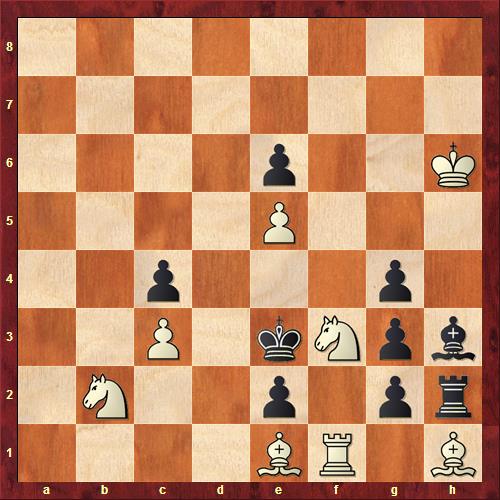 Recall that in a helpmate black moves first and cooperates with white to contrive a position in which black is checkmated in no more than the stipulated number of moves. Normal chess logic does not apply! To be clear, we are looking for a sequence of this form: black moves, white moves, black moves, white gives mate. You should keep in mind that white is moving up the board and black is moving down, so that the black pawn on g2 is about to promote.

You might want to have a go at solving this one before reading the solution, since it is not too complicated.

The idea is this: At first blush it seems that the task is simple. White will use his two moves to maneuver his knight from f3 to either c4 or c2. Black, for his part, will promote his pawn on g2 on the first move, and then just make a waiting move on his second. Easy!

The solution, then, is for black to promote by capturing one of the white pieces. By promoting to the same piece he just captured, the new black piece will be able to take over the function of the now missing white piece. For example, one solution goes like this: 1. gxf1=R Nd4 2. Rf4 Nc2 mate: 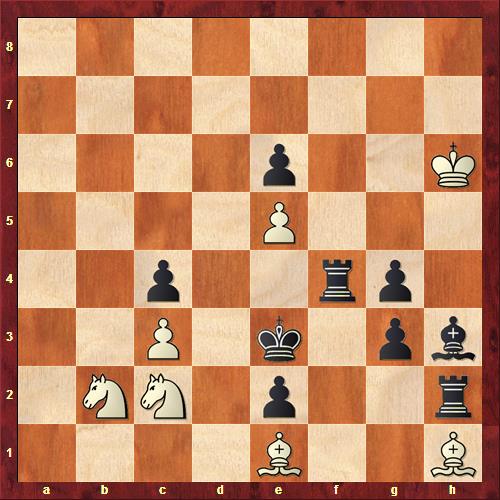 Very nice! It's worth noting that the clever positioning of the white king ensures that a queen promotion will not work for black (since a black queen on f4 will give check to the white king on h6.) 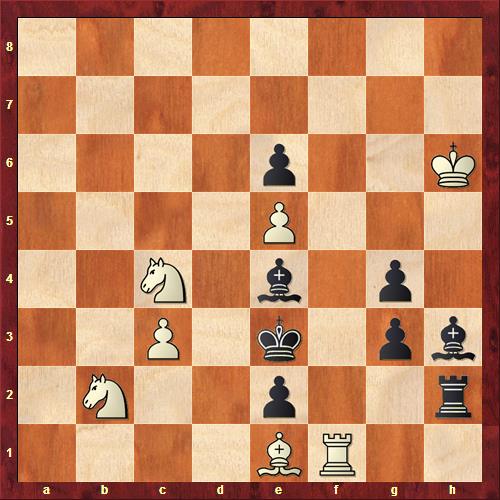 Very nice, again! The final nice touch is how black's choice of promotion also determines the destination square of the white knight. A black bishop on e4 covers c2, while a black rook on f4 covers c4.

Certainly, as you point out, there are some nice touches here. The cooperative nature of helpmates always seems so completely outside the normal orbit for chess.