It's been a busy few weeks. I hosted a Passover seder. (What? Atheists can't have seders?) Actually, I run a pretty laid back seder, all the more so this year considering there were goyim in attendance. It's mostly just a big dinner with some Hebrew and matzoh and charoset thrown in for fun. But if I go a year without doing the four questions then I go through withdrawal, so a seder it is. My parents drove down from New Jersey for the big event, and since I can't let them see the squalor I actually live in this meant a fair amount of cleaning. It's good that they visit from time to time, since I need the incentive.

On top of that, the semester entered its dramatic final week. We still have finals to get through, but regular classes are now done. Yay!

But I've plainly been neglecting the blog again, so how about a new Sunday Chess Problem? I've chosen an easy to digest morsel for you, once again from Milan Vukcevich. The diagram below calls for Helpmate in Two: 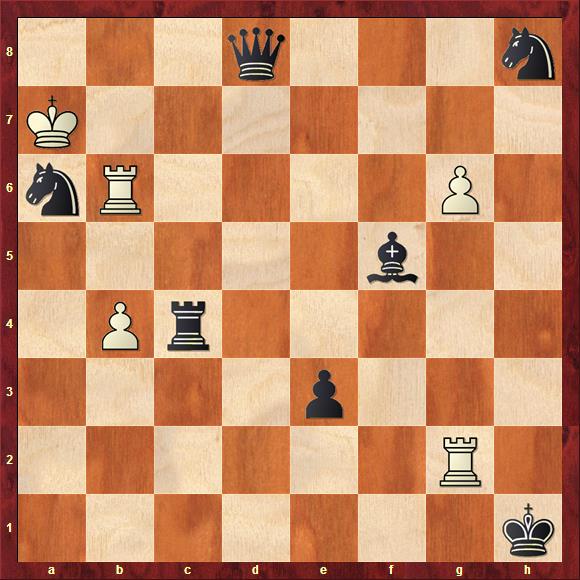 Now, in a short helpmate like this one, it is generally impossible to pack enough strategy into a single solution to make things interesting. With white and black working together, it is just too easy to contrive a mate. For that reason, short helpmates will generally have multiple solutions. This one, as it happens, has four solutions. For the problem to be interesting the solutions should be thematically related in some way.

Let's have a look at the diagram. Since white essentially has only the two rooks with which to work, we might suspect the classic two rooks mate. You know the one I mean. The black king is trapped on the edge of the board, with the rooks occupying adjacent files to give mate. In the diagram we could try to contrive this mate either on the first and second ranks, or on the g and h files. As it happens, two of the solutions execute the first approach, while two of the solutions execute the second.

There are certainly some obstacles to overcome in giving these mates. Regardless of which of the two mating patterns we pursue, the white rook on b6 is obstructed by one of his pawns. The black rook, bishop and queen are all poised to interpose. And the white rook on g2 must move to somewhere safe, since currently he can be taken by the black king.

Can white and black, working together, overcome all these problems in a mere two moves? Yes he can!

Beyond that, the solutions pretty much speak for themselves. Just pay attention to all the line-openings, shut-offs, and interferences. Here we go. The first solution is this: 1. Rxb4 Rd2 2. Re4 Rb1 mate. 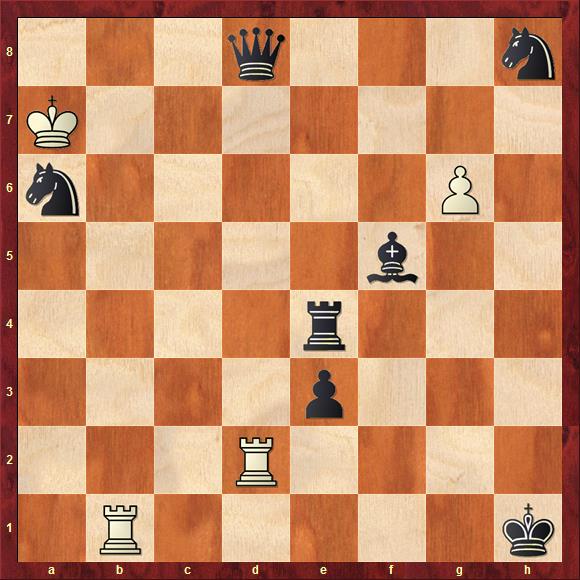 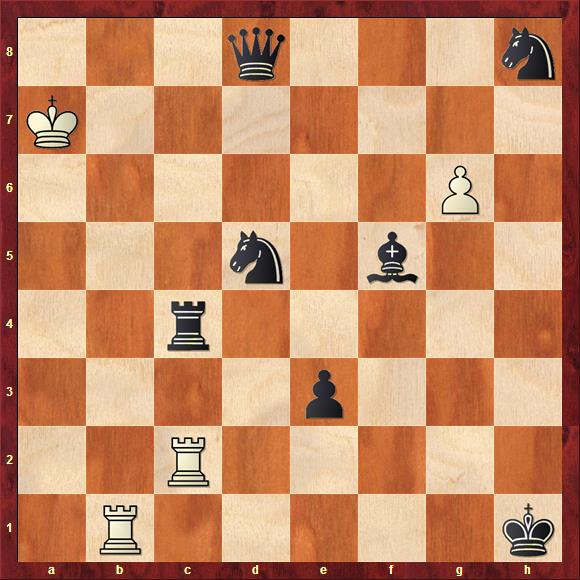 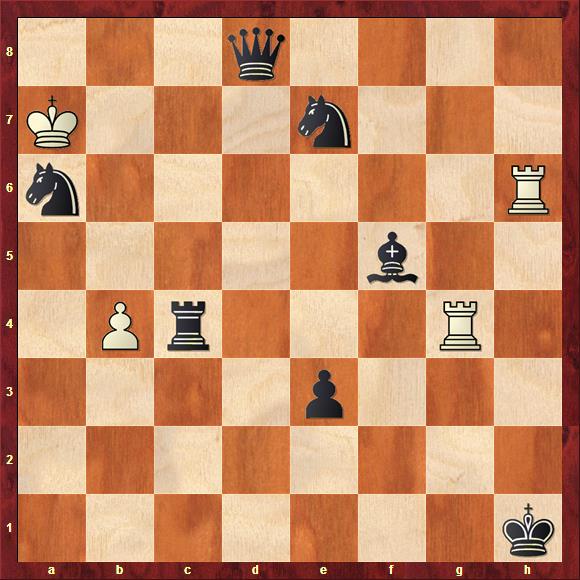 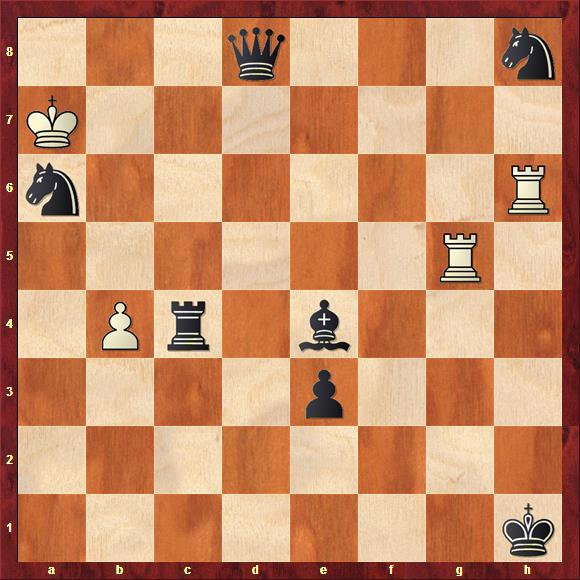 That was a lot of fun! Helpmates can sometimes seem like the candy of the chess problem world, though. Very enjoyable, and they certainly give you a brief thrill, but perhaps they are not as nourishing as those intricate, strategical, direct mates.

This week we have very clever helpmate from Russian composer Viktor Chepizhny, that was published in the November 2014 issue of The Problemist magazine. The diagram below calls for helpmate in two. There are two solutions: Recall that in a helpmate black moves first and cooperates with white to…

Well, yes, this does seem a bit lightweight when compared to some others you've posted, but it is nice to see the first White Rook proceed to a square where it simply impedes a piece or two which could temporarily put off the mating move.