Yes, I know it's Monday. But it's still Sunday Chess Problem. Deal with it.

One more from the files of Milan Vukcevich for you. This problem was published in 1994 and calls for selfmate in five:

Recall that in a selfmate, white plays first and tries to force black to give mate in no more than the stipulated number of moves. For his part, black does everything in his power to avoid giving mate. It's a complete inversion of normal chess logic!

Now, what's going on here? The first thing to notice is that black is pretty well tied up in knots just now. On the other hand, if either the b6 pawn or g4 pawn were to move, then a black rook and bishop would suddenly spring to life. It would be like shaking a can of soda and then opening it. The soda would rush out of the can all over you! And so it is for black. At a moment's notice, the black pieces can spring from their cages.

OK, enough set-up. Black's pieces are about to come to life. It's just a fact. Get over it. The trick will be in controlling the resulting explosion of black activity. The key move for white is to walk right into the lion's den with 1. Ke6! 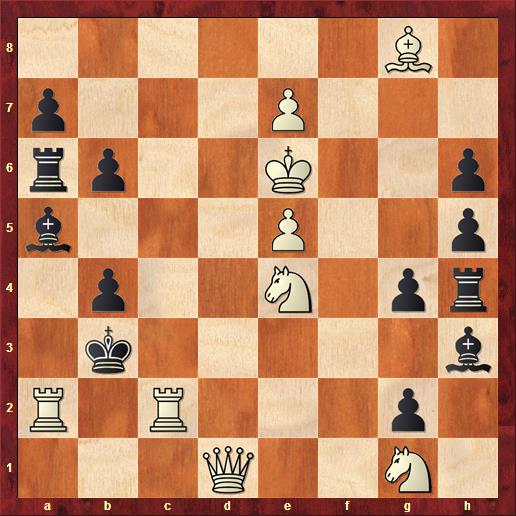 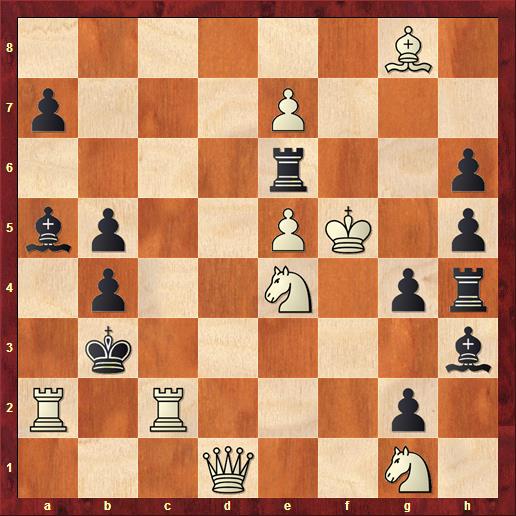 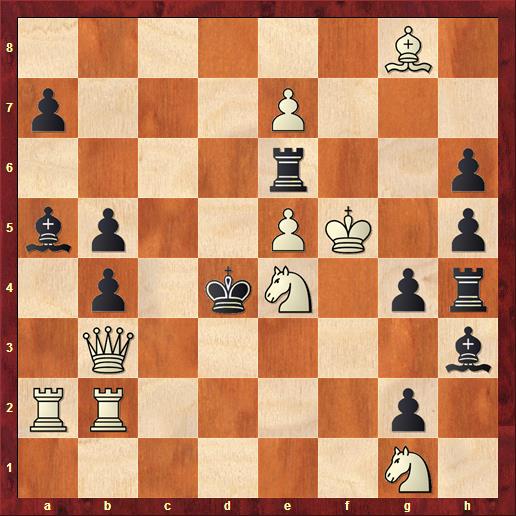 and now we force black to fire his second battery with 5. Nf3+ gxf3 mate. 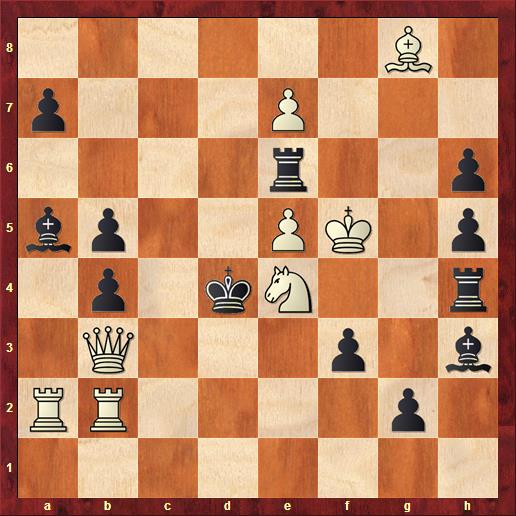 Pretty cool! But what if black had started with 1. ... g3+. Having seen the first line, you might enjoy working this out or yourself. Play now continues 2. Kd6+ Be6. 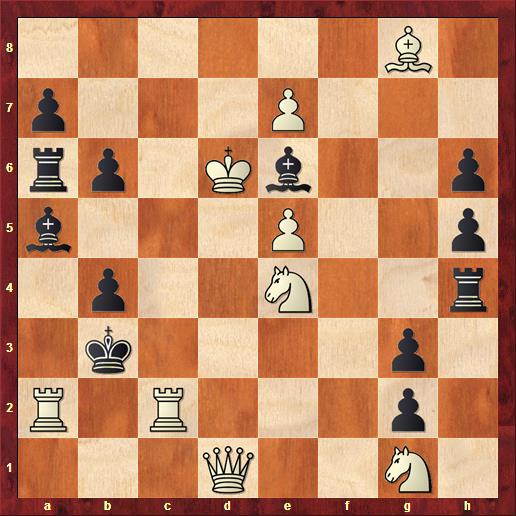 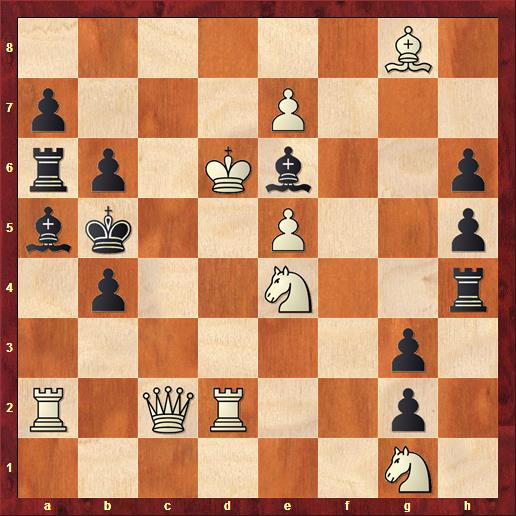 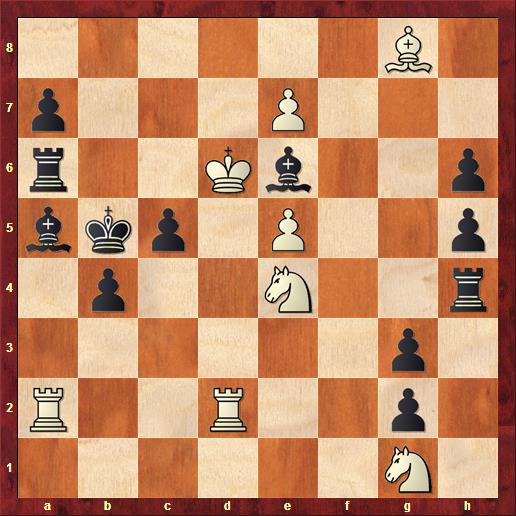 See what I mean about controlling the explosion of black activity!

Great problem! Incredibly, this only won second prize in its tourney. First prize must have been a real barn-burner.

I'm appreciating this one more the longer I look at it. I'm sure this one has brought a smile to many a face.

Thanks for pointing out the error, now corrected.

I absolutely love this problem! Vukcevich himself described it as one of his favorite problems.