... Astronaut Fish and Other Weird Animals...

"Look, for the last time, we're not angry lesbians! We just considered all of the options and it makes more sense for us to reproduce on our own!" ... "Ha! I told you she'd yell. Yo owe me fifty bucks."

I remember when the story of the blood shooting lizard of the American Southwest was first figured out. The native people of the area had always spoken of the ability of a particular lizard to spew a stream of blood from its eyes. This would be done to thwart attackers. Naturally, as is often the case, scientists working in the area wrote this off as a quaint native belief. And, as is often the case, the quaint native belief turned out to be valid aboriginal knowledge and the scientists were wrong. In this case, it was a scientist working in the area, I think studying these very lizards, and his dog who "discovered" what was already known. It turns out that the dog invoked the response, and this is how the research scientist came to witness the event.

The blood spurting lizard of the American Southwest is only one of a large number of Stories of the Bizarre and Wonderful things in nature covered in my colleague Becky Crew's new book, Zombie Tits, Astronaut Fish and Other Weird Animals

. The book is not actually out yet but it will be soon, and you can probably pre-order it.

There are a lot of books out there that will take you through a tour of the animal kingdom, and frankly they all start to look a lot like each other, covering the same sexy or bloody themes, making constant and generally unsupportable references to how if a frog does that than a human must work this way, or if a fish does that than this is why women shop and men watch football, etc. etc.

Zombie Tits is not one of those books. Topically, it is organized in easily recognized themes (Hunters, Lovers, Prey, Odd bodies, you know, the usual stuff). And various animals are discussed under each them, and as far as I can tell with good attention to accuracy and detail. But the way it is done is a little ... different. How shall I explain this ...

OK, I'm just going to say it. This book is what you would get if you dropped 750 mics of LSD, stat down with the Animal Diversity Web site, and alternated between reading about interesting animals and writing totally tripped-out stories with those very same animals as the characters in those stories. Then you would get this book.

I can't tell you how often I am on the verge (without the LSD I quickly add, and I'm sure Becky did not take that route either) of writing stuff like this, and if you pay attention you'll see that some of my better bloggy essays do weave a story between the cold and hard and the odd. But Becky does not hold back at all.

From the chapter "Secret boys' club" on Concave-eared torrent frogs (Amolops tormotus) in which there is a very nicely written detailed account of current research on the mating calls and related behaviors of this interesting amphibian, we find a long digression that begins: 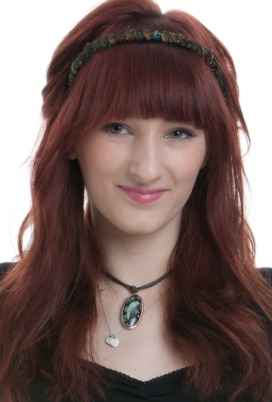 ... and they can LOL about how your best friend clearly wants to do all of them (I'm right there rolling my eyes with you, female concave-eared torrent frogs), but you'll always be the only ones who actually have the concave-eared torrent frog equivalent of boobs, and there's nothing the least bit funny about LOLing about something you just LOL'd your way out of seeing.

For some reason I've mainly picked sexy passages from the book, but honestly, that was totally random. I just stuck a finger in and that's what happened. The topics are more diverse than that. But don't worry, not too much more diverse.

has a list of references per chapter and other supporting resources in the back matter, is not illustrated but is nicely printed, well written, and just feels good in your hands when you read it. Must be that cream paper and perfect binding combination. Of course, I've probably got a pre-publication copy here so I can't say what the final will look like.

This book is for anybody interested in animals and stuff; it will bring new exemplars to the discussion, make you laugh, and perhaps more important, will probably be read and enjoyed by a large audience who would normally read Cosmos instead of animal books. Becky is tricking people into learning cool stuff. Thank you Becky.

My son loved this book... Are there any others you have found in a similar vein? The LSD description is amazingly apt!