I think it was Johan Huizinga, who noted so many things about the Middle Ages, who noted that more than one Christian architect, captured by muslims during the crusades, was put to death for insolence after put to service to design a mosque and making it appear as a holy cross from the sky. If I recall correctly (and this was all before the Internet so nobody is going to check) the idea was this: If you build a church the way your daddy, the architect before you in your lineage of architects, built it, you don't necessarily think of why you are doing what you are doing. Way back in the early days of churchy architecture, they started building churches to be in the shape of a cross (this is commonly known fact). This tradition was passed on and the details forgotten; churches kept being built like crosses but many of the builders didn't really notice what they were doing. These captured individuals pressed into service to design and supervise the construction of the temple of a different religion appeared to be thumbing their noses at their islamic overlords, when really, they were just trying to get by without being noticed.

But then, hundreds of years later, an architect, for some reason or another, designed a Christian Science church to look like a dick from outer space.

One thing that is funny about this is the simple fact that you can't possibly design a church that looks like a human phallus from the sky and not know it. This is what architects do. They design things that look a certain way from the sky. Or at least, several gazillion times, and for the vast majority of time they spend on a given project, they have in view, look at, show off to others, and dare I say, generally fiddle with the view of the building they are designing from above.

Also note, a key motto used by the Christian Science church is "Rise Up."

Also note, this is the Dixon Christian Science church. Enter Beavis and Butt-head stage left. Thank you very much.

The Dixon Christian Science Church has a sense of humor. It has fixed the view of their church from space using an age-old technique invented around the same time those Christian archetects were getting beheaded in Jerusalem by stodgy old fuddy duddies in Europe. They did this: 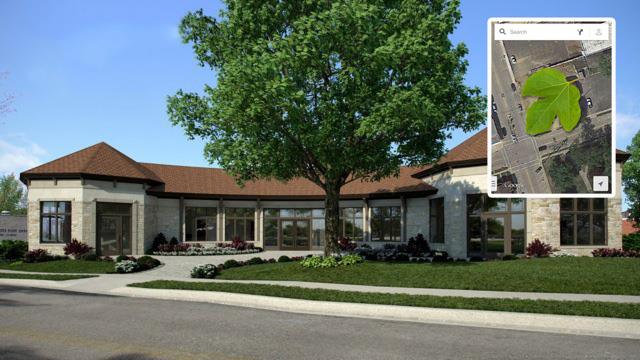 Another One of my So-Called Phallus Photographs

A relative of mine just sent me the following brainteaser. Since it never hurts to flex one's mental muscles, I thought I'd pass it along: It is the month of August; a resort town sits next to the shores of a lake. It is raining, and the little town looks totally deserted. It is tough times,…

I've discovered my new favorite example of artists and scientists working together. It features Cecil Balmond, an engineer for Arup, and Anish Kapoor, the Turner-Prize winning sculptor. They collaborated on Marsyas, the spectacular 2003 installation inside the Tate Modern. David Owen describes…

My better half was clearing plates from the kitchen table as I was cooking something. Dr. Free-Ride's better half: Hey, I thought our kids like zucchini bread. Dr. Free-Ride: They do. That piece was [the kid across the street's] -- always gladly accepts a snack, never has more than a few bites. Dr…

They said the shape was due to the fact that they didn't want to take down that Oak tree its curved around. Yeah, right. I bet that architect's office it top heavy with males.

I think this story has a lot of life left in it. I was hoping when I read "church" that it was going to be some right wing evangelical church. I was kind of sad to see it happen to the Christian Scientists.

We should start a pool to see how long it takes for this story to show up on Jon Stewart's Daily Show. I bet within the next two weeks.

I think I saw that movie.

Remember those military buildings in--San Diego?--shaped like swastikas that someone noticed on Google a few years back. Dealing with right angles, that's not an unreasonable solution to providing the maximum of floorspace, greenspace, and sunlight in a small area. But, everyone in the foodchain of design, approval and construction had to have looked at those plans and seen that they looked like swastikas. What was their next thought? "In this era of air travel and air power, I'm sure no one will notice or care. Maybe, like the Confederate battle ensign, we'll accept it as as quaint symbol of ethnic pride. Now, I must get to work on those rising sun buildings with the red tiled rooves."

EGAD! This is the birthplace of one Ronald Wilson Reagan. Oh, the humanity!

Please show us an aerial photo of this right after a heavy rain, so we can see where the puddles form.

The landscaping needs some vines around the entrance area and on the roof of the (I think) nave.

And how could this thread have gone this far without any excited predictions of the Second Coming?

And this is all so silly. Has the church acknowledged the shape? I heard they have a fig leak over the image on facebook, which I hope it aint true, cuz that would even be dumber then silly.
If I was of that church I would post on facebook that ....
'yes, we can see how sex-crazed atheist might see that, as their pareidolia is rather crass.' or something similar.
But the one thing no one seems to mention is that it is jewish dick as it looks circumcised.