Heather Libby has a nice piece on Climate Thanks here. The Denialists have started to spam the hashtag with their insipid, unoriginal drek. Tallbloke, whom I do indeed consider to be a criminal (as are the rest of them) carrying out crimes against humanity (he sued me once for saying that, which was totally lame) has even joined in, as have some members of the SlymePit adding that special MRA-Science Denailist crossover stink to the mix. But for the most part it is just good people thanking other good people for doing good stuff having to do with climate science and global warming and such.

Thank you very much. 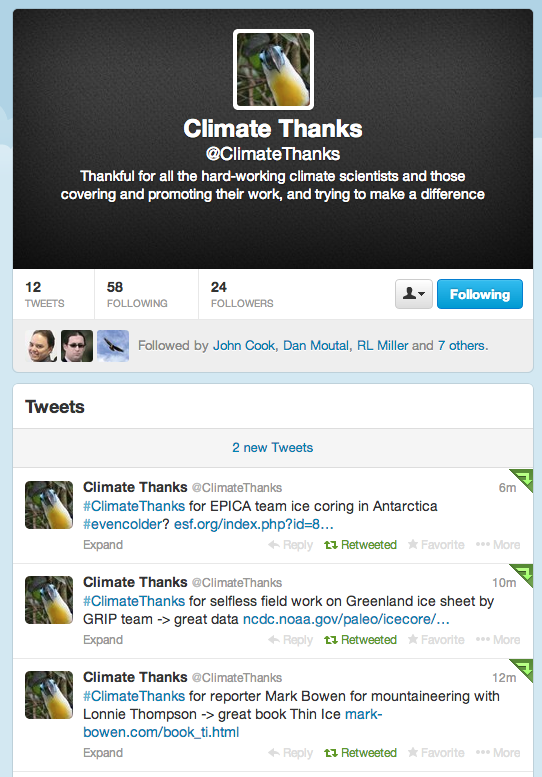 You deserve the Nobel physics prize.

I don't have a twitter account and I gather this is a twitter thing so I'm just going to use this thread to say thankyou again to all the climatologists and climate activists working to understand and help mitigate the real issue we have with Human -Induced Rapid Global Overheating.

Know that you are appreciated and valued, I think by the majority and certainly by me.