Hey, how about this weather?

The drought in California is really bad. Bad enough that people are struggling to describe it. 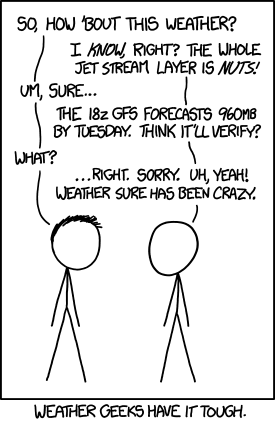 Douglas (below) suggests that this may be the biggest weather story of 2014, and the reason for that is food. They grow a lot of it in California, but those who developed this 21st Century breadbasket did so with too much hubris. Hubris about water, to be specific. It will be interesting to see if discussions about food prices turn into discussions about food availability, at least for certain kinds of food, as the non-growing season develops there.

Meanwhile the Polar Vortex came to visit a few weeks ago and never really left. They should make a movie. "National Lampoon's Polar Vortex." The cold has stressed supplies of natural gas (exacerbated by a major pipeline explosion in Canada). Here in Minnesota there is a propane shortage. Brat on the weber is in danger as a thing.

The Vortex is connected to the drought, as both are caused by a configuration of major air masses also manifest as the meandering jet stream. And, with this comes also the parade of storms that have marched across the middle of the US and in some cases dumped snow where snow is usually not dumped.

The future is not rosy. There is no end in sight for the drought despite a smattering of snow and rain in the west. The Polar Vortex is expected to hang around for several more days, and then perhaps move on, but quite possibly to return not long after. There may be a major nor'easter in the Northeast this coming weekend.

Here's Paul Douglas's latest summary of the weather from his WeatherNation YouTube ChaNnel: