Weekend Diversion: Celebrating Science and Believing in Yourself

Every weekend, I try to come to you with a story that is a break from the regular physics and astronomy stuff I write about. This weekend, I was listening to a sweet song by Alison Krauss, 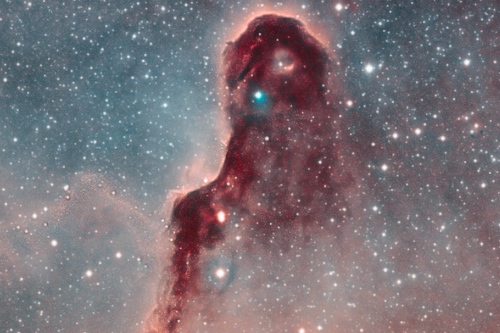 Yeah. It's an elephant. Maybe a snuffleupagus, but probably an elephant. And one of the first things that comes to my mind about elephants is the story of Dumbo. 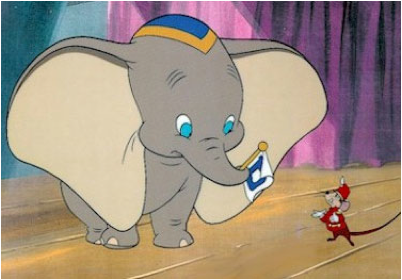 For those of you who are unfamiliar, Dumbo is an elephant born with unusually large ears, and gets made fun of mercilessly for being different. Dumbo winds up outcast and alone, with a mouse as his only friend in the world.

But the mouse believes that Dumbo's differences can make him a great success -- a star, even -- if only Dumbo believed in himself. So the mouse comes up with a gimmick to give Dumbo some self confidence: the magic feather. 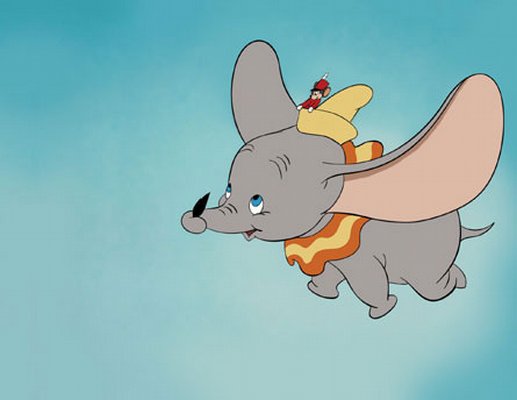 And with this new self confidence, Dumbo discovers that he can use his ears like wings, and fly. At the climax of the film, Dumbo is ready to return to the circus -- the site of his disgrace -- and prove all the naysayers wrong. With the magic feather firmly in his trunk, Dumbo is all set to leap from his platform and fly around the big top, rather than fall in failure.

But at the start of his fall, the magic feather slips out, and he's falling, and he's scared. 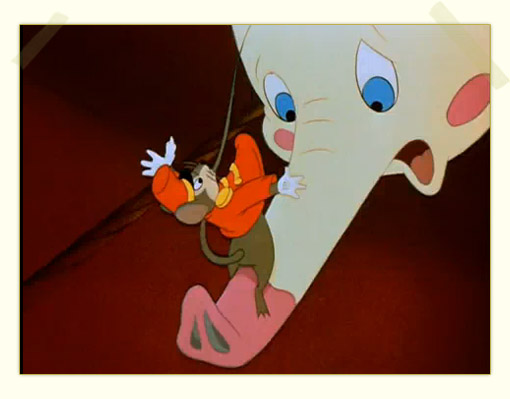 The mouse pleads with him, "Dumbo! C'mon, fly! Open them ears! The magic feather was just a gag! You can fly! Honest, you can! Hey, open 'em up! Hurry! Please!"

And, of course, he does. He can, and he does. Because there's no such thing as a magic feather, he just needed some help believing in himself. 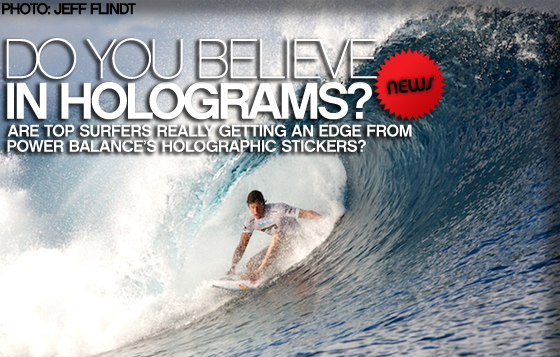 And it isn't just outcasts, some professional athletes use their own magic feathers. And there's nothing wrong with that. Except over at Power Balance, they've made over $75 million selling these magic feathers -- bracelets with holograms -- and claiming that they improve your balance, and can help you be the next champion surfer, NFL quarterback, or NBA champion.

And if there's one thing that science is good for, it's testing whether these power balance bracelets actually do anything real, or whether this company is getting rich selling you "magic feathers." 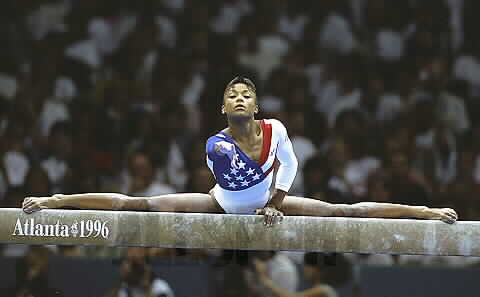 Enter Olympic Champion Dominique Dawes, all-around awesome athlete and person. Together with the non-profit organization, the Center for Inquiry, she decided to scientifically test whether these bracelets improved balance, strength, or speed by running an obstacle course.

I'm not going to lie, it looked like fun! Every participant ran the course four times, with one of four difference bracelets strapped to their wrists. Three of the four times, they were wearing power balance bracelets, while one out of four, they had on a simple piece of plastic, with no way to tell which was which.

If there were an effect, you'd expect that three of the four times would be comparable, with one much slower than the rest. 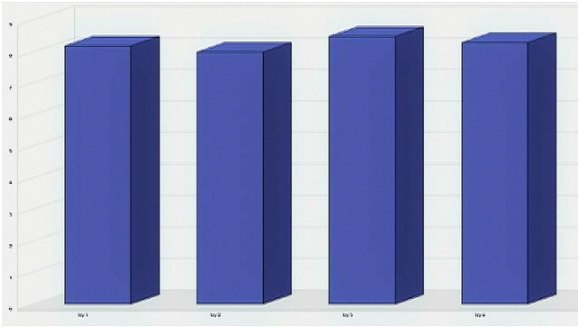 The results show no effect. There was neither a measurable improvement nor a hinderance whether you wore the "power balance" bracelet or a plain piece of plastic. You can watch the entire 3 minute-long video here, but Yahoo! will not let me embed it on my site.

It wouldn't be so bad, if these bracelets weren't $30 apiece, and if this company hadn't already defrauded more than 2.5 million people by selling them this piece of plastic under the guise that it does something!

So don't buy the hype; the ability to succeed is inside of you. So kudos to you, Dominique Dawes and the Center for Inquiry, and hope you spend the rest of this and every other weekend believing in yourself!

... All of my comment contributions to your posts are variations of:

So kudos to you, Dominique Dawes and the Center for Inquiry

Kudos indeed. Thanks for this Ethan.

Of course the POWER BALANCE BRACELETS didn't work when they were covered up: everybody knows holograms need light to work!

Joking aside, I learned one thing from watching the video.
Dominique Dawes: smart.
Lamar Odom: dumb. Or perhaps just unethical and paid off.

With technology so powerful, you wouldn't want to take a chance your hologram is a fake. A fake hologram might invert your energy field, sucking its chi into the zero-point continuum. Fortunately, Power Balance offers a "Report a Fake" page so you can tell the real fakes from the imaginary.

I see from their web site (see under 'legal' at the bottom), that you have comprehensively broken their terms and conditions, by referring to them negatively. The summons should be in the post :0)

davem- too bad the legal opposite of "negatively" isn't "accurately".