Climate Science As A Second Front for Biology Teachers

The American Biology Teacher has hosted a guest editorial by Glenn Branch and Minda Berbeco of the NCSE. The editorial points out that climate science is under a similar sort of anti-science attack as evolution has been for years, though generally with different (less religious) motivations. Also noted is the problem of fitting climate change into the curriculum, especially in biology classes. Indeed, biology teachers are already having a hard time getting the standard fare on the plate. In recent years, for example, the AP biology curriculum has jettisoned almost everything about plants, which were previously used as examples of physiology owing to both their relevance and the relative ease of using plants in biology labs. Branch and Berbeco note that climate change has not made its way that far into the biology classrooms, but there are already anti-science efforts to keep it out.

... a backlash against the inclusion of climate science – and anthropogenic climate change in particular – in the science classroom is under way. For example, when West Virginia became the thirteenth state to adopt the NGSS in December 2014, it was discovered that beforehand a member of the state board of education successfully called for changes that downplayed climate change... Nationally, according to a survey of 555 K–12 teachers who teach climate change, 36% were pressured to teach “both sides” of a supposed scientific controversy, and 5% were required to do so. 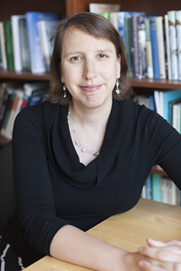 I interviewed Minda Berbeco, who is the Programs and Policy Director at the National Center for Science Education, about climate change in the classroom.

Question: Should Earth System Science (which would include climate change) become one of the core areas of science teaching in high schools? If so, are there efforts underway to move this along?

Question: My background is more in biology but as a palaeoanthropologist I’ve studied several areas of what would might be classified as “Earth Science” or even “Physical Science” so I’m more comfortable with a cross disciplinary approach. Since climate change is normally considered a physical science (in college or advanced studies) and high schools tend to stick with the silos (clearly defined disciplines), shouldn't we expect climate change be taught in physical sciences or geology rather than biology?

Answer: As a biologist, I'm always really surprised by this question, as there are many people who think that climate change only intersects the Earth sciences. This is a very one-dimensional view and completely ignores not only how climate affects organisms and ecosystems, but also how organisms and ecosystems in turn affect climate. It turns out that many biology teachers across the country agree with me, since we are finding that a significant number of them are teaching about climate change, even when it is not in their state's science standards.

Question: I think it might be true that among high school science teachers, we see denialism of evolution to a higher degree among physical science teachers than biology teachers. This may not matter too much since evolution is rarely taught in physical science classes, though it certainly can be disparaged or denied there. Since climate change might fall under the preview of physical sciences in some curricula (as would geology and earth systems), will we see a larger amount of, or a new kind of, conflict among the teachers themselves as climate science is more widely addressed? (and by extention among administrators whom we need to support teachers under fire)

Answer: I'm not sure who challenges evolution more, physical science teachers or biology teachers - obviously because evolution is more often covered in biology classes, that is where we tend to hear about it. As for climate change, the challenges that we see actually have less to do with outright denial, and more with teachers genuinely not realizing what the evidence shows or trying to bring in "both sides" as a critical thinking exercise, knowing that the evidence clearly demonstrates that humans are largely responsible for recent climate change. We don't have students debate "both sides" of whether mermaids exist or that viruses cause disease, so why would we do it with climate change? Plus there are far better questions to ask about climate change, like how it will impact animal migration or the spread of disease, that scientists are actually asking. Why not have students study that?

Question: You note that the motivations for denying evolution vs. for denying climate change are different. But given that there is a link between certain political affiliations and things like secularism (or anti-secularism) there is some overlap in who is involved and to some extent why they deny science. (Denying science is convenient for a lot of reasons.) Are you concerned about future alliances forming in the anti-science world that may strengthen attacks on climate science in public schools?

Answer: Certainly there is cross-over between different groups who disagree with what the scientific consensus shows on climate change and evolution, and alliances can form as a result of that. This can backfire as well though, as many people who deny climate change would bristle at the thought of working with a creationist. They have somehow convinced themselves that with regard to climate change they know better than the overwhelming majority of the scientific community, but when it comes to evolution, of course the scientists are right. It's a little mind-boggling to imagine, but it is something that we've seen quite a bit.

Question: Both evolution and climate science are brought into social sciences (or other non-hard science areas) in schools in the form of debate topics. (see below) Typically these approaches involve the presumption of there really being a debate. Which there isn't. Is NCSE monitoring this, or addressing this problem in any way?

Answer: We definitely pay attention to these sorts of things, and we are not fans of students debating "both sides" of the science, as it elevates non-science to the same level as science. Although having students debate the science of climate change is clearly counterproductive, having students debate issues in climate change policy is fine. There are a lot of options, from energy efficiency to carbon taxes, making it an ideal topic for a social studies or government class. Climate change is an issue that students will have to deal with as adults, so it makes sense to try to give them practice in a government class on how they will navigate the policy decisions that will need to be made. We've seen science teachers connect with social studies teachers to address this issue, where the students learn the actual scientific evidence in their science class and then debate the policy options in their social studies class. This is a totally appropriate approach and is an interesting way of showing students how science can inform policy.

Question: I think nearly all biology teachers know that the official line is that evolution is for real, so even if a biology teacher is a creationist they know that they are going off script to deny (or avoid) evolution. Is this true for climate change? Are teachers who have classes that might include climate science all aware of the fact that climate change is not a scientific issue (it is mainly well established science)? Or are many of these teachers under the impression that there is a debate?

Answer: Unfortunately, there have been many groups who have spent a lot of time and money attempting to undermine the science in the public’s eye, and teachers are just as susceptible to these efforts as anyone else. We've rarely run into a teacher who has malicious intent when teaching incorrect information about climate change. What we find more often is that they are not familiar with the evidence or take it on as a critical thinking exercise, having students debate "both sides". Like I said earlier, we are not big fans of this approach.

For those interested in resources that might be useful to science teachers, or the parents of kids in public schools, see THIS PAGE. For those who wish to know more about the activities of the NCSE, or who are concerned about anything going on in your local school or your child's classroom, visit the NCSE web site. Also, please not that the NCSE Climate Change Bumper Sticker contest is still seeking submissions!

But there were mer-folk in the Goblet of Fire ...

So glad I'm not in school this century. Someday my grandkids will think I'm senile when I talk about Darwin. Or they'll turn me in to the thought police.