You've seen this horrid person in this horrid video calling for white people to take up arms and kill black people (and maybe Jews). 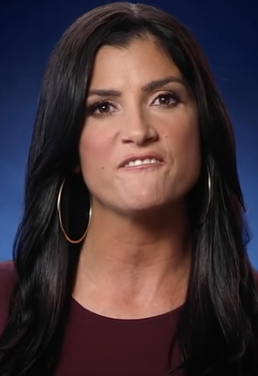 In this video, the NRA calls white supremacists to arms against everyone. In so many words.

The ad uses mostly dog whistles, so if your head is stuck deep in the sand, or up some orifice or another, you may be able to block out the message.

But anyone with 2+ neurons to rub together and who has not been living in a cave for the last 30 years knows the exact meaning of "clenched fist" and "I'm freedom's safest place [gasp]" against the propaganda spread by the (here's the part about the Jews) entertainment industry about how "them," "them," "them," and "them" (insert visuals of uppity black people).

I'm not going to link to that appalling ad. But it has been described as

a ... propaganda video disguised as a recruitment ad that takes aim at the Black Lives Matter movement and uses lies in order to whip its supporters into a frenzy and encourage them to take up arms to protect themselves from a supposed enemy.

As activist Deray McKesson notes, "If I made a video like this, I'd be in jail."

Don't just watch part of it, watch the whole thing. It has a structure you do not want to miss.

I guess I've been in a cave. Walk me thru freedom's safest place?

Black Lives Matter started in response to Fake News from the TrayVon Martin shooting. George Zimmerman is white, photo of TrayVon from grade school, Zimmerman said 'coons', 'He looks like he's up to no good, he looks black'

For those with their head up their ass, that has been the safest place for freedom, since they never hear a discouraging word up there. It's all echo chamber.

This may be where you've spent the last 30 years, "mike".

Oh, and again with the "fakenews"? Seriously, you use it so frequently and so disconnected with reality that it merely means "news".

And the timeline you imagined is also pulled straight from someone's anus.

"As activist Deray McKesson notes, “If I made a video like this, I’d be in jail.” "

I think it would be nice to see, say, some Jewish organisation making just such a video.

I'm assuming that they are sane enough that the minority who would be affected by this and think it genuine among the Jewish community would be so small as to be nonexistent. TBH, I'm pretty sure that Muslims in the USA would be unphased by the rhetoric and not take it for real.

But the whiteys would go up in flames. The numbers of them who believed it real would be massive and the media would give them every prop and platform to berate it.

Just make it as identical to the "original" and air it and point out all you did was change the voiceover actor and a few of the terms, yet that version got nothing.

" their schools " is really really an odd thing to say.
The whole thing is bent as batshit, but the " their schools " takes
things to a different level of bentness.
I woulda thought this mob would love the entertainment industry with its John Wayne and Clint Eastwood flicks promoting guns.

"Fake news" has - in common with "equal rights", "freedom", "justice", "fairness", "opportunity", "truth", and other such concepts - the property that it means one thing for ideologues and a different thing for rationalists.

And that difference is that for the former the meaning is some permutation of Orwellian Newspeak, whilst for the latter it is something that can be objectively corroborated by any dictionary definition.

Bernard, I think I've made the comment here before, but you have misunderstood 1984 with regards to Eurasia and Eastasia.

And I think it was made clear what precisely your error in that claim was at the time, "mike".

Russia i.e., the Russian Mob, i.e., the Putin Oligarchy and their friends in the West have really done a great job of weakening America by stoking the fires of racism, violence, insularity and fear. From Orly Taitz and the Birther movement, to the cozying up of religious nuts in America with the Russian Orthodox Church, from NRA Russian interactions, to attacks upon the free press, we are witnessing an undermining of American and Liberal values through the traitorous complicity of the racist right wing underbelly of Murka. Looked at from this point of view, Taitz, Trump, Priebus, Miller, and Bannon might be seen as the advance guard for a traitorous movement to control the US from Russia. Of course, the followers of these people will paint a different picture.

But Trump looks very very much to me like an extension of the vile Russian Mob.

We of tribe Science need, IMO, to get our shit together very quickly and realize that the Republicans, the Racists, and the Russians are teaming up and gathering more and more political power. If they are not thwarted, the outcome is probably going to be most unfortunate for those of us who like to engage in more cerebral and less reptilian pursuits.

Since he's been bankrupt and defaulted on payments and contracts so often every bank has refused him loans or credit. He's garnered money form the Russian mob and laundered international money (hence the deals in real estate: the safest way to launder millions). No surprise he acts like he does and is in bed with the people he is.

Yeltsin himself, in fact, would later describe Russia as “the biggest mafia state in the world.”

The good news is that the flood of readily available information linking Trump and the Russian mafia is undoubtedly being looked at with interest by the special prosecutor. The bad news includes the fact that a big chunk of Murkans are too stupid or too mesmerized to realize that Trump's Russian mob connections are not benign. Also in the bad news column, the line of Murkan Presidential succession includes first, a creationist, and then, an adolescent minded dip stick with a woodie for Ayn Rand. Followed by a sadly perforated congressman with way too many racist friends.

Dana Loesch doesn't look as good here as she does on the cover of her 2015 book Hands Off My Gun. But she's no more correct in the book, which is pro-gun propaganda.