Tom Levenson is a professor, a teacher of journalism and science journalism, and an Einstein scholar. He also knows a thing or two about Isaac Newton.

One of my favorite non fiction books of all time is Newton and the Counterfeiter: The Unknown Detective Career of the World's Greatest Scientist

. One of the reasons this book is so good is because the author is an expert on the subject and a great writer. These are not necessary or sufficient conditions to make a book good, but probabilistically, if you've got both you'll probably be spending your book money well most of the time. 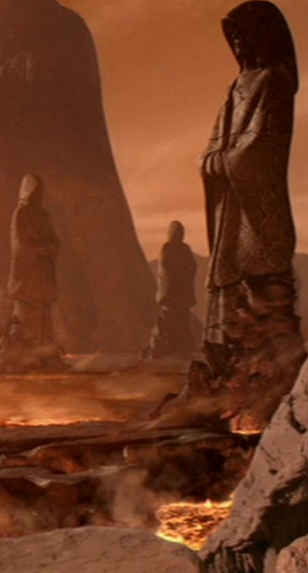 Anyway, the purpose of this post is to inform you that Levenson's The Hunt for Vulcan: . . . And How Albert Einstein Destroyed a Planet, Discovered Relativity, and Deciphered the Universe

is currently on sale, in Kindle form, for two bucks!

The Hunt For Vulcan brings together Levenson's Einstein expertise and his Newton expertise and his expertise on other things to look at this interesting historical thread whereby Newton predicted the existence of Planet Vulcan, everybody looked for it but did not find it, and Einstein ultimately explains it all.

Little did any of them know that Vulcan does actually exist. In a galaxy far far away accessible only with a five year voyage ...

To help you make your decision about spending this $1.99, here's the publisher's blurb. I do not know how long this deal will last so act before midnight!

The captivating, all-but-forgotten story of Isaac Newton, Albert Einstein, and the search for a planet that never existed

For more than fifty years, the world’s top scientists searched for the “missing” planet Vulcan, whose existence was mandated by Isaac Newton’s theories of gravity. Countless hours were spent on the hunt for the elusive orb, and some of the era’s most skilled astronomers even claimed to have found it.

There was just one problem: It was never there.

In The Hunt for Vulcan, Thomas Levenson follows the visionary scientists who inhabit the story of the phantom planet, starting with Isaac Newton, who in 1687 provided an explanation for all matter in motion throughout the universe, leading to Urbain-Jean-Joseph Le Verrier, who almost two centuries later built on Newton’s theories and discovered Neptune, becoming the most famous scientist in the world. Le Verrier attempted to surpass that triumph by predicting the existence of yet another planet in our solar system, Vulcan.

It took Albert Einstein to discern that the mystery of the missing planet was a problem not of measurements or math but of Newton’s theory of gravity itself. Einstein’s general theory of relativity proved that Vulcan did not and could not exist, and that the search for it had merely been a quirk of operating under the wrong set of assumptions about the universe. Levenson tells the previously untold tale of how the “discovery” of Vulcan in the nineteenth century set the stage for Einstein’s monumental breakthrough, the greatest individual intellectual achievement of the twentieth century.

A dramatic human story of an epic quest, The Hunt for Vulcan offers insight into how science really advances (as opposed to the way we’re taught about it in school) and how the best work of the greatest scientists reveals an artist’s sensibility. Opening a new window onto our world, Levenson illuminates some of our most iconic ideas as he recounts one of the strangest episodes in the history of science.

We don't have the science to explain everything. We have to bear in mind the unexpected. Don't be surprised if - unexpected and contradicted by today's scientists of our planet - steerable planets are detected some day.

Of course we don't have the science to explain everything. Because that's when there's no more science.

But who the hell says that woomancering and idiotic psychic scams will explain ANYTHING, let alone "everything"?

Why does god need a starship?

Yeah, right. For how much longer?

Point and laugh at the moron.

for all the 'wows it all' in this world.

and for others too.

It can help. Good luck.

Yeah, right, avoiding the answer because despite claiming to have a "real" psychic telling the future rather than the normal ones who pull it straight out of their colon, you have fuck all..

So rather than waste my life listening to some new and different woomancer go all bullshit on the tubes, how about telling ys how long we have to wait before your "second coming of christ" event so, like with all BS woo claims it can pass and not happen and we can laugh at you some more while you scrabble for a "reason" why it's totally gonna happen next time for sure.

If that is waaay above your pay grade,great boogers, how about explaining what it is about steerable planets that is contradicted by science?

Still pointing and laughing at you, boogers.

complaining doesn't help you, boogers, I'm not the one that needs help.

Still pointing and laughing. 50 minute of youtube in place of an answer, and that YT vid being some wide eyed woomancer blithering on about the Age of Aquarius.

And what cursing, boogers?

Gerrit, did you skip the part of your education where you should have learned anything about science? The video you posted consists of so much stupidity you are rivaling American tea baggers in that area.

Gerrit. I started to watch but fell asleep in the first minute after mention of a partial lunar eclipse and of the Lion's Gate Portal (whatever that is).

Sheesh! In the month of August a far more interesting and tangible display is from the Perseid meteor shower.

Lionsgate? Portal? Does that mean Hollywood will be making a movie based on that computer game? Cool!

Never got that far.

Thanks Greg, I just bought both books mentioned. I've read some about both Vulcan and Newton vs counterfeiters but will enjoy more detail.

coping with things which irritate us the most can pave a way to (more) understanding...

If we wish to come any further, and if we wish to distinguish between true and false, we need to develop consciousness of bias, which bias hinders us developing and practising methods of research of terra incognita and of establishing different laws of nature.

Gerrit, we also need to realize that mediums and psychics are charlatans and provide no valid insight to the world around us, the mythical "afterlife", or anything else. It is all crap, and your infatuation with the crap is astounding.

But talking bollocks rarely does. And pretending we are comprehending when it isn't happening merely stops you looking for enlightenment because you've fooled yourself into thinking you've already done that work.

"if we wish to distinguish between true and false"

You have to be willing to accept what you thought was true and has been found to be false is indeed false and drop it.

And where is the explanation of how your BS bloviating is relevant?

What the hell is "unexpected and contradicted by today’s scientists of our planet" in "steerable planets"?

And what is the "someday" they "are detected"?

And what the hell does some wide-eyed woomancer on the youtubes blabblering about energy and aquarius and other rubbish in any way an answer as to "wait till when?"?

PS still pointing and laughing at you, boogers.

Unless great boogers says otherwise, I will assume that his latest crazy is that the eclipse in the USA on the 21st will be an event changed by some planets being driven into view.

So we just wait till the 22nd and point and laugh at his stupidity.

We don't have to postulate steerable planets. A visiting starship could look lust like a planet in 19th century telescopes.

PS $1.99 is a great price for the Kindle edition. Unfortunately here in the UK it costs £6.50. Amazon do this a lot and it does not endear them to me.