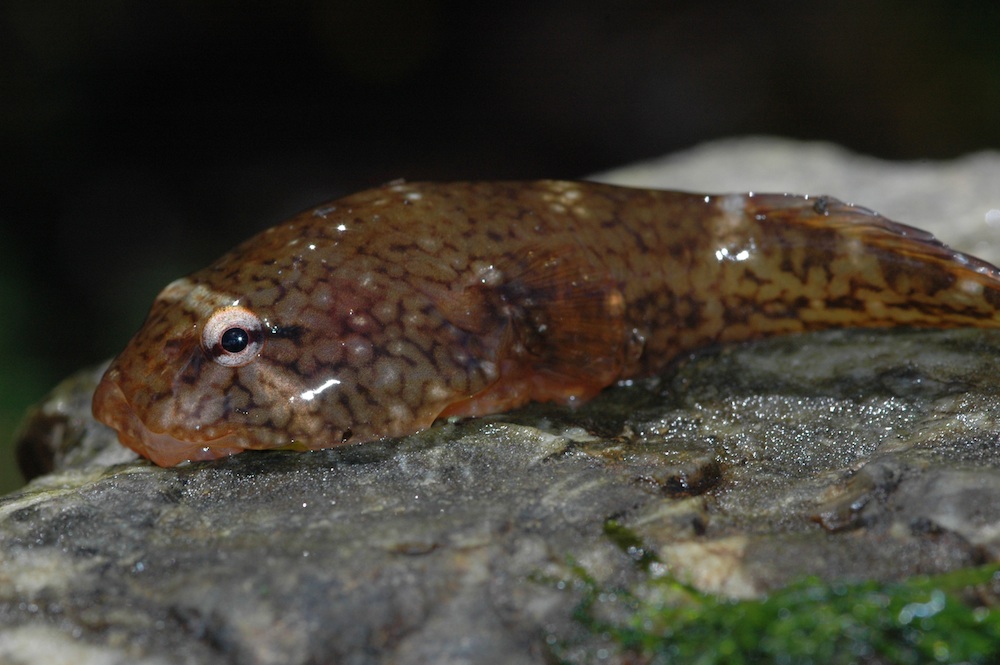 Live Science posted a story recently on the sticking power of clingfish. Northern clingfish, like the one shown in the image above, live in turbulent waters off the Pacific Coast of North America. In order to cling to surfaces, the animals have what are called adhesion discs on their bellies that they use to hold on tightly to various surfaces.

Biologist Adam Summers at the University of Washington has been studying how these fish cling to surfaces. His research team put a variety of sandpaper textures into a tank of water and placed either commercial suction cups or dead clingfish on the sandpaper (to remove any physiological actors leaving just the adhesion discs to study). They then measured the force needed to pull either the cups or the dead fish off the various surfaces. The dead animals clung better to all but the smooth surfaces better than suction cups. The trick, they discovered, were tiny hairs (microvilli) that induce friction and help the adhesion disc stick to rough surfaces.

Summers and colleagues are now trying to create commercial adhesive structures similar to the microvilli on clingfish. They believe this technology will be useful in the advancement of medicine, home and technology.