Check out this flying dinosaur 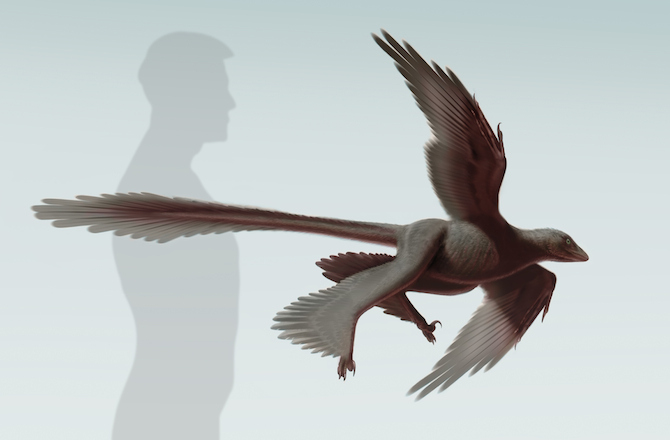 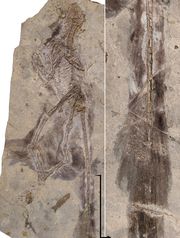 Photo of fossil by: Luis Chiappe Dinosaur Institute, NHM as published in the USA Today

The discovery of  this non-avian dinosaur, Changyuraptor yangi, that lived 125 million years ago suggests that flight came before birds. The fossil was discovered in the Liaoning Province of northeastern China by Luis Chiappe from the Natural History Museum in Los Angeles, CA. At nearly 4 feet long, it is the largest so-called 4-winged dinosaur discovered. The term "4-winged" comes from having the appearance of a second set of wings on their legs. Weighing in around 9 pounds, it is not yet clear whether this behemoth could launch flight from the ground or from a perch.  Chiappe was quoted as saying, "At a foot in length, the amazing tail feathers of Changyuraptor are by far the longest of any feathered dinosaur.” The impressive tail feathers suggest that the animal could slow down its flight while landing.

I wonder what type of myosin this dinosaur had in its flight muscles...