Fasting as a survival strategy in animals 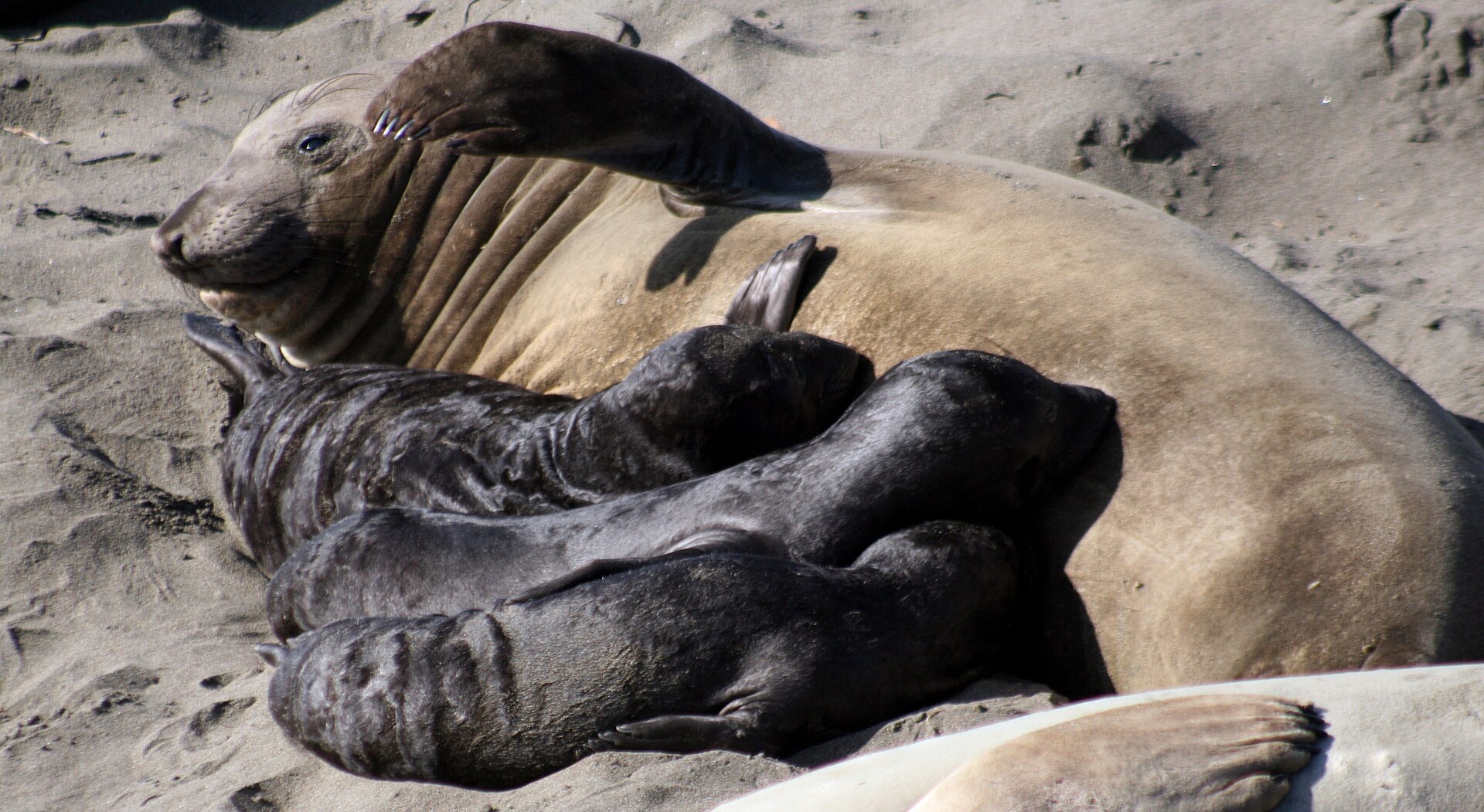 Although female northern elephant seals only typically deliver one pup, females will sometimes nurse offspring from other mothers as in this photo by Brocken Inaglory via Wikimedia commons. A situation like this would result in less milk available to each nursing pup.

I just read an interesting paper published in Physiology. Animals periodically undergo periods of food deprivation such as during hibernation, mating, molting and migration. During these period of fasting, they become insulin resistant which helps to preserve glucose stores in the body. In this review, the authors explore the role of the thyroid in regulating adaptation to fasting.

Energy production in cells is controlled in part by thyroid hormones. This is because thyroid hormones help stimulate the creation of proteins involved in metabolism. In most animals, levels of thyroid hormone decrease during fasting. This is not the case for northern elephant seal pups, however. Rather, thyroid hormone increases in these animals during their 2-3 month fast. In contrast, hibernating black bears show signs of diminished thyroid hormone concentrations.

Another adaptation to fasting is the development of insulin resistance. This is a good thing during fasting as it ensures that the brain can continue to metabolize glucose. What is interesting is that thyroid hormone and insulin may be linked such that changes in one, may impact the ability of the other hormone to function properly. For example, too much thyroid hormone can increase blood sugar by promoting the uptake of dietary glucose into the blood, by disrupting the glucose storing properties of insulin and by promoting the formation of glucose from fats or proteins in the liver. Too little thyroid hormone, on the other hand, promotes the release of insulin and lowers blood glucose by inhibiting its production in the liver and uptake from the digestive tract. Striking a balance that allows for the efficient use of energy during periods of food uncertainty is paramount to the survival of animals that periodically undergo episodes of prolonged fasting.