Why we should make a fuss over broken windows

In 1982, criminologists George Kelling and James Q. Wilson published an article in The Atlantic Monthly called "Broken Windows." The theory they laid out became known as the Broken Windows Theory. It holds that people are more likely to commit crimes in areas that appear unwatched and uncared for - i.e., "if a window in a building is broken and is left unrepaired, all the rest of the windows will soon be broken...[because] one unrepaired broken window is a signal that no one cares, and so breaking more windows costs nothing," as put in the Atlantic article. 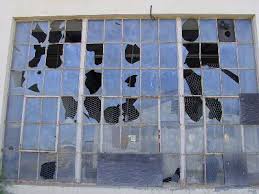 Read The Rest Of This Post
The article started a movement that belived a cop's primary duty was to enforce order, not respond to serious crimes. Police chiefs and lawmakers hoped that by cleaning up the little things, larger crimes could be prevented. Perhaps the most famous example of the Broken Windows Theory implementation is in New York. Upon election, Giuliani fullfilled a promise he'd made to the citizens of New York to crack down on small crimes to improve the quality of life in the city. And on his watch, violent crime was cut in half and the murder rate plummeted a staggering 70%. Champions of the theory called it a proof, and even critics were hesitant to disagree.

Since then, however, the critics have become more vocal. Scientists have sought to measure the correlation between neighborhood disorder and criminal behavior, and have not found strong associations. Harvard sociologist Robert J. Sampson and University of Michigan education professor Stephen Raudenbush studied visable disorder as compared to census data, police records, and an independent survey of more than 3,500 residents. In this study, they found that the level of disorder wasn't the strongest factor in making people think the neighborhood was unruly - it was the number of minorities, specifically blacks and hispanics. This bias was across all races, not just the whites. Because race rather than the condition of a neighborhood was the dominant factor, the authors argued that ''it may not make any difference whether someone addresses the so-called broken windows... Contrary to the 'broken windows' theory... the relationship between public disorder and crime is spurious."

The bestselling book "Freakonimics" claimed that it was the legalization of abortion - not fixing broken windows - that dropped the crime rate in the 90s. Legalizing abortion, they argue, led to less unwanted, fatherless children that are likely to become juvenile delinquents and eventual criminals. As they put it, "A careful analysis of the facts shows that the innovative policing strategies probably had little effect on this huge decline... There is frighteningly little evidence that [the broken windows] was the crime panacea that [Giuliani] and the media deemed it."

However, a new, ingenious study out of Norway may shift the results back in favor of the Broken Windows Theory. Published online in Science, the study looked at whether people are more likely to break a rule if they see rules broken. For example, the researchers attached fliers to bike handles in alleys without a trash can. One alley was covered in graffiti, the other wasn't. The unknowing experimenters were twice as likely to litter the useless flier than to dispose of it later if they were in a graffiti-covered alley.

The tests used various means of rule-breaking and disorder, from chaotic shopping carts in a parking lot to the sound of illegal firecrackers. After six such experiments, and the results were clear - where other people had already violated rules, people tended to violate rules themselves, leading to higher rates of littering, illegal parking, and even petty theft.

So why did other studies fail to find such strong Broken Window effects? One possible reason is that they looked for correlation, not causation. This is one of my biggest pet peeves. The trouble with looking for correlation, in this case, is that 'disorder' or 'broken windows' are difficult to classify. How much graffiti makes a difference? Is a little bit of trash enough, or does the neighborhood have to look like a garbage dump? To make correlation studies, you have to make assumptions, and as you probably heard when you were a kid, assumptions just make an ASS of U and ME.

The Norwegian study is much more reliable because it only manipulates one variable at a time. And to find such staggering results strongly supports the Broken Window Theory. While we may not be able to stop all murders by picking up trash, we might be able to make a marked impact on a community by starting small. Busting petty offenders just might help improve a neighborhood and even lower the rates of much worse offenses - by fixing windows, we can do so much more.

The spread of disorder - can graffiti promote littering and theft?

Imagine walking through a neighbourhood and seeing graffiti, litter, and shopping trolleys strewn about the place. Are these problems to be solved, or petty annoyances that can be ignored in the light of more serious offences? A new study suggests that the former is right - even the most trivial of…

The English language is full of metaphors linking moral purity to both physical cleanliness and brightness. We speak of "clean consciences", "pure thoughts" and "dirty thieves". We're suspicious of "shady behaviour" and we use light and darkness to symbolise good and evil. But there is more to…

The Rapture of the Week

666? The Mark of the Beast? The End Times? Or is 666 the emergency number for the local fire department? My neighborhood is going crazy tonight, setting off a gazillion firecrackers -- they're burning up more firecrackers than they do even on Independence Day or New Year's Eve, in fact.…

Steve D. Fischer writes: While you're at it, keep in mind that one of Pim's favorite scientists (i.e. one who also hates guns), Colin Loftin, has said publically that the NCVS (National Crime Victimization Survey) survey - the "Gold Standard" (guffaw) of surveys - undercounts spousal abuses by as…
Advertisment