Having successfully given two talks in Sacramento, I'm spending a few days visiting my sister in Riverside, CA, because it's not often I'm on the West Coast at all. She had to work this morning, so I went on a bit of a hike up and down Mt. Rubidoux, where the city has built a really nice paved trail that winds around the mountain: 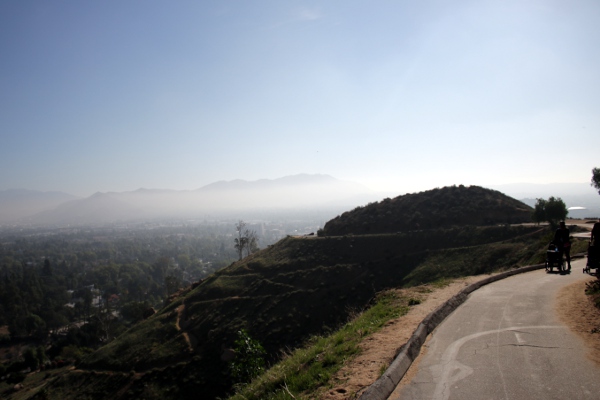 Part of the Mt. Rubidoux trail, coming down from the top.

I went out at around 9am, which had the advantage of being relatively cool and pleasant for walking. The disadvantage is that there was a ton of fog, making it hard to get good photos from up on the mountain. The best I could come up with was to get a little artsy and try to make a virtue of the mists by using a large aperture to photograph something else with the foggy downtown in the background: 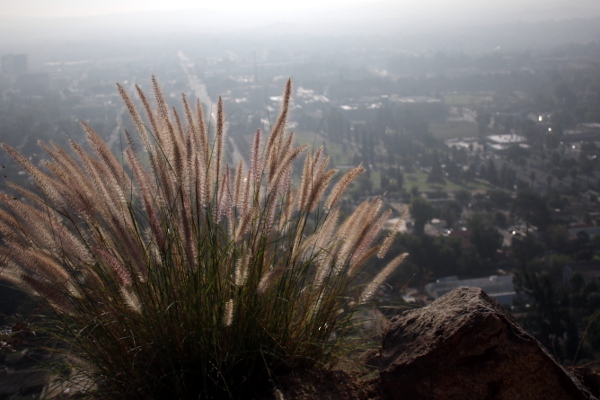 A hazy view of Riverside, CA from the slopes of Mt. Rubidoux. 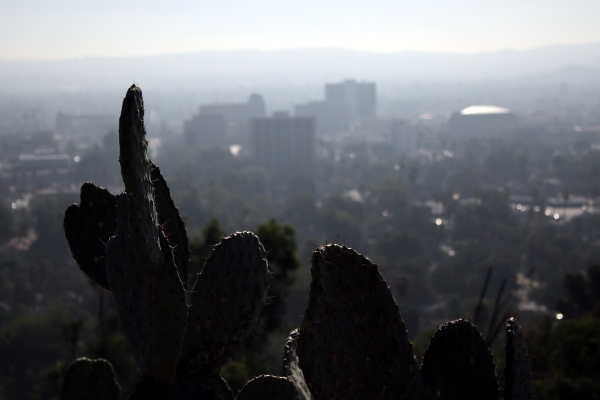 Another hazy view of Riverside from Mt. Rubidoux.

I suspect that if I went up there now, I could get much clearer shots of the city and the valley. At the cost of probably melting, so I'm going to pass on that...

Anyway, it's a very nice trail, and I enjoyed my walk quite a bit. And now, my lingering jet lag and I are going to take a nap.

This is another excerpt from our travel journal to Isle Royale. The first day is here; second day here. Photos by me, text by my husband. Tuesday May 27 Rock Harbour to Mt. Franklin and return I write this on the night it actually happened [hah], with Alice slowly peeling the tape off her feet…

For blog newcomers: On top of being a graduate student and blogging about science, I, on occasion, actually get to go out in the world and enjoy where I live. When I get some good pictures or go somewhere neat, I pass on my experiences with my readers. This is that kind of post. When you drive…

I've got a big backlog of photo-a-day pictures, but finding time to edit and post them is a major challenge. I've got nearly all the editing done, now, so I'll start putting blocks of stuff up when I have time (generally very early in the morning, as I'm awake before everyone else in Chateau…

A while back, I went down to Vroman's Nose in Middleburgh to go for a hike, and found a sign saying that peregrine falcons are known to nest on the cliffs. Since the peregrine falcon is SteelyKid's absolute favorite bird, and the subject of her school research project, this seemed like a good…
Advertisment