A while back, I went down to Vroman's Nose in Middleburgh to go for a hike, and found a sign saying that peregrine falcons are known to nest on the cliffs. Since the peregrine falcon is SteelyKid's absolute favorite bird, and the subject of her school research project, this seemed like a good location for a family hike, so I took the kids down there yesterday. And even though that was really only one day out of a whole week, I got a bunch of really good photos from it, so it will supply all the material for this week's photo dump.

Panorama of farmland from the top of Vroman's Nose.

The view from the top of Vroman's Nose is pretty amazing, but a little hard to capture with the lenses I have. However, you can stitch together several of these to make a pretty cool panorama...

I took shots for multiple panoramic views, and uploaded the whole batch to a Google Photos album in hopes that they would magically decide to do the stitching for me. The Google gods are fickle, though, so I ended up having to download software to do it myself. This is one of those largely inscrutable written-by-UNIX-geeks packages where I'm really not sure what the hell it's doing, but it did a nice job with this one (three shots with the 24mm lens), and one even bigger (10 shots at the minimum zoom of the telephoto, 55mm); both of them are in the Google Photos album if you want a higher-resolution look. 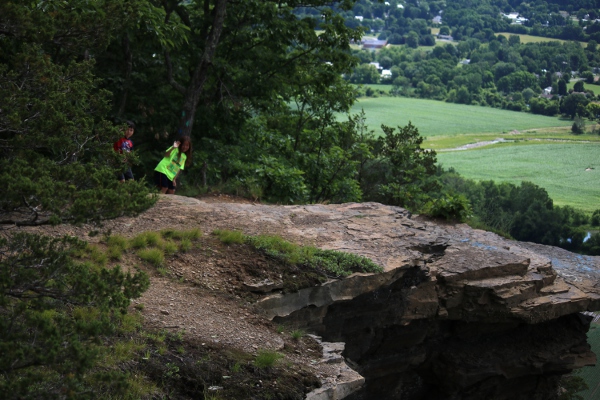 SteelyKid and The Pip wave from a precarious position.

We had a little drama on the way up, but the kids eventually cheered up. Which was good, on the one hand, but on the bad side led to a lot of this kind of thing: the kids getting way out ahead of me, along the edge of a sheer cliff a couple hundred feet high. This was only a little terrifying, especially since I was solo-parenting this trip (Kate has a stomach bug, and stayed home in bed). 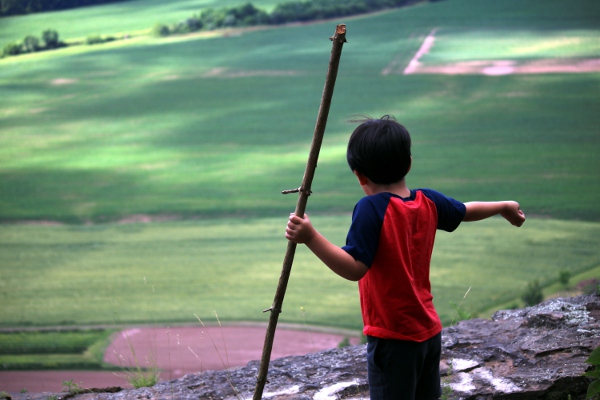 The Pip holds forth atop Vroman's Nose.

To be fair, SteelyKid showed a good degree of caution about the cliff edges. Her brother, on the other hand, was prone to grand sweeping gestures as he talked about how high up we were, and how wide the valley was, and so on. At least I managed to get him to stop skipping and jumping while we were near the cliffs... 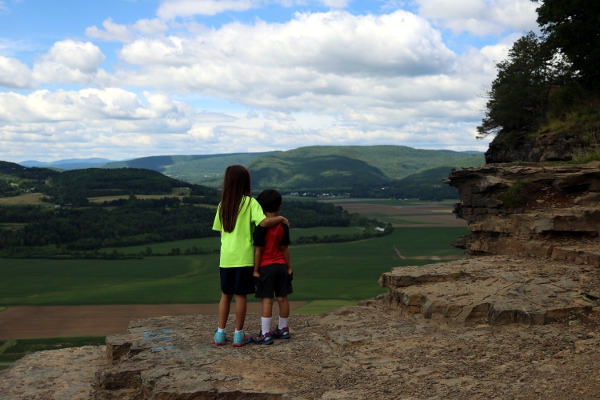 SteelyKid and The Pip looking over Scoharie County from arop Vroman's Nose.

Scary as it occasionally was, it was worth it for super cute moments like this. Which I wasn't sure we'd actually get, as The Pip ran into SteelyKid with his walking stick on the way up the trail, giving her a small cut behind her knee that became a huge issue for a while. About fifteen minutes before I took this, I thought she'd be more likely to thrown him off the cliff. Though that would've involved walking, which she was loudly insisting she couldn't do. While stomping off along the cliff edge faster than I could herd The Pip after her...

Fortunately, the whole thing was redeemed by: 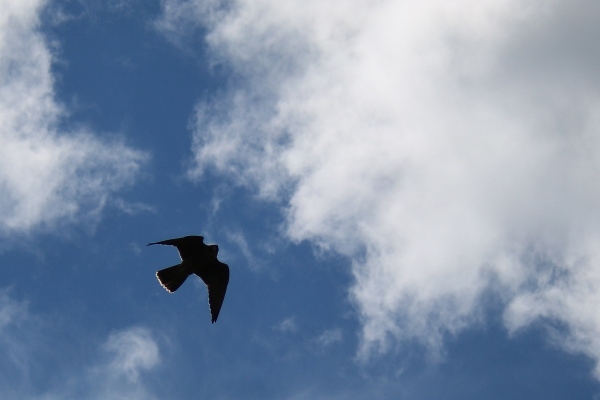 An actual peregrine falcon, "living free and in the wild," as The Pip informed all the many hikers we passed on our way back down the path to the car. SteelyKid was the first to spot it, flying around and squawking agitatedly at us; I suspect we were directly over the ledge where its nest was located. It made a couple passes at or below the cliff level, then settled on a dead tree branch for a bit before deciding we weren't actually a threat, and soaring off overhead, then diving behind a rock outcropping.

And, of course, the period of posing let me get this: 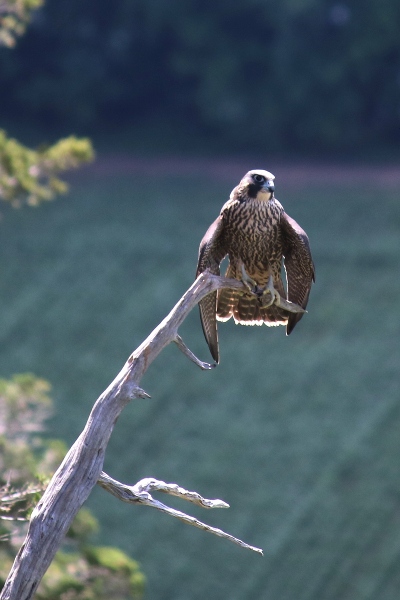 This is actually a small crop from a much larger photo, because even at max zoom on my telephoto lens (250mm), it wasn't a huge fraction of the frame. The really 6000x4000 sensor paid off big time, though, because even a small piece of a big frame has plenty of resolution to look awesome.

(I'm also reasonably certain that this really is a peregrine falcon. But if we misidentified some other type of raptor, for the love of God, don't tell SteelyKid...)

And despite her grievous injury, the sight of her very favorite bird living free and in the wild cheered SteelyKid up enough that she just about skipped back down the mountain, chattering happily. So, I really couldn't've asked for a better result from a morning hike.