The day was dominated by the previously mentioned birthday party for The Pip, so it only makes sense to have the photo of the day be an action shot from said party: 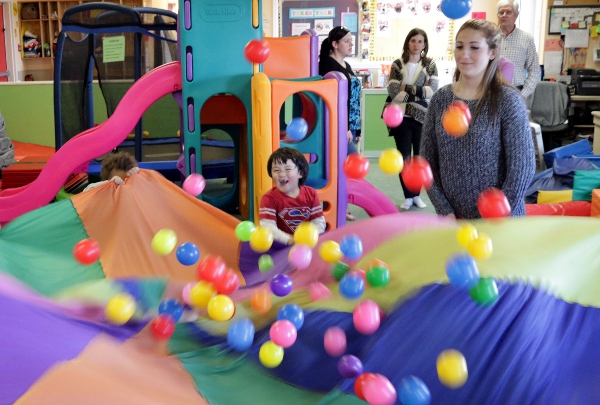 The Pip shaking a parachute with balls on it at his birthday party.

This is from the games portion of the party, which included shaking a parachute loaded up with plastic balls so they flew all over the place. Which is the sort of thing that plays very well with the four-year-old crowd.

And now, having celebrated in style and substantially increased the supply of superhero-themed toys in Chateau Steelypips, it's time for bed.

My kid (now a junior in high school) also had a 4 year old part at an indoor gym, and it was very well received. I seem to recall the balls on a parachute thing as well, plus the run under the parachute portion.

Good times. My kid still spends a lot of time in a gym, but I suspect his face rarely reflects pure joy anymore.