I'm going to stop posting pictures of the Nott Memorial, really I am. But I got the idea a week or two ago of trying to see if there's an angle where the observatory dome and the Nott dome look the same size, so I keep poking at that.

And, in fact, there is such an angle from the conference room in the Physics department: 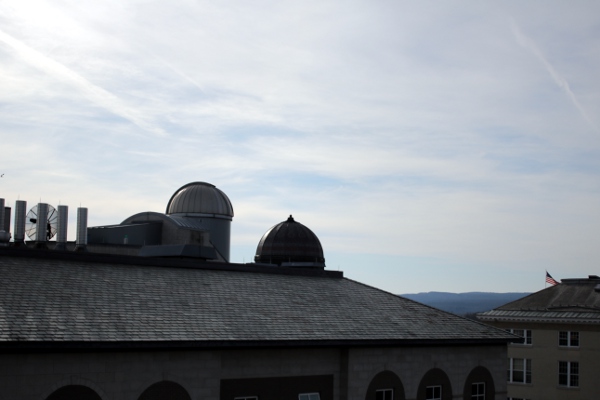 The Union college Observatory dome and the Nott Memorial dome.

This involved a bit of precarious leaning-out to get clear of the window, but it's close to what I had in mind. There's another window that might be a slightly better angle, but it's sealed with plastic against the winter chill, and I didn't want to undo that.