I've included at least two photos of the Nott Memorial in this series, so I'm a little hesitant to do another. But here's an angle on it that doesn't show up as much: 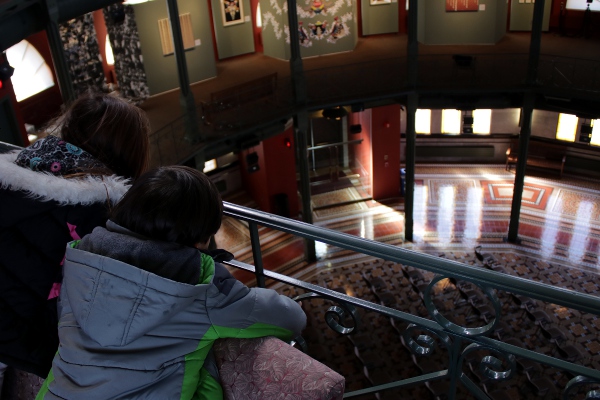 SteelyKid and The Pip looking down from the third floor railing inside the Nott Memorial,

We went over to campus yesterday looking for a bigger open space in which to fly SteelyKid's RC helicopter, which turned into something of a quixotic quest-- most of the big open spaces I had access to had students in them studying. But this did get us inside the Nott, where the kids enjoyed the view from the third floor down into the art exhbit and the cool tiled floor.