Why are Brown Dwarfs so Dim?

Ahh, stars. Giant furnaces of nuclear fusion. Doing the stuff our Sun does, burning hydrogen fuel into helium (among other things) and emitting lots of visible light and energy in the process. 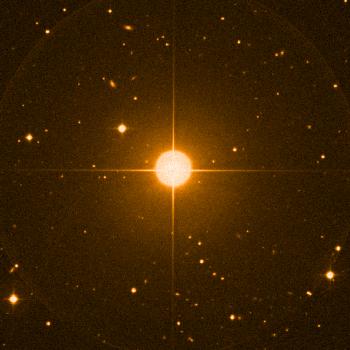 But when we take a look at brown dwarfs, they aren't like normal (i.e., main sequence) stars like our Sun. Instead of burning hydrogen into helium for their fuel, brown dwarfs don't generate enough pressure to make that happen; they can only burn hydrogen into deuterium.

Let's go over what the differences here are. A hydrogen nucleus is just a proton, with a mass of 938.272 MeV/c2. (I use these units of mass because they're easy to turn into energy -- just multiply by c2 and you get energy -- from E = mc2.) A deuteron is a nucleus with a proton and a neutron (with mass 939.566 MeV/c2), but because they're bound together, the total mass of a deuteron is just slightly less than the mass of two protons, 1875.613 MeV/c2. So when two protons fuse together to make a deuterium nucleus, they release 0.931 MeV of energy. Hang on -- that isn't quite right. They also have to conserve quantum numbers, like charge and lepton number. So it also needs to produce a positron and a neutrino: but not to worry; the positron will annihilate with an electron in the star and actually give you an extra 0.511 MeV of energy, bringing our total up to 1.442 MeV of energy release per fusion reaction.

In most stars, this is the first step in a chain reaction, leading to the production of Helium-4, which has a total mass of 3727.38 MeV/c2, meaning that for every 4 protons fused into Helium-4, we gain (when we include the two positrons that are produced, and annihilate with electrons to make more energy) 26.73 MeV of energy. So here's how you make Helium-4 from deuterium and protons:

So at the end of the day, when they spend the same amount of mass (let's assume 4 protons) to make energy, brown dwarfs only give off 11% of the energy of normal stars. Add to that the fact that because they're so low mass, their rate of fusion is lower, and that's why brown dwarfs are so dim! So how dim are they? Perhaps this artistic reconstruction will give you an idea... 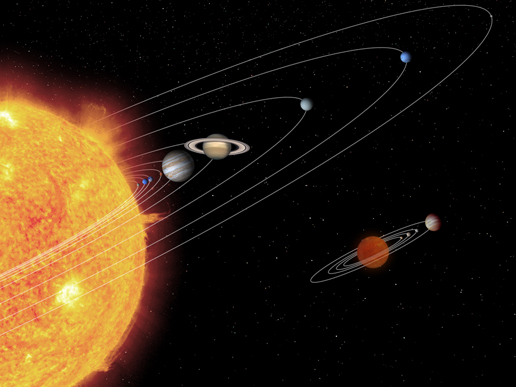 So next time you go outside, thank your friendly neighborhood Sun for being as warm, bright, and especially as massive at it is; otherwise the world would be a cold, lonely place.