Hole in the Universe? What Hole?

Some of you who've been following astronomy for awhile might remember this report, where a group of astronomers reported finding a giant "void" in the Universe.

What is a void? Well, galaxies are distributed pretty randomly, but because of gravity, they cluster together. A small example is our local group which looks like this, 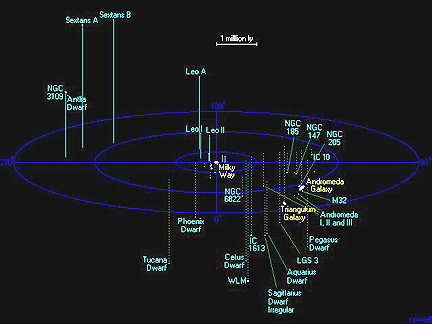 and a larger example is the Virgo cluster, which is about 1,000 times as massive as our local group, and looks like this: 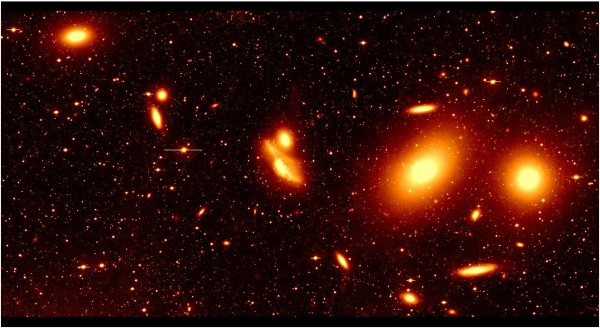 Well, a void is the opposite of a cluster, where you have a large volume of space that's simply empty of galaxies and matter. This press release a year ago said that they had found the largest void ever found in the Universe, and that it was causing an unusually large cold spot to appear in the Cosmic Microwave Background. Here's a picture of their findings: 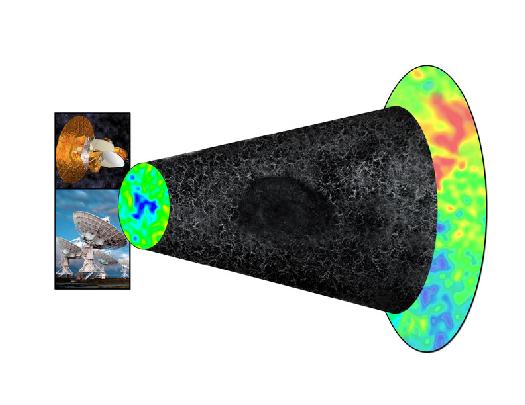 I didn't believe this when it came out, and I was skeptical when reports came out. Well, a team consisting of Kendrick Smith and Dragen Huterer took a new look at the data, and concluded that there was no evidence for a cold spot in the other group's data. Basically, they analyzed the little circular regions below in the red map (galaxy counts) and blue map (flux), and determined that there was nothing unusual about them: 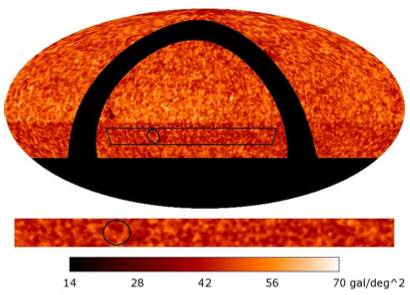 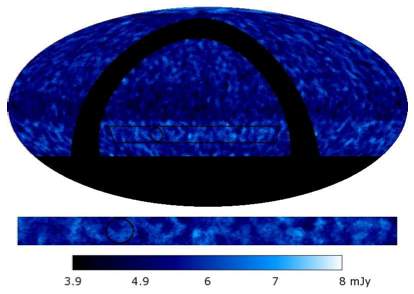 Nothing looks weird about them, either. What could've caused this, then?

Bad statistics. People in my field do this all the time: they don't get the answer they want from their analysis, and so they find a new way of doing the analysis. And you can repeat this ad nauseum, until you find a method that gives you the answer you want. Their favorite thing to look for is irregularities in the cosmic microwave background. And I know about this, because I spent about 6 months in 2005-6 playing with the cosmic microwave background, testing for irregularities. I must have performed about 20 different statistical tests on it, and guess what? Everything came back as you would've expected (completely Gaussian fluctuations), with no abnormalities.

So when I see a statistical test that comes back and claims to have found something, I'm immediately skeptical. The only one that I've seen that might be interesting is this one, and everyone knows we need more data (and probably data from PLANCK is needed; WMAP isn't good enough) to determine whether it's significant or not. And now you know not to believe everything you read, even from scientists, until it's been rigorously tested!

I clicked on the link in the last paragraph and read through it. I was unable to grasp what was being said and what the implications are of such a statement. Could you please elaborate on what that paper is suggesting, and possibly give an update on what they have found since the papers release.