First off, the music for this week comes from a duet known as Rodrigo y Gabriela, two amazing guitarists who team up as a duet and just blow my mind. I discovered them when I was in Tucson, and they are amazing live! (Well, as long as you can find a venue where the audience is quiet enough so you can hear them.) As a decidedly amateur guitar player, here is a combination of two outstanding things: Rodrigo y Gabriela and Stairway to Heaven, one of the greatest guitar songs of all time. Feel free to hit play while you read the rest of the post.

So, following the "Stairway to Heaven" theme, I wrote an article about what brought the dinosaurs to heaven, so to speak. I was critical of researchers who declared that -- because there was one new unexplained detail -- the entire foundation of the great extinction at the end of the Cretaceous was wrong. (And I stand by that.) So, here's the alternative explanation: 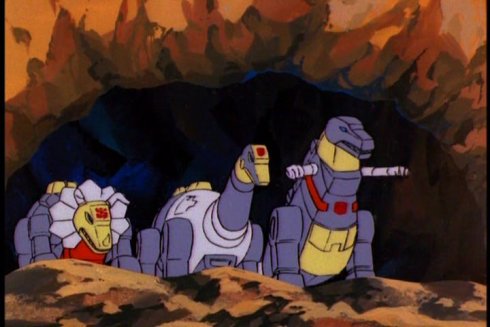 In a terminator-esque twist, it totally makes sense. Dinos create dinobots; dinobots destroy dinos. We have all the evidence we need from their leader, Grimlock.

Me, Grimlock, not "nice dino." ME BASH BRAINS. 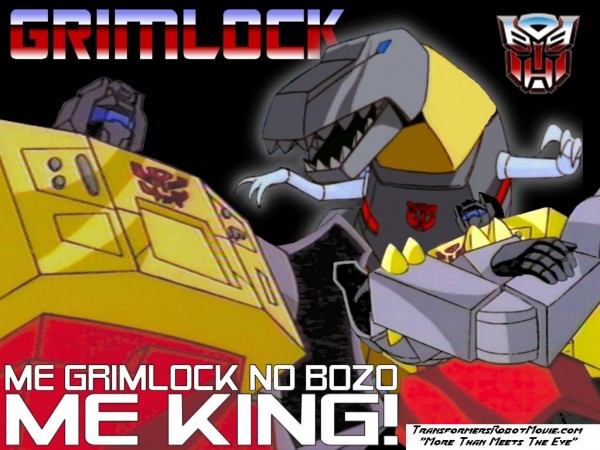 I can easily see an entire species... umm... going the way of the dinosaurs... because they got in between a dinobot and their energon cubes. 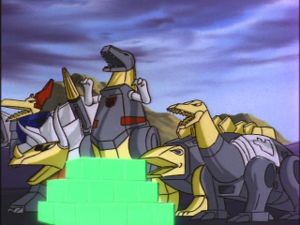 And so, my friends, let this be a lesson to you. Don't let history repeat itself; beware the dangers of dinobots!

They work to hard to fancy up the introductory passages. From their approach to the second half, though, I suspect that they'd be great doing straight-up flamenco.

Of course, Led Zeppelin is a lot more marketable than flamenco unless you're Jesse Cook.

Actually, the dinosaurs died because they were too big and too heavy to climb the stairway to heaven and their hearts gave out.

Four words, three errors: It's neither "new" (the timing problem has been claimed for 6+ years and is since being debated like crazy in the geology community) nor only "one" problem (e.g. the mechanism by which the impact should have done the killing hasn't become much clearer in 25+ years) nor are we talking about just a "detail" - the new Indian findings I pointed out the last time would be a pretty fundamental blow to the whole standard edifice. I can't tell yet (being 'only' an astronomer, just like you), but it would seem to me just from the published literature that - pardon the pun - the impacts are coming closer ...

You're just a propaganda mouthpiece for the reptiloid overlords.

This is the real reason the dinosaurs disappeared

I was looking for one of your articles I read recently on google, and somehow it took me back to the old 'starts with a bang' webpage. i just wanted to say that there are some very cool articles up there! i loved the 3-part series giving a timeline of the earth + universe's history, and the article where you explain why light elements are so prevalent. I want to strongly encourage you to re-post some of this stuff here on scienceblogs the next time you're on vacation or are really busy and needing a blog break, since there are probably a lot of people like me who find cosmology interesting as total laypeople, but hadn't heard of your blog until you came here.
It's seriously amazing in such ginormous terms - how huge the universe is, and how old, and how frigging far away the stuff we see in the sky is. It's very easy to fall into day-to-day pressures and anxieties. Learning about the universe really puts it all into perspective, just how small we are.

Just want to say from the point of view of a user of science, yours is a really cool blog.