He that hath a beard is more than a youth, and he that hath no beard is less than a man. -Shakespeare

Far be it from me to take advice from Shakespeare, though. I prefer my advice from bluegrass musicians. If you want beards, you can't do much better than Jerry Garcia and David Grisman. Here's their version (along with Tony Rice) of House of the Rising Sun, which may be the best version of this song I've ever heard. By a lot.

Why the talk about beards? Well, many of you participated in my charity challenge and got me to shave my head. That worked so well as a motivator that I decided to issue a challenge to my intro to astronomy class:

You all have a paper to write. It's an astronomy research paper, and it's due on November 19th. Whoever writes the best paper -- as chosen by me -- gets something extra, in addition to an A. You get to choose what facial hair I should grow. And I'll start over Thanksgiving, and I promise I'll keep it until the start of the Spring Semester, at least.

Well, November 19th was this past Thursday, and when all is said and done, I'll have 63 papers to grade. After that, the beard growing starts. What would you choose if you had the option to pick for me? 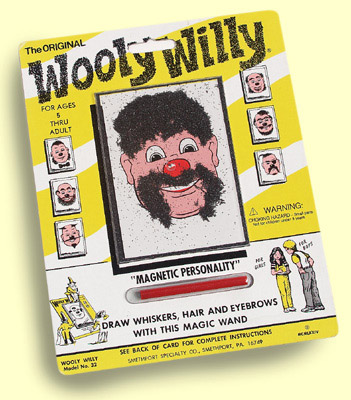 Of course, this got me thinking that if there's an idea that's good enough, I may just run with it. And I may run with it so hard that I could shoot for the World Beard & Moustache Championships. For those of you who don't know, have a look at this video from the 1991 championships. The show-stopper happens at 0:21.

That is a tall order to live up to, but a man can dream!
Tags
Random Stuff

"Shave off your beard and wear a dress. You would be a great female impersonator." -Simon Cowell No, this post has nothing to do with Simon Cowell, but like American Idol, I do have a song for you. Have a listen to Almost Cut My Hair by Crosby, Stills & Nash, while you enjoy the read. (And…

"There is nothing more contemptible than a bald man who pretends to have hair." -Martial It's been far too long since I introduced you to a great musical artist you may not have heard of, so let's get right to that. Kristin Hersch, famed leader of the punk/alternative band Throwing Muses (which she…

"There was an old man with a beard, Who said: 'It is just as I feared! Two owls and a hen, Four larks and a wren Have all built their nests in my beard!" -Edward Lear No better song for this week than an early, live version of Jeff Tweedy's Bob Dylan's 49th Beard.Some of you have weighed in on my…

"Every day we should hear at least one little song, read one good poem, see one exquisite picture, and, if possible, speak a few sensible words." -Johann Wolfgang von Goethe I don't always have all the answers, but every weekend I strive to bring you something interesting -- in some form or other…

I vote for an Amazing Randi beard - but you can keep the hair on your head and the beard doesn't have to be white. It does appear rather Darwinian so maybe I should call it a Darwin beard.

I will pick up the gauntlet and challenge you for the title.

I like the Garibaldi, myself. Plain, simple, big and BUSHY.

(So says the man who was rockin' a full-on "Karl Marx" up until a few weeks ago, when I trimmed it back to a "sensitive '80s guy." I've also sported a "Civil War junior officer" and a "Satan's minion.")

That beard has killed me.

(I saw them in concert last night)

Was that Bruce Campbell?

Garibaldis are nice. If I could I'd go for something like an imperial, myself - think Wilhelm I. Whiskers are moustache neatly linked.

But of course the pornstache has already been suggested. Tough to beat for a bet. Of course, you'd also have to stay bald for that.

I second the motion for ZZ Top. plus Ray-Bans and dressing sharp.

November is actually a good time of year to grow a mustache. In Australia there is a charity called Movember. During the month of November, many men grow a mustache to help raise money and awareness for men's health issues such as prostate cancer and depression. It's great walking around the street and seeing so many mustache's on display! Long live facial hair.

If you don't grow a "beard-house" I will lose all respect for you and stop reading your columns. THREAT!!!

Hi - I have a beard and have been following this blog off and on for a few months. I liked the bit about the universe expanding faster than the speed of light. That was very cool. As for this beard diversion, well, I guess I prefer weird, freaky stuff like expanding universes better. But if you want my general approach to beards, I say go for the neatly trimmed number, and avoid electric razors at all costs. Nothing gives accuracy like a hand-held, double-bladed, swivel-headed, moisture-stripped thing like the Wilkinson company do here in the UK. I liked it so much I hyphenated the-company.

Hi Ethan - love the blog. Back in the late sixties/early seventies I had to shave every morning before leaving for work. When my annual vacation came around, I stopped. Shaving was one of the things that vacation allowed me to get away from for a while. In 1972, after not shaving for two weeks, my wife suggested that I keep the beard. I never looked back. I have not shaved in the intervening 37 years and regard this as the first, best, and only reason for growing a beard. Perforce, this means growing a full beard with no fancy additives. Maintenance should always go down and any beard that requires daily trimming requires more work than simply shaving it all off.

Just came across this; should simplify the process ;)

eason for growing a beard. Perforce, this means growing a full beard with no fancy additives. Maintenance should always go down and any beard that requires daily trimming requires more work than simply shaving it all off.

Hi - I have a beard and have been following this blog off and on for a few months. I liked the bit about the universe expanding faster than the speed of light. That was very cool. As for this beard diversion, well, I guess I prefer weird, freaky stuff like expanding universes better. But if you want my general approach to beards, I say go for the neatly trimmed number, and avoid electric razors at all costs. Nothing gives accuracy like a hand-held, double-bladed, swivel-headed, moisture-stripped thing like the Wilkinson company do here in the UK. I liked it so much I hyphenated the-company