Weekend Diversion: A question of perspective

When you look at yourself from a universal standpoint, something inside always reminds or informs you that there are bigger and better things to worry about.
-Albert Einstein

I woke up this morning with the Sun in my face, which marks the first time all year that that's happened.

(The irony, that I'm now listening to the Grateful Dead's "Looks Like Rain.")

And after a few seconds had passed (you know, it takes me a few seconds to realize that I'm not still in my dream, trying to navigate through some bizarre hotel corridor), I realized I couldn't read the numbers on my old LED alarm clock. After pulling the clock out of the sunshine, I could read it perfectly, and it occurred to me just how important perspective is to your sense of vision, and how easily your rods and cones can fool you.

In fact, this simple trick is how nearly all optical illusions work: confusing your eye with the images that surround the one you're focusing on. For example, take a look at the picture below, with a lit checkerboard and the shadow from an object falling on it. 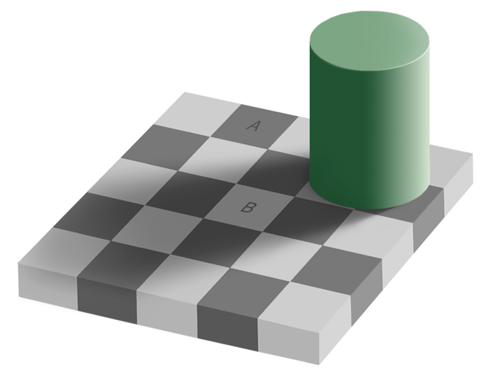 Would you guess that the squares labeled "A" and "B" are actually the same color as one another? In fact, you probably don't even believe it.

In fact, you probably -- looking at the image below -- also wouldn't believe that the face of the white slab is actually the same exact shade as the face of the grey slab, would you? 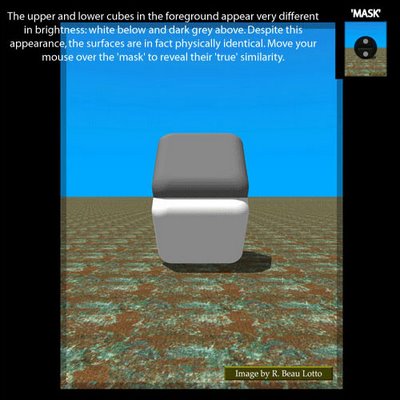 But surely I'm full of it, and you aren't going to take my word for it. At any rate, perspective wouldn't be able to fool your eyes with color the same way I'm contending it can fool them with brightness, would it? 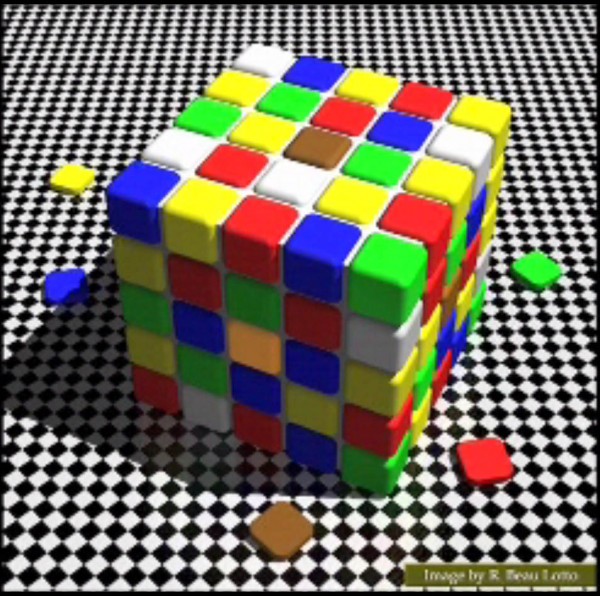 And yet, it's all a question of perspective. If I remove and/or sufficiently dim the objects surrounding the regions in question, you'll see what I'm talking about. Let's utilize my massive paintbrush skills to black out part of the topmost image. 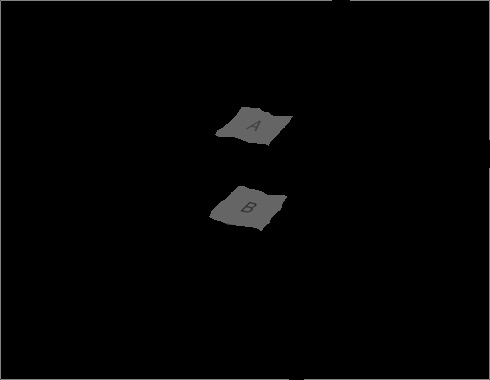 Amazed that the squares "A" and "B" are actually the same color and shade? Take a look at what happens to the image of the grey tile and the white tile when I remove everything except the central faces of those images. 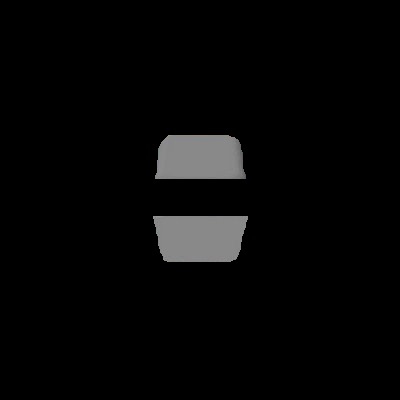 Yes, they really are exactly the same shade. And that colored cube? What happens if I darken everything except that brown tile and the yellow tile? 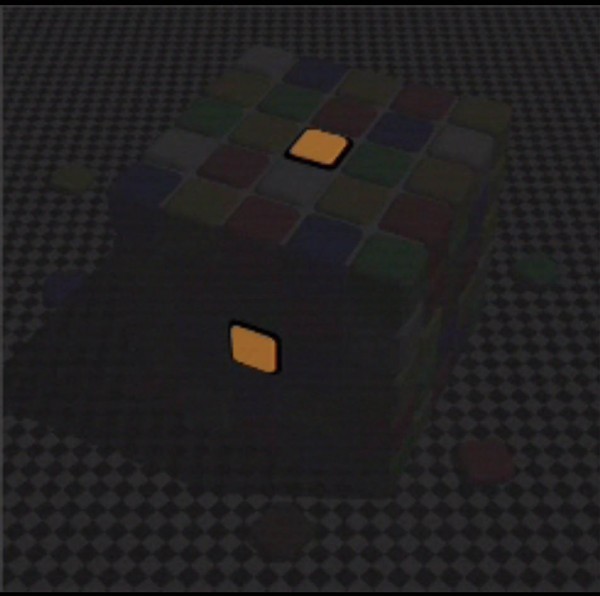 Isn't that something else? So don't believe everything you see, at least not before looking with a little more scrutiny. Nah, that sentiment is good for rainy days. I'm feeling a little lighter because of the sunshine, so just get out there and enjoy how brilliantly your eye and your mind fills in the gaps, and creates colors and shades that help us better perceive our surroundings here on Earth!

very amazing to consider how our eyes and brain work to perceive the world, i was just showing a video the other day to my students to help them try to understand how perception actually works.
http://www.ted.com/talks/lang/eng/beau_lotto_optical_illusions_show_how…

No, in fact, I don't believe you. The checkerboard, okay, maybe I could almost buy that. But the color cube thing. No way. You are lying.

Now I've just got to figure out how you managed to hack my laptop's gimp install.

Not believing you on the color cube, I got a piece of paper and cut two holes to see only the colored squares. Yup, they magically change colors to match each other.

So how does the cube know that I am masking it off? And how do the two squares communicate to match each other's color once I do?

One of my favorite sites:

Akiyoshi explains how many of his images are created.

For the second example, put a finger horizontally Over where the top and bottom faces meet. Make sure to cover up all of the roundish edges of the two sides that are in contact. Neat!

I read somewhere that newborn babies, with their new, untrained brains, will perceive the colours exactly as they are. They won't be tricked.

What I wonder is how do they know what babies can really see?

What with the way things are in the world now and more and more theories being discussed, we're living in very interesting times indeed.Somehow I don't think these things are meant to be discovered,probably for good reason too knowing how violent we can be when we have great power at our disposal.ipod.com