Weekend Diversion: The Story of "Me & My Uncle"

"Each song has its own secret that's different from another song, and each has its own life. Sometimes it has to be teased out, whereas other times it might come fast. There are no laws about songwriting or producing. It depends on what you're doing, not just who you're doing." -Mark Knopfler

There are a whole bunch of great songs in the world, great for a myriad of different things. Some are great for dancing, others for jamming out to, still others for just relaxing and listening to, and then there are the ones that I love to blast while I drive. But it's extraordinarily rare to find one that not only does all of these things for you, but also that tells an interesting lyrical story.

So this week, I present to you a Grateful Dead classic:

Me and My Uncle.
This version comes from a 1971 performance, and the Dead had been playing this song since 1966. But where did this song come from? Although this song was made famous by the Grateful Dead, they didn't write it. 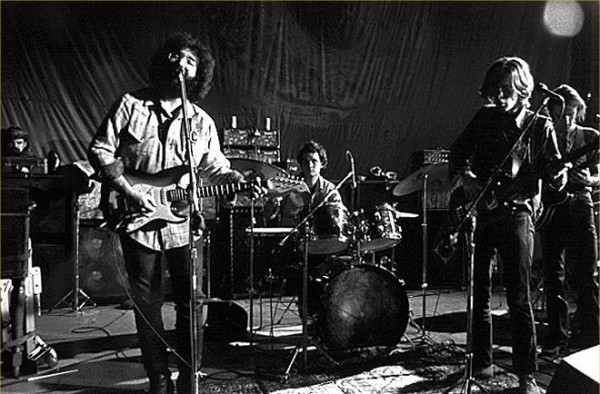 The first recording of this song, as far as I can find, goes back to Judy Collins, who recorded her version (link) all the way back in 1964.

But Judy Collins didn't write this song, either. Who did? 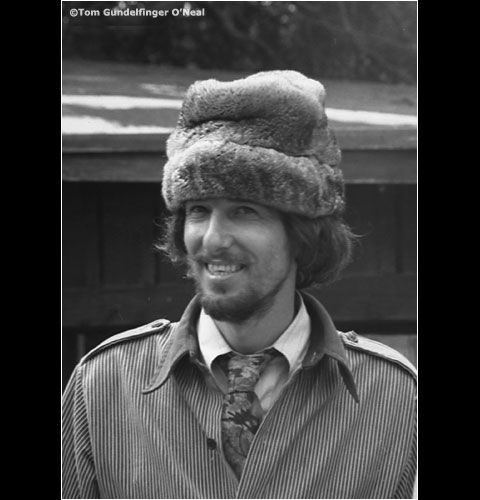 This is John Phillips, one of the "Papas" of The Mamas & The Papas. According to the Grateful Dead Lyric & Song Finder:

Years ago [John Phillips] began receiving publishing royalties from a song on a Judy Collins record with which he was unfamiliar. It was titled "Me and My Uncle". He called Judy to let her know of the mistake because he hadn't written any such song. She laughed and told him that about a year before, in Arizona after one of her concerts, they had a 'Tequila Night' back at the hotel with Stephen Stills, Neil Young and a few others. They were running a blank cassette and John proceeded to write "Me and My Uncle" on the spot. The next day, John woke up to the tequila sunrise with no recollection of the songwriting incident. Judy kept the cassette from that evening and then, without informing John, recorded the song for her own record. Over the years the song was recorded by several people, and eventually became a standard of the Grateful Dead. John used to joke that, little by little, with each royalty check, the memory of writing the song would come back to him.

Maybe someday I'll try this with the astrophysics, but something tells me it wouldn't quite work out the same way. Have a great Labor Day weekend, and hope you enjoyed the song and its story!

Had a similar thing. Having a long liquid lunch of beers and then port, whilst propping up a couple of cases of wine, I had a blinding flash of inspiration. We sketched it on the top of the box and then got them to cut off the top so we could take it back to the office.

Cab-driving friend of mine had Phillips as a fare once and elicited the same story.
It was the somg played most often over the 30-y strange trip of the Dead; over 600 performances.
Trivia fact: the song was sung by Joni Mitchell in her first recorded performance (on a Canadian folk-music TV show, as "Joan Anderson"). Hey, there's a vid!
http://www.youtube.com/watch?v=Zp3lJg07u4w

Sometimes I wish you were my quirky older brother.
Alas, I'm the oldest of my kin destined to do the 'experimenting' with the bizarre delights of life for others.

Feeling like disseminating some weirdness, I can wholly recommend a few 'noise' production mechanisms which rub me awkward in such a good way.

Battles, Dr. Demento, and damn it I forget the last one.
When I recall I'll post it, but for now it's early and I'm a bit twisted on Prismism Ddiamondds (Battles) and Tai Quan Leap.

Unlike Papa John, Tequila only encourages me to go for very long evening walks in the scrub. Ah, those Midnight Voyages ...

This story could not have happened as described. Judy Collins recorded in October 1964. Neil Young was having trouble getting around in Canada in his hearse and had never been to the States except on a family trip to Florida. At the estimated time of the events, Young had probably not even met Stills. Phillips is mixing up two boozy nights. There could have been a party in 1965 in New York with all the rumoured participants, around the time Neil Young made two trips there, the second to record his Elektra demo (in a studio where Judy Collins was recording at the same time). But that was nearly a year after Collins sang Me and My Uncle on her Judy Collins Concert album. The other party in Phoenix obviously included other participants, notably McGuinn of the Byrds, as is mentioned in some interviews.