"I found I could say things with color and shapes that I couldn't say any other way - things I had no words for." -Georgia O'Keeffe

There are secret dreams, hopes, and fears that live inside the heads of all of us. And it's one of the highest forms of art to release those internal visions in ways that touch other people. This week, the song I've picked for you is the little-known (and now-defunct) band Groovulous Glove, and their funk masterpiece, 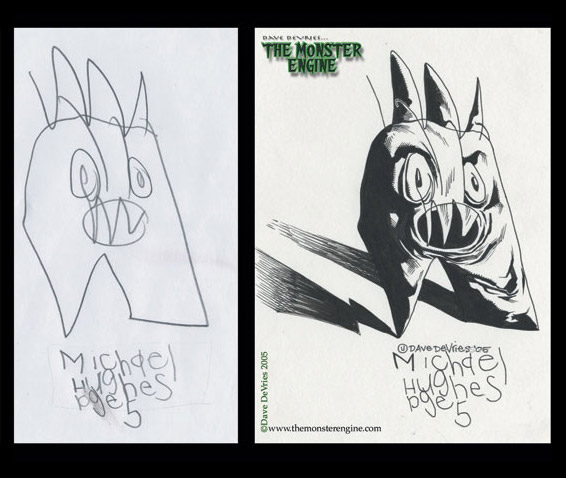 Dave, who you can read about here, was a comic artist for Marvel and DC. But it was his young niece's doodles that really inspired him.

Comics, however, weren't the only thing I painted--I also painted monsters for Universal Studios, but those monsters weren't as cool as the ones I saw lurking in my niece's sketches. It was then, at age 33, that I decided to take all the lessons about color, action and detail and apply them to little kid's drawings. It made me remember my childhood and also realize that no matter how old I became I could always see things like a child.

So, it appears, "Uncle David" brought these children's drawings to life. 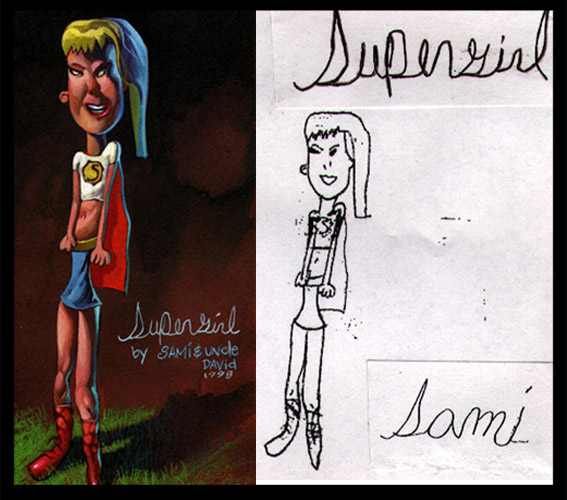 But it isn't his "hero" adaptations that have left me in awe: it's the monsters! 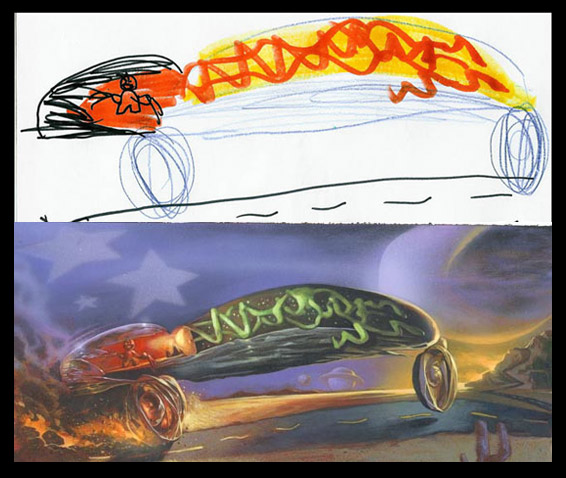 The process is simple. I project a child's drawing with an opaque projector, faithfully tracing each line. Applying a combination of logic and instinct, I then paint the image as realistically as I can.

My medium is mixed--primarily acrylic, airbrush, and colored pencil. 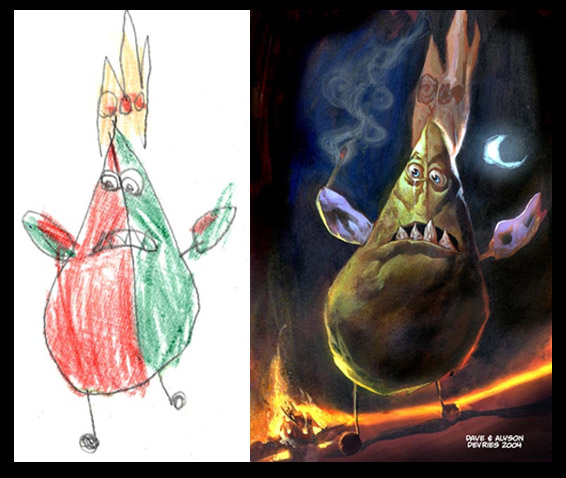 Quite deservingly, Dave has won a number of awards for this remarkable work, which -- at its best -- seems to take the harmless musings of a child and translates it into a truly horrifying vision. 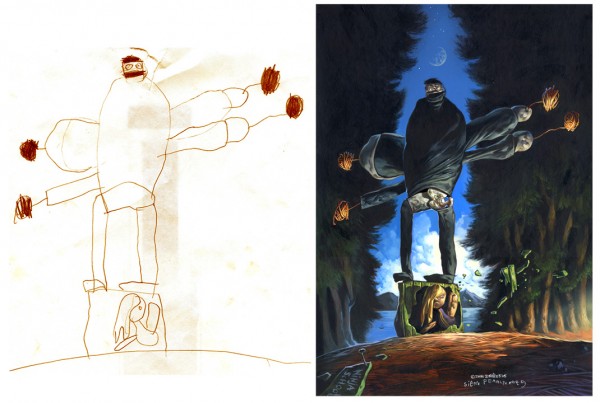 But the one that might actually give me nightmares is his adaptation of Chelsea's Big Moth. (And don't you tell me it's Big Mouth; that thing is scary as hell just the way it is!) 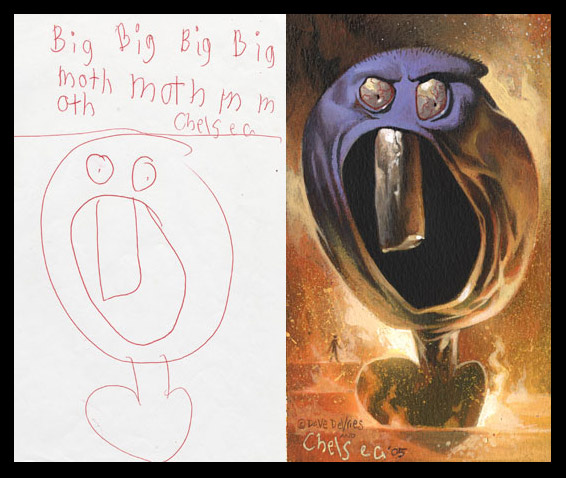 You can buy a copy of the book here, which is one of the most original things I've seen in quite a long time. Somehow, less than 4,000 people have seen the YouTube video of how this came to be; let's see if we can change that and get Dave DeVries the traffic and publicity this deserves!

Thanks to Rian van der Merwe via Jennifer Ouellette for the find, and here's wishing another great weekend to you all!
Tags
Random Stuff

What a great idea. Awesome work!

This reminds me of a quote from Picasso: