"Don't cry because it's over. Smile because it happened." -Dr. Seuss

2011 has been an amazing year over here. After more than two hundred new posts this year here on Starts With A Bang, where we covered everything from the science of tiny snowflakes to the earliest, farthest and most spectacular galaxies in the Universe, I've finally gone through and compiled the top 10 posts of 2011! (And sadly, no, the BEST climate study and associated controversy did not make the cut.)

Feel free to take a look back -- or if you somehow missed one of these stories, a deep look for the first time -- at the top 10 Starts With A Bang stories of 2011, some of which come in multiple parts. Without further ado, let's start our look back!

10.) The Large Hadron Collider's First Evidence for the Higgs.

The largest, most powerful particle accelerator ever built, accelerating protons closer to the speed of light than we've ever achieved before, found the very first tantalizing, real piece of evidence for the elusive Higgs Boson, the last undiscovered fundamental particle in the Standard Model. This isn't just a leaked, ephemeral rumor, the evidence here is quite strong, and we may well see a confirmation -- or even an announced discovery -- within the next two years.

Meanwhile, hundreds of light years away, we've just made another great discovery.

NASA's Kepler mission, the planet-hunting maven (with over two thousand new exoplanet candidates) found the first rocky planet in an Earth-like orbit around a Sun-like star, an amazing feat in its own right. But then, just weeks later, they announced the equally impressive feat of finding the first exoplanet smaller than Earth orbiting a different star! It seems it's only a matter of time and technology before we uncover a true Earth-twin in our galaxy. 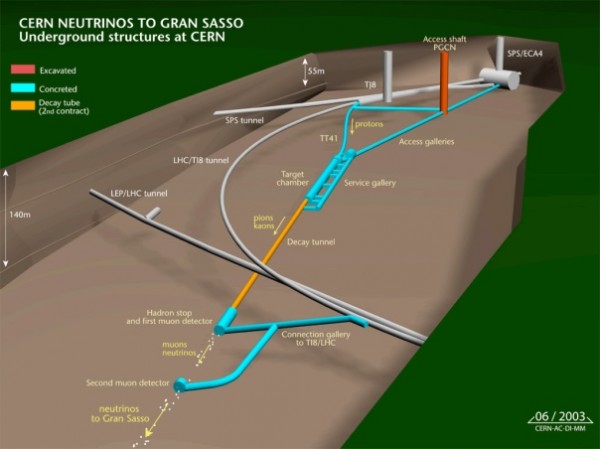 8.) The Saga of Faster-Than-Light Neutrinos: Are They Real?

It was a huge shock in September when the announcement came in that a pulse of neutrinos sent from CERN to Gran Sasso appeared to arrive 60 nanoseconds too early, even for neutrinos at the speed of light! In a many-part series, we covered ways we could be fooling ourselves, some fun facts about neutrinos, other, unobserved consequences of speeding neutrinos, and a new test of the OPERA results which, in the end, held up, but demanded independent verification.

Are these neutrinos really moving faster-than-light? My hunch is no, but we need to do the experiment to know for sure; this is a very difficult thing to measure at this level of precision!

What else did the Universe surprise us with this year? 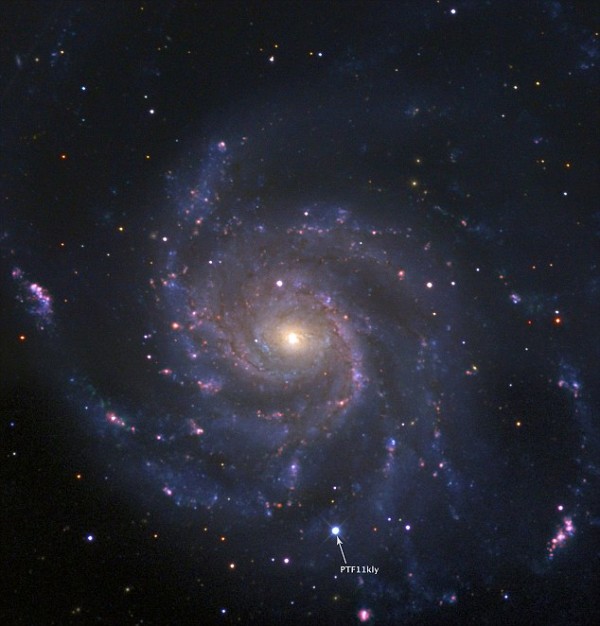 7.) The Closest Supernova to us in a Generation.

Earlier this year, the closest supernova to us since 1987 exploded in the nearby Pinwheel Galaxy. These supernovae really are super, as they are the source for the vast majority of elements found here on Earth! The very last stages of a star's life, leading up to and including a supernova, are where basically all the heavy elements in the Universe come from.

Which is well known, and why 2011 also brought us a legendary smack-down for the ages. 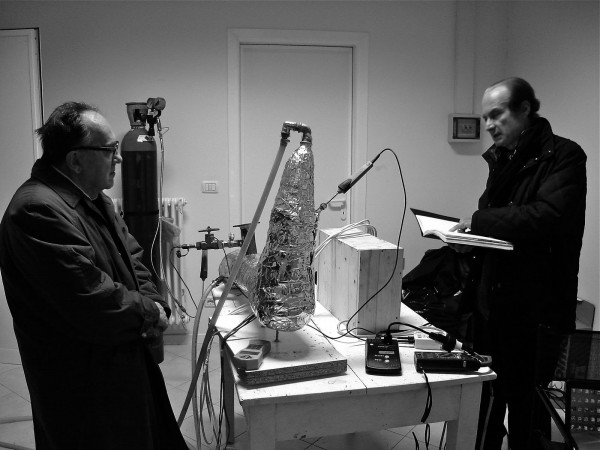 Image credit: Focardi and Rossi with their e-Cat, retrieved from Brian Wang.

6.) Why Claims of Cold Fusion Don't Stand Up to Science.

Recent claims of unlimited energy, by fusing Nickel and Hydrogen together to form Copper, seemed too good to be true. A thorough dissection of the physics behind it, in this tour-de-force article co-written with Peter Thieberger, should be the nail in the coffin of Rossi's e-Cat, now and forever, unless he can clearly demonstrate that there is more to nuclear physics and reactions than science currently knows.

Meanwhile, although the Universe may contain stars and nuclear reaction, it also contains much more than that. In fact, on the smallest, dimmest scales, we've just found something new and remarkable for the first time in 2011. 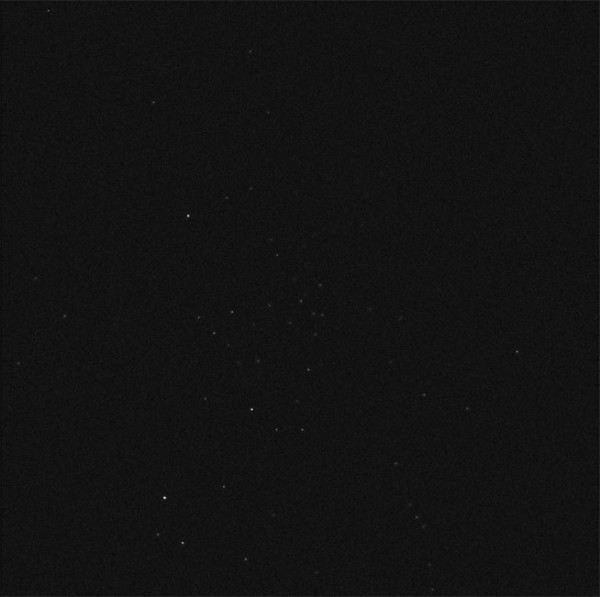 5.) The Smallest Mini-Galaxy in the Universe: its Discovery and its Dark Matter.

With just 1,000 stars, but a total mass of 600,000 Suns, mini-galaxy Segue 1 is the most dark-matter-dominated object in the Universe, as well as the smallest mini-galaxy ever discovered! 75,000 light-years away and with absolutely no new star formation inside of it, Segue 1 was first discovered in 2006, but only this last year did we learn all this about it.

We're set to peer even deeper into the Universe, too, because 2011 saw the near-demise and rescue of the next generation of space telescopes. 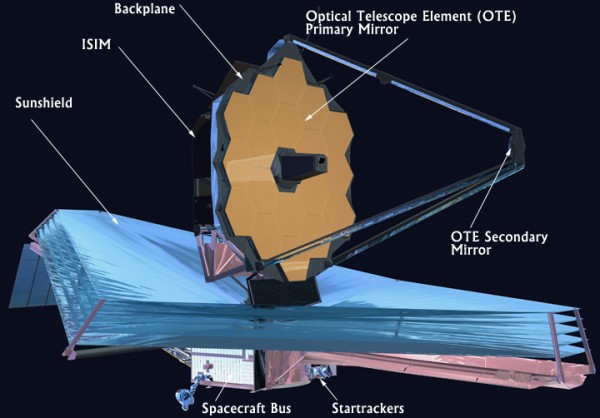 4.) The James Webb Space Telescope: Saved from the Brink of Termination.

The James Webb Space Telescope was behind schedule and over budget, something that had been known and feared for some time. But when the mismanagement was uncovered and investigated in mid-2010, the U.S. government knew what they had to do to set things right. When they didn't do it and then blamed NASA, it was up to Starts With A Bang to blow the lid off of this scandal, and after some fast and furious action on many of your parts, the telescope was, in fact, saved and funded!

Because some of the greatest things we need to learn about the Universe are happening at the earliest times, back beyond what we can currently see. Like what, you ask? 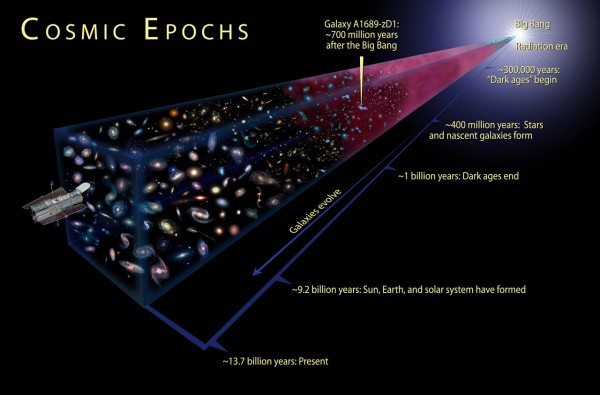 3.) The First Atoms ever Formed in the Universe: Found, Direct from the Big Bang!

Back before the first stars formed, when the Universe cooled down after the Big Bang to the point where neutral atoms could first be formed, the Universe was made of Hydrogen, Helium, and -- to better than one part in a billion -- nothing else. At least, that's what the Big Bang tells us should happen, but we'd never found an object young enough and isolated enough that it remained pristine and uncontaminated by stars that had formed. But this year, we found two of them! And now, in our arsenal, we have yet another remarkable confirmation of the Big Bang.

So where, you might ask, did the Big Bang -- which gives rise to everything in the Universe -- come from? Well, that's our number 2 story of the year! 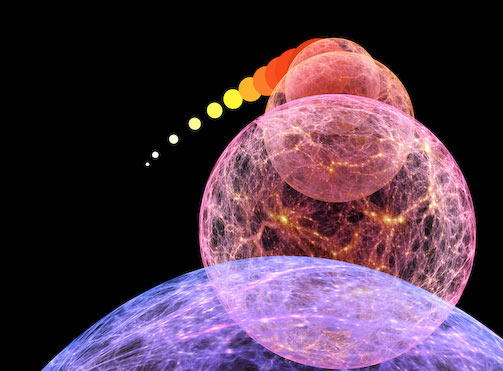 2.) How the Entire Universe Could Have Come From Nothing, to Give Us Everything!

In physics, if you take away matter, energy, spatial curvature -- all of it -- all you're left with is the vacuum of empty space: physical nothingness. And yet, in that nothingness, not only is it unavoidable that you'll get something from it, you can get the entire Universe from nothing! From an empty, expanding spacetime devoid of matter, radiation, or even a single subatomic particle comes the entire Universe, 13.7 billion years ago, and here we are.

Included in the #2 story was the best philosophy video I've ever seen, which talks about not only exactly this...

...but also alludes to the fact that the Universe, and everything in it, will eventually return to a state of nothingness, too. In fact, the 2011 Nobel Prize in Physics was awarded for this very discovery!

But it must make you wonder, "so where did the nothingness in the initial state of our Universe come from?" Well, if you extrapolate what's known about quantum physics back to the time of inflation, the very thing that set up the Big Bang, what do you learn?

1.) We Think Our Universe is Just One Tiny Bit of a Multiverse.

We learn that the inflationary state lasts an eternity. Even if locally, where we are, it ended 13.7 billion years ago, there are regions where quantum fluctuations ensure that inflation never ends, and hence there are always regions of the Universe that inflate forever, spawning regions of the Universe just like ours. It's maybe the most remarkable story of all, and it's Starts With A Bang's number 1 story of 2011!

So thanks for sharing a great year for science with me here and all over the world, and I'm excited to take all of you, headfirst, into 2012! 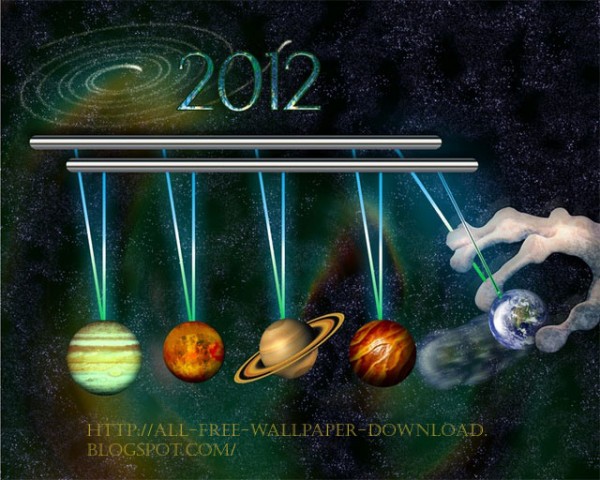 If you feel like doing something small to help us get there, tell the U.S. Congress & Senate to fully fund the National Science Foundation for 2012 if you haven't already (you can do this even if you don't live in the U.S.; you'll help save U.S. astronomy from the chopping block, too), and no matter what, have a great New Year, and let's see what comes next!

So, when's the book coming out? I remember, in my youth, reading the collected essays of Asimov's F&SF science columns. Reading you has brought back that sense of wonder.

This may be the wrong place to ask, but how close do the metal plates have to be for the Casimir effect to take place?

Ethan,
Thank you for a wonderful year of great articles about - well, everything! You've managed to put the universe near and far, and its physics laws, into a perspective that can be grasped by everyday people and not only astronomy or physics students. You have given your readers not only a unique overview of state-of-the art research in current physics science but also lots of interesting articles to read and think about.
I wish you all the best in 2012 and may you continue writing and exciting us all for many more years to come!

Just started looking at you're blog. A wealth on enthusiasm and a great time for science. I like you top 10 list and it even included Rossi, who peaks my curiosity as a skeptic engineer myself as to how long these free-energy tinkerers can hold on. But I try and keep an open mind.

I'd like to ask if you have ever put the sea floor age map in Google earth as an overlay? To me this is a most incredible and revealing portrayal of data, I think anyone who believes geology and planetary formation has been "settled" should step back and take a look at our grade school education of the Earth with a clean sheet and really interpret all the beautiful data there is now.

I think you must include your blog on top we like your bloggng ;-)