Remember How Tiny We All Are

"The Earth reminded us of a Christmas tree ornament hanging in the blackness of space. As we got farther and farther away it diminished in size. Finally it shrank to the size of a marble, the most beautiful marble you can imagine." -James Irwin

With everything that goes on in this world, from our daily lives to concerns around the globe, it's easy to forget just how vast the Universe is, and how small we all really are. You had so much fun playing with the Interactive Scale of the Universe tool a couple of weeks ago that I had to just give you a few things to ponder. We think of the Earth, our entire world, as a pretty large place. But let's put this in perspective. 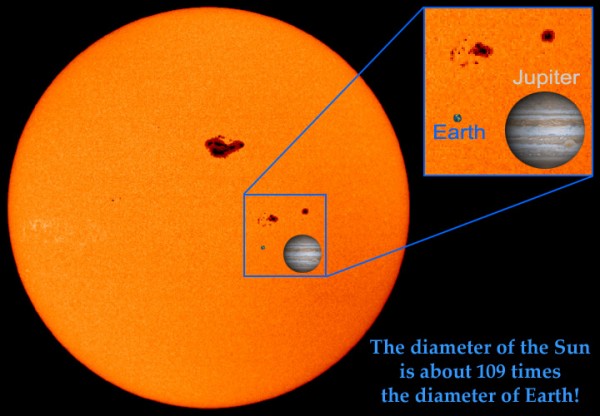 The entirety of our planet, immense in both size and mass, is tiny compared to the Sun. The Sun is 109 times larger in diameter, over 300,000 times more massive, and has sunspots bigger than our planet.

But in the context of the Milky Way, our Sun -- and even the entire Solar System -- pales in comparison. 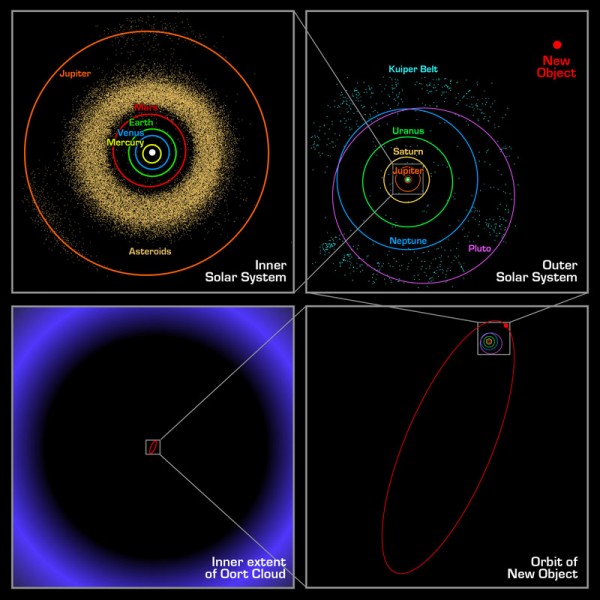 Our Sun, 1.4 million kilometers in diameter, has a Solar System that extends out beyond Pluto, to a distance of about 140 billion kilometers. That's the distance to Sedna at its farthest point from the Sun, the most distant Solar System object ever discovered. But even that great distance is nothing when placed into the context of our galaxy.

Because the distance to Sedna is just 1.5% of one light year, meaning it takes light around five days to go from the Sun to Sedna. But our galaxy is 100,000 light years across, or about ten million times the diameter of our Solar System. And it ought to be. Our galaxy alone contains hundreds of billions of stars, most of which have solar systems not unlike our own.

But compared to the rest of what's out there, our galaxy is terribly insignificant. 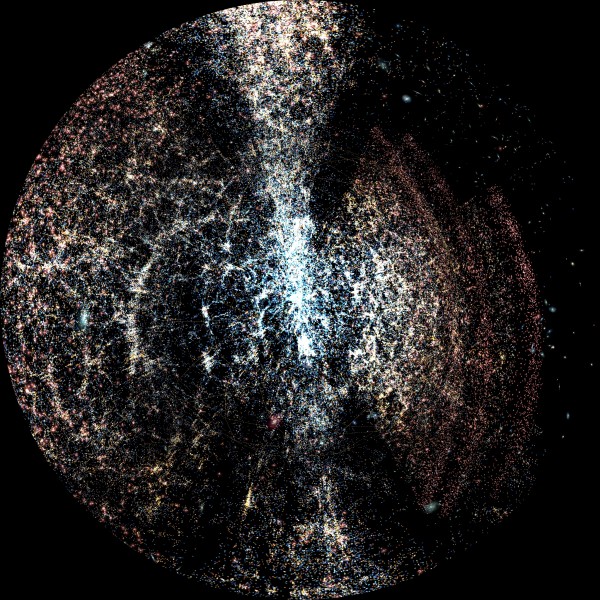 It also inspired me to dig up this old (2008) video, that helps put into perspective just how big the Universe is. Sometimes, pictures can't do the same justice that a well-put-together video visualization can. And the Universe? It's really, really, really big!

[Some of the numbers you just heard are known to be larger now; we now believe that practically all stars have planets (and there are even planets that have no stars), the number of stars in the Milky Way may be closer to 400 billion, and there may be -- when dwarf galaxies are included -- upwards of one trillion galaxies in the Universe.]

Remember how big this Universe is, and how tiny we all are. But despite all of this, we all get to be a part of it, here, on the most beautiful marble you can imagine.

Reminded me of the Galaxy song written by Eric Idle which originally appeared in the 1983 film Monty Python's The Meaning of Life.
https://www.youtube.com/watch?v=JWVshkVF0SY

While yes, some of the details are off and based on the state of cosmology in the 70s, this kept running through my head the entire time I was reading the article :)

can you imagine that Rick Santorum has the faintest clue?

Space is big. You just won't believe how vastly, hugely, mind-bogglingly big it is. I mean, you may think it's a long way down the road to the drug store, but that's just peanuts to space.

Some people when I try to explain how tiny we are, are distressed and find it hard to accept the insignificance. I then try to explain to them how incredibly BIG we are too, when compared to say, an atom, or a proton, or a quark. We are trillions of times larger then the basic building blocks of everything, and the universe in turn, is trillions of times larger then us. It's all relative!

That's one of the most refreshingly true sentences I've seen printed in a long time. Thank you for saying it.

This post makes me want to break out into song...

Just remember that you're standing on a planet that's evolving
And revolving at nine thousand miles an hour.
It's orbiting at nineteen miles a second, so it's reckoned,
The sun that is the source of all our power.
Now the sun, and you and me, and all the stars that we can see,
Are moving at a million miles a day,
In the outer spiral arm, at fourteen thousand miles an hour,
Of a galaxy we call the Milky Way.

Our universe itself keeps on expanding and expanding,
In all of the directions it can whiz;
As fast as it can go, that's the speed of light, you know,
Twelve million miles a minute and that's the fastest speed there is.
So remember, when you're feeling very small and insecure,
How amazingly unlikely is your birth;
And pray that there's intelligent life somewhere out in space,
'Cause there's bugger all down here on Earth!

Zaphod had seen the whole universe stretching to infinity around him â everything. And with it had come the clear and extraordinary knowledge that he was the most important thing in it. Having a conceited ego is one thing. Being told by a computer is another.

It may be BIG but it was MADE FOR ME!
That's what this book I read, once, said. So there!

PS -
It's not the size, it's what you do with it that counts.

Are you trying to give us all an inferiority complex?

Just messing with you.

And yet here i am, no more significant than the next speck of dust on my computer and able to be contemplate the immensity of it all. It's simply wonderful.

@ 12 tassido
You just triggered a thought.

Yes the whale has a bigger brain than us; but it takes a bigger brain to run its huge body and a thought can get lost just travelling from one side of its brain to the other. As well, the bigger the brain; the greater the portion of the brain that is clogged up with wiring. So the the physics of physiology (as we understand it, yes a big assumption) say we inhabit a sweat spot (in terms of size and complexity) for existence of intelligence life. It may not be the only sweat spot; but it is the only one that we know.

Thus to be alive, aware and full of wonder it appears necessary to be cosmically tiny (as we are) and biologically/ neurologically complex as we are.

Think Popeye saying, "I yam what I yam." A human being with trillions of cells with 90 per cent guests that make you, you, and as a wise old man once answered the question, "What is a human being?" A scum bag porter lifting and carrying microbes around his or her whole life and benefiting from the reciprocity of cellular interaction when all is well until life's day's end and the lights go out and immortal recycling occurs as star dust is recast into the ever changing world of the living or not. As the philosopher Kant once noted there are things we may never know. Getting a true grip on our place in the expanding universe and a real sense of proportion of vastness and how incredibly tiny we are as a part of the whole growing universe.

I am reminded of the Animaniacs;

And once you have determined how big the universe is, then realize that what we can detect only represents 5 percent of the total amount of "stuff". The other 95 may be dark matter or dark energy that we can't detect.