Billions of Stars in the Galaxy!

"A galaxy is composed of gas and dust and stars - billions upon billions of stars."
-Carl Sagan

Perhaps the most striking feature of the night sky under truly dark conditions isn't the canopy of those thousands of points of light, but rather the expanse of the Milky Way, streaking across the entire night sky. 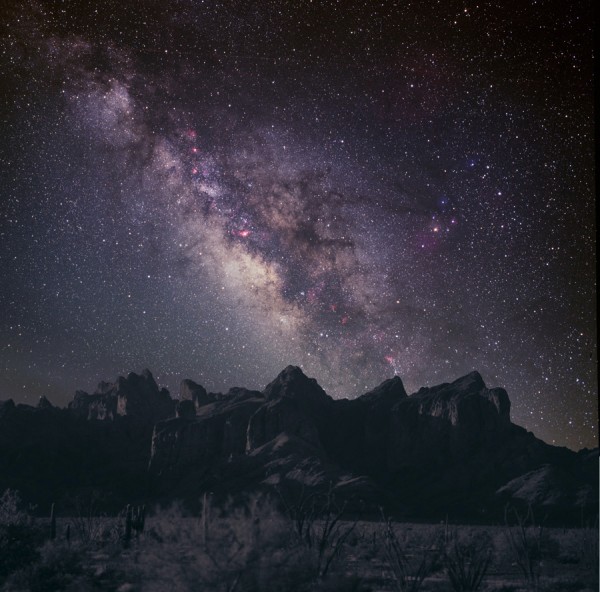 With an estimated 200-400 billion stars contained within our island Universe, the Milky Way is just a regular, run-of-the-mill spiral galaxy compared to the rest of what's out there.

But it's our home. And, despite the tremendous difficulty associated with resolving the individual stars within it, we've been trying to do exactly that since the first modern astronomers took to the skies with their telescopes.

For the first time ever, we've finally gotten up to over one billion stars identified, and stitched together into a single image.

Image credit: Mike Read (WFAU), UKIDSS/GPS and VVV, as are all images below.

The European Southern Observatory's VISTA telescope, combined with the UK's Infrared Telescope in Hawaii, have combined forces to create the VISTA Data Flow System project, where the telescopes have been recording up to -- get this -- 1.4 Terabytes of data, per night, which they plan to do for a total of ten years.

This release comes just a fraction of the way into that time, but there have been over a billion stars identified in the space measured, above. Let's zoom into that white box, in the region on the left of the image above, to get a closer, higher-resolution look. (As always, click for the larger version.) 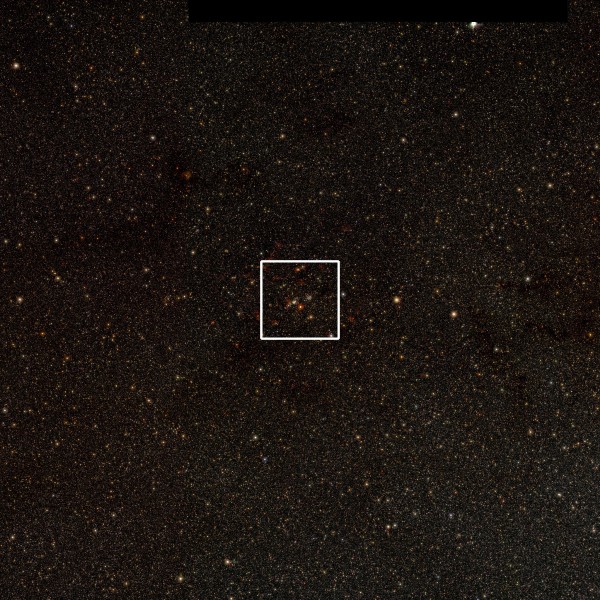 This small fraction of the galaxy contains more than we could possibly count, or even show at this resolution, so let's go in even deeper, to the tiny region indicated by the box above. What do we find, looking at one of the Milky Way's tiny, active star-forming regions? 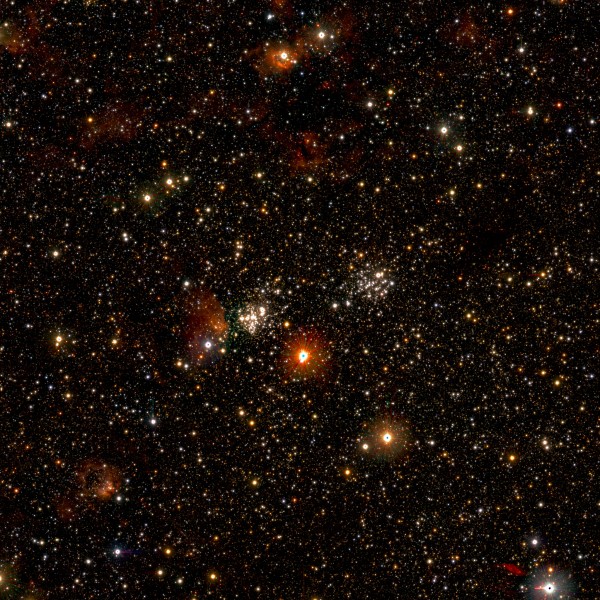 Over 10,000 stars, in a region far away in the outskirts of the galaxy. For comparison, we could have taken a look towards the galactic center. The dense chaos should provide you with a stark contrast to the image of the outskirts, and should truly help you understand how we get to a billion so quickly! 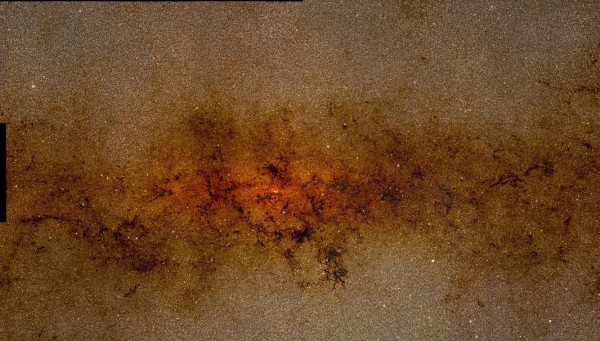 The incredibly brave (and patient) among you can attempt to download the stitched-together giant TIFF file (which is what I used -- with a lot of patience -- to create the images above and below), but even this huge 150 Megapixel image can't possibly contain all of the data taken by VISTA Data Flow System.

After ten years, we should have somewhere -- depending on clouds -- around a 5 Petabyte image archive of the Milky Way, a literal treasure trove for astronomers. In the meantime, I've flipped the Milky Way on its side, and created one image, viewable below, where you can view nearly the entire stretch of our home galaxy in one convenient scroll. Take your time and enjoy it.

As you look at this magnificent image, as you marvel that we've passed the milestone of counting up one billion stars in our galaxy, keep in mind that this is still less than 1% of the stars in just one galaxy out of hundreds of billions in the Universe.

And all the same, this is home.

Sometimes, Size is Everything!

"I went into a clothing store, and the lady asked me what size I was. I said, 'Actual'. I'm not to scale." -Demitri Martin When you look out at the Universe, what you can see is limited, at the most fundamental level, by the size of what you look with. This is why you can see dimmer objects at…

The Whole Universe from One Satellite's Eyes

"We were left with a picture of part of the sky with no stars or galaxies, but it still had this infrared glow with giant blobs that we think could be the glow from the very first stars." -John Mather When you look out at the night sky, you're limited by the light pollution from your surroundings,…

Where do Supermassive Black Holes Come From?

"Black holes, which have no memory, are said to contain the earliest memories of the universe, and the most recent, too, while at the same time obliterating all memory by obliterating all its embodiments. Such paradoxes characterize these strange galactic monsters, for whom creation is destruction…

"I don't know whether these people are going to find themselves, but as they live their lives they have no choice but to face up to the image others have of them. They're forced to look at themselves in a mirror, and they often manage to glimpse something of themselves." -Antonio Tabucchi It's one…

Amazing, great find! Do you work on that project?

Stumbleupon brought me here, and as a very new blogger, I'm excited to look at the rest of your blog. :)

Inspiring. I'm extremely interested in the topic of the size and scope of things. I've written about it many times. The topic of my tattoo sleeves (totaly 4/5 done or so) is specifically that the elements created in the furnaces of stars comprising all we are. Krauss's lecture, I'm sure your familiar with, is my favorite explanation. Neil deGrasse Tyson's The Most Astounding Fact chokes me up every single time. I just wrote a little piece on this, mentioning you, perhaps waxing poetic more than I ought to, haha. I'd hope that you'd enjoy it. Astronasty: The Milky Way Is Enormously Small http://astronasty.blogspot.com/2012/03/milky-way-is-enormously-small.ht…

So assuming we keep getting better (i.e. learning curve)I predict that we will observe (i.e. have computerized data) on 100 billion Milky Way stars by 2050.

Oh well, how many stars were known in Galileo's time, in Edwin Hubble's time? etc. Could someone point me to this history. Trying to find it, I found this.

Dec 1, 2010 Discover Magazine
A study by Yale astronomer Pieter van Dokkum just took the estimated number of stars in the universeâ100,000,000,000,000,000,000,000, or 100 sextillionâand tripled it. And you thought nothing good ever happens on Wednesdays. Van Dokkumâs study in the journal Nature focuses on red dwarfs, a class of small, cool stars.

Of course the really interesting thing is not how many but the details we learn about stars. And that most important pesky little detail is intelligent life. We just have to find ET. Hello, we are here.

All those blacked-out sections are where Niburu is. Part of the cover-up, y'know...

Yes, it is ~26,140 years old, but it has been 140 years since we first recorded the event of the sunpreova. What it appears to us as is a 140 year old sunpreova. For all we know, more could have happened since then, but we won't know until the light gets here. Relativity tends to make a mess out of things, so it's easier to simply talk about events as they appear on our light cone .