It’s time again for another Messier Monday! The Messier Catalogue was the original comprehensive and accurate catalogue of fixed, deep-sky objects visible to any dedicated (northern hemisphere) skywatcher with even the most primitive of astronomical equipment. Over the centuries, as our understanding of what we're looking at has improved, these 110 celestial wonders have provided classic examples of astronomical phenomena ranging from stellar corpses to new star-forming regions, from young clusters of just a few hundred stars in our galaxy to ancient collections of hundreds of thousands clustered around our galactic halo, from nearby spiral galaxies to giant ellipticals some 60 million light-years distant. 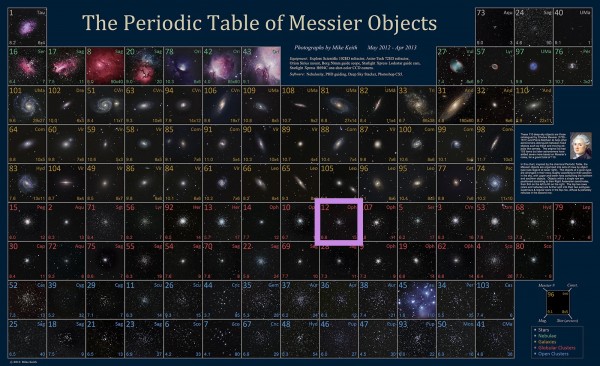 Each object has its own, unique story to tell about the Universe, and each week I try to highlight some of the most remarkable features and images about one that we haven't looked at before. Today, let's take an in-depth look at one of the most interesting of all the globular clusters and the twelfth object in the Messier catalogue, the Gumball Globular, M12. Here's how to go about locating it. 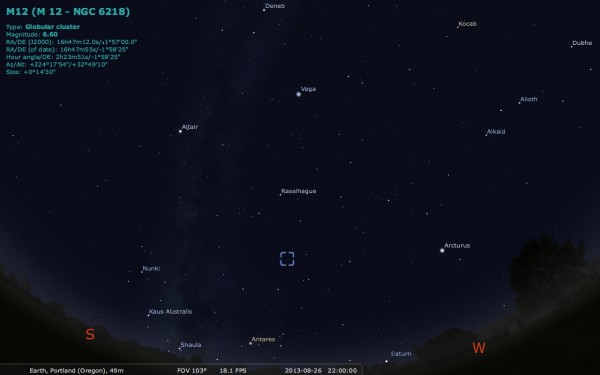 Most of the Messier objects can be found by locating one of the major constellations or asterisms visible from the Northern Hemisphere at various times during the year: the Big Dipper, the Summer Triangle, Orion the hunter, or the Teapot in Sagittarius. For those of you hunting Messier 12, you'll have no such luck for this object.

The best I've been able to do is to locate the Summer Triangle, and then head south of Vega to the bright star Rasalhague, the brightest star in the ancient constellation Ophiuchus. 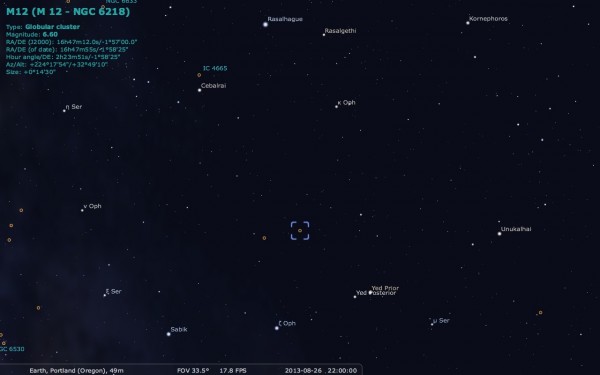 To the south of Rasalhague, a rough "circle" of nine-to-ten bright stars should appear, with the blue star Marfik appearing just below the 3 o'clock position on that circle. And if you follow the barely visible naked-eye stars from Marfik into the circle, they'll make a hook-like pattern curling inwards in a counterclockwise fashion. Towards the tip of the hook, shown in the location against the background stars below, you'll find the Messier object known as the Gumball Globular, Messier 12. 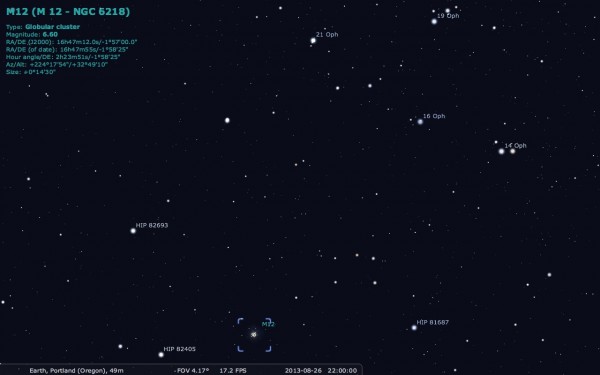 First discovered in 1764 by Messier himself, it was originally described as a:

Nebula discovered in the Serpent, between the arm and the left side of Ophiuchus: this nebula doesn't contain any star, it is round & its light faint; near this nebula there is a star of 9th magnitude.

Viewed through a small telescope or a pair of binoculars, it's virtually impossible to tell whether this object is, indeed, composed of stars or not. 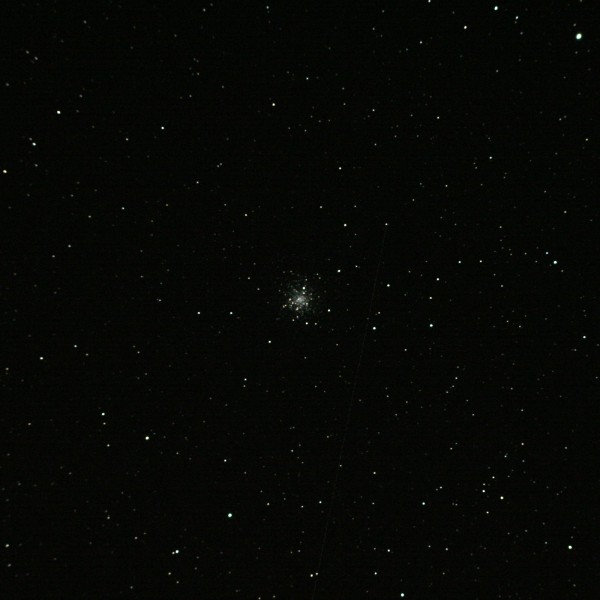 This is true of most globular clusters; M12 is no exception to the rule here. Globulars tend to be collections of a few hundred thousand stars -- generally formed when the Universe was only a billion years old, give or take -- spread out over only 100 light-years or less, located in a galaxy's halo. Because they tend to be many thousands of light years away, it takes a more powerful telescope, usually with quite a long exposure (or series of exposures), to resolve individual stars. 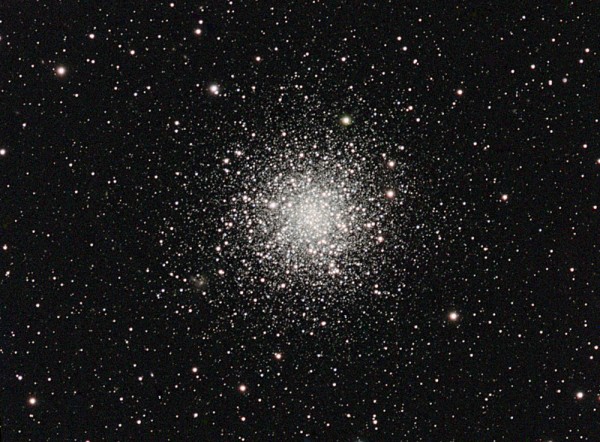 And there are about 200,000 of them in there for M12, located some 16,000 light years away. You'll notice that there's a denser, more concentrated core and a more diffuse, extended halo around this globular cluster. Messier himself was only capable of seeing the core; he had no idea how far the true extent of this cluster reached. While the inner core is only about 14 light years in diameter, the entire cluster extends a remarkable 75 light years all the way from end-to-end. 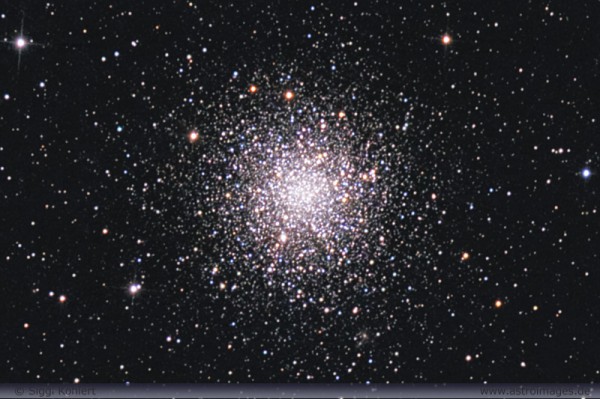 Its properties actually make it one of the less dense globular clusters: on a scale from I to XII, this one is classified as a IX, which means it's only loosely concentrated towards the center.

The stars in it, at first glance, appear to be normal for a globular cluster. 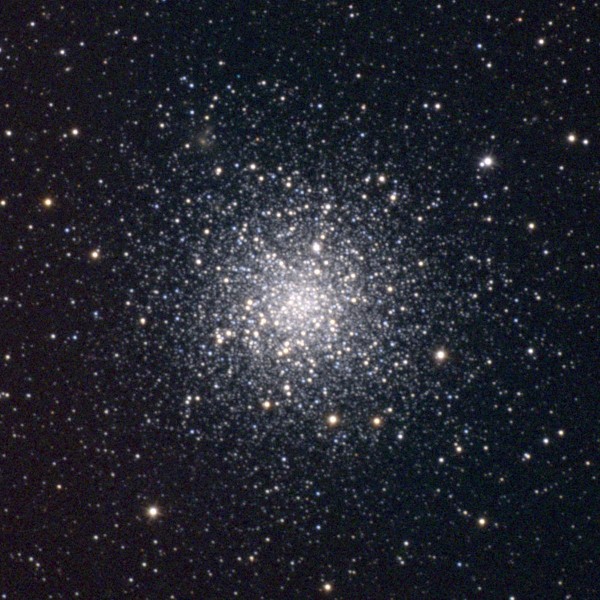 There's no neutral gas or dust, there are only a handful (13, at last count) of variable stars inside, and most of the stars are very old (about 12.7 billion years, typically) and metal-poor (with only 7% of the heavy elements found in the Sun), two things that go together. The bright, orange-colored stars in the images you see tend to be stars that were once roughly the same mass as the Sun that have reached the end of their lives, and have expanded into their red giant phase of life.

But there's also something odd about this globular cluster. 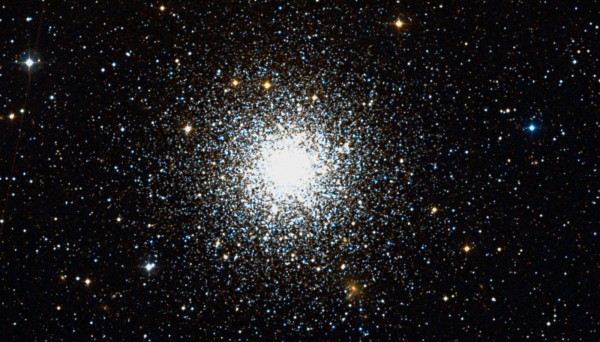 It isn't the few blue stars that are located inside: these blue stragglers are common in globular clusters. Although typically only the very young stars are blue, they can also form when two older stars merge together, creating a larger, hotter, and bluer star. Globular clusters -- with hundreds of thousands of stars concentrated within just a few light years -- are hotbeds for blue stragglers to form.

No, the odd thing about Messier 12 is invisible to most eyes, even in non-visible wavelengths. 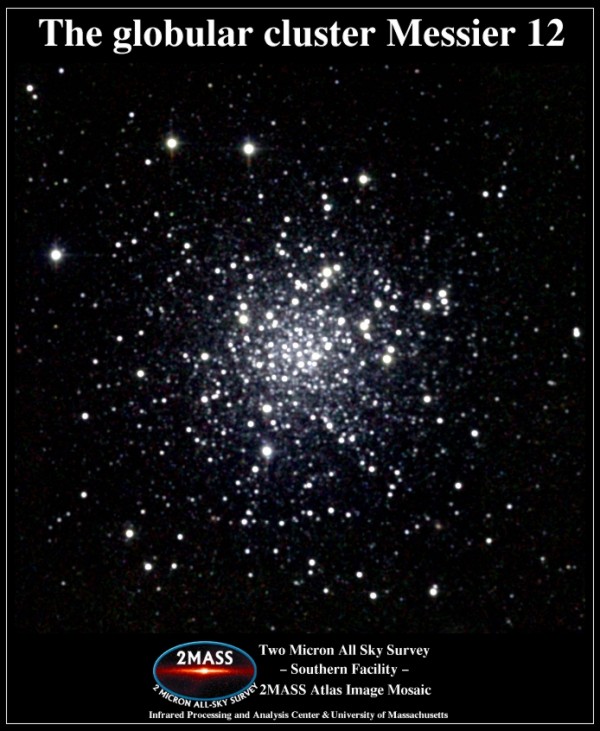 You see, typically, when you have a collection of stars, whether they're an open cluster, a globular cluster, or even just stars in the field (like our Sun) that aren't associated with any particular grouping, they tend to follow particular patterns. In particular, the brightest stars tend to be a combination of the most massive and the most evolved, but they tend to be few in number. As you go to progressively lower masses and cooler temperatures, you get more and more stars, all the way down to the lowest-mass stars: the M-class red dwarfs, which make up roughly 3 out of every 4 stars.

So when we took some of the most powerful, highest-resolution telescopes we had and took a look deep inside the inner core of this cluster, what we found was really surprising. 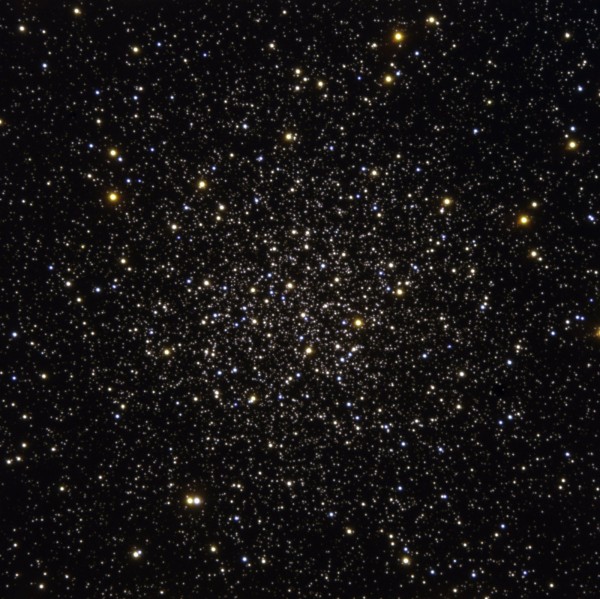 The image above was taken with the European Southern Observatory's Very Large Telescope; you can view a zoomed-in snippet of the very center of this image -- in full resolution -- below. 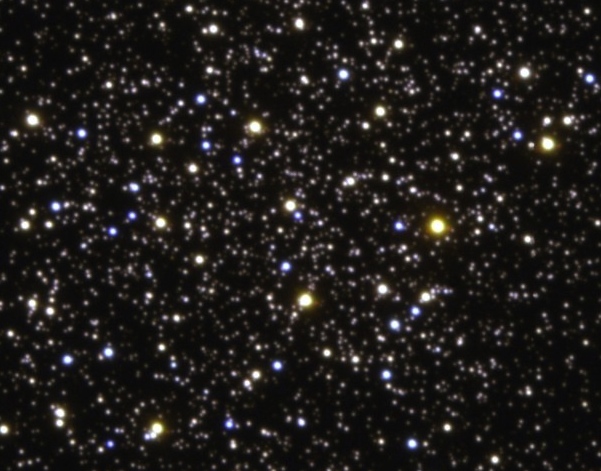 The big surprise? Hardly any red dwarfs. Practically no M-class stars at all, compared to what's expected. Somehow, there are some 200,000 stars in here, and yet the most abundant ones -- the ones that there should be an extra 600,000+ of -- are nowhere to be found.

It is however clear that Messier 12 is surprisingly devoid of low-mass stars. For each solar-like star, we would expect roughly four times as many stars with half that mass. Our VLT observations only show an equal number of stars of different masses.

The leading theory is that like many globulars, M12 passes through the galactic plane periodically. Unlike most of them, its orbit takes it very close to the galactic center, meaning that the lowest mass stars got preferentially kicked out, the same way if you kick a pebble and a boulder with the same force, the pebble tends to go farther. 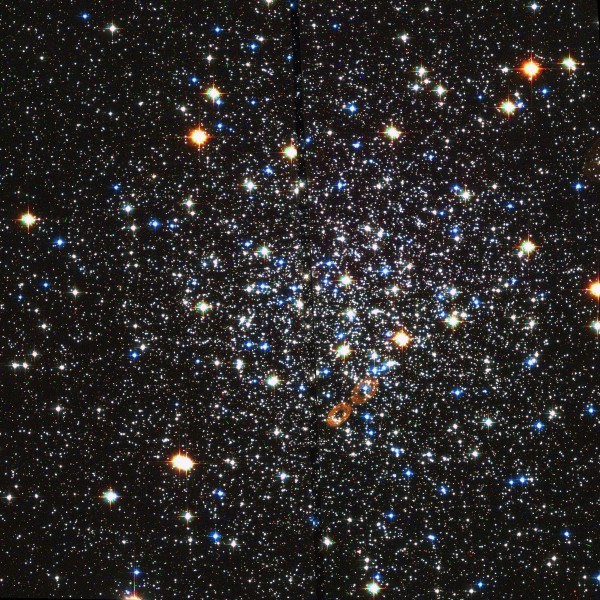 Our best estimates are even more severe than the naive estimate above: it's estimated that Messier 12 has lost about a million stars to the galaxy over its lifetime, and is expected to live only another 4.5 billion years before dissociating completely, making it one of the shortest lived globular clusters we know of!

As always, the best image comes courtesy of the Hubble Space Telescope, above, and I've provided you with a slice through this magnificent structure, below.

Such an incredibly interesting object, and yet the one mystery I haven't been able to unravel is why it's called the Gumball Globular! Some mysteries are simply beyond the reach of modern astrophysics.

And that wraps up another Messier Monday! Including today's entry, we've taken a look at the following Messier objects:

Come back next week, and if anyone has any history on why it's known as the Gumball Globular, I'd love to know!

I think the name "Gumball Cluster" comes from O'Meara's book, The Messier Objects. He came up with his own nicknames for several of these. I may be off on this (I do not have the book with me), but that's my recollection.

Yep, it was O'Meara. Kind of wish he hadn't done that.