Note: This post has been updated and improved as of 2014 here, at the new Starts With A Bang blog. What follows, below, is the original version that was first published here.

"I love the sounds and the power of pounding water, whether it is the waves or a waterfall." -Mike May

The world's oceans have always been special to me, and bodies of water in general. The air smells different, the wind blows cool, and you're reminded of the power of the salty seas every time you step in. It's one of the reasons that the old sea shanties have always fascinated me. This week, have a listen to an updated take on that genre, as The Real McKenzies sing a cover of the more recent classic,

But there's one ocean sight I had never seen before until earlier this week: an underwater waterfall! 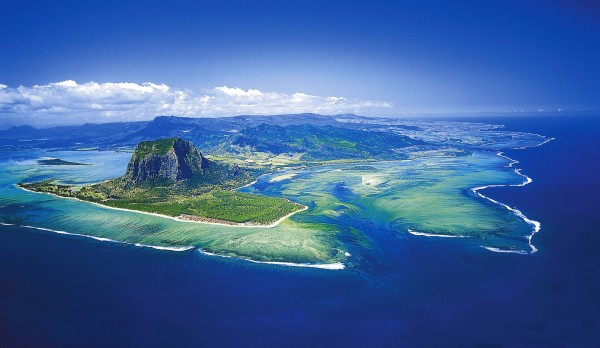 Yes, off the island of Mauritius in the Indian Ocean, for all of its beauty, has what appears to be one of the most unexpected feasts for human eyes. It's especially prominent from the air. 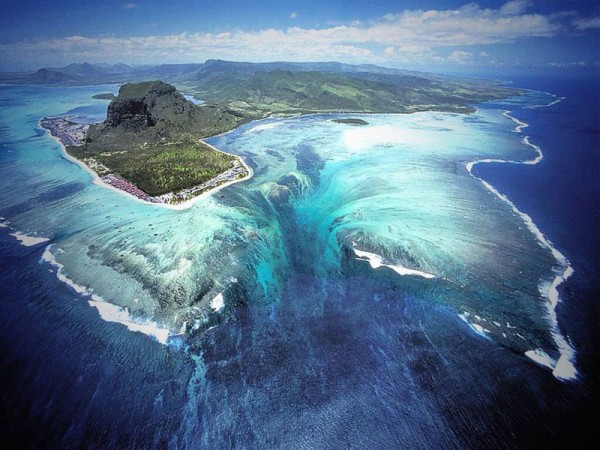 Even Google Maps gets in on the action! 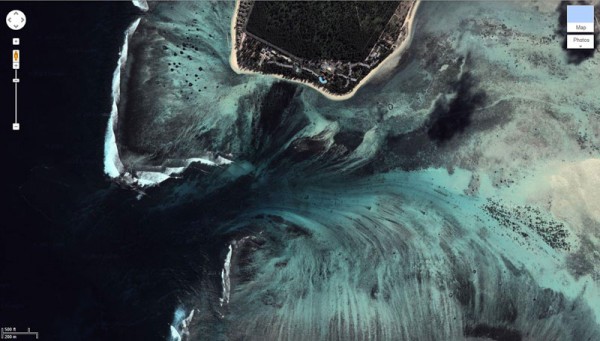 Okay, now that you've seen the illusion (brought to my attention courtesy of Twisted Sifter), what's really going on here? Obviously, water is water, and even though we can do some very clever things by manipulating fluid flow, even very cold water wouldn't sink like this picture suggests.

Instead, there's some really amazing and fun geology behind it! 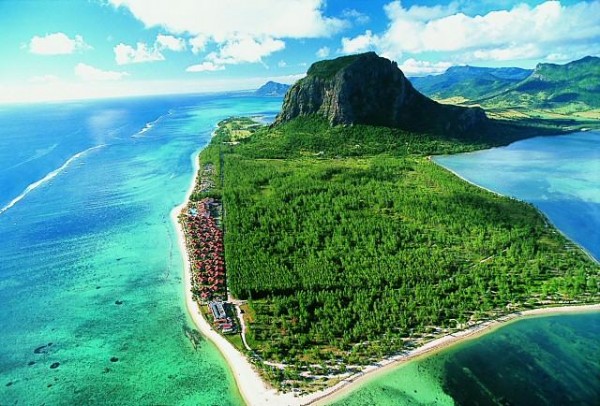 Like many ocean islands, there are fabulous reefs off the coast of Mauritius, living ecosystems that are fascinating in their own right. But unlike many of them, Mauritius, and indeed the entire land-and-seascape around it, is very, very new on geological timescales. 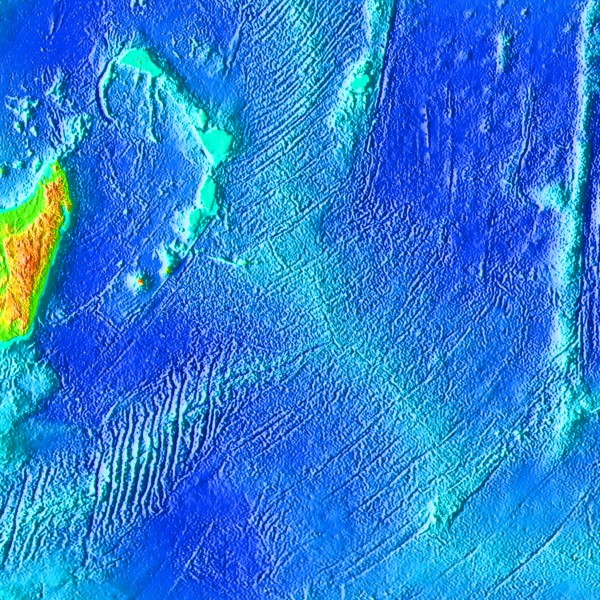 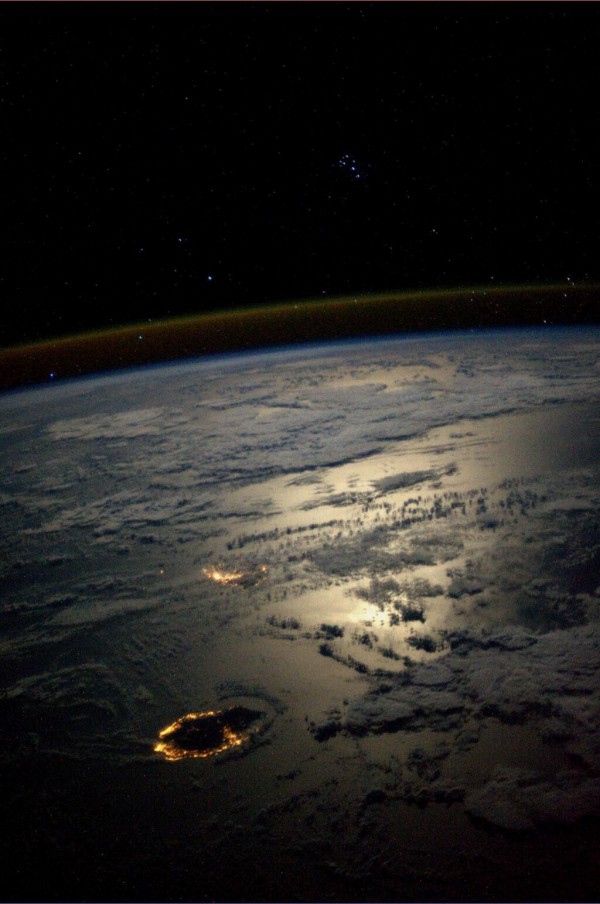 This oceanic shelf didn't exist a few million years ago; sea-floor spreading created this plateau fairly recently. And there's a huge drop-off when you leave the plateau! While most of the ocean waters around these islands is at depths ranging from 8-to-150 meters, there's a huge plunge off that shelf into the ocean, where the depth drops to many thousands of meters! 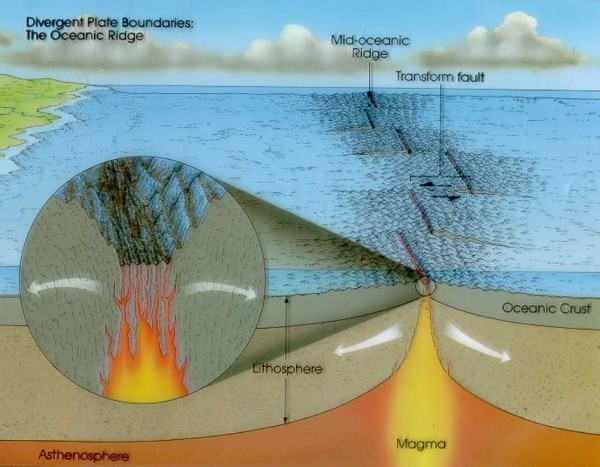 What you're witnessing, that looks like an underwater waterfall, is actually sand from the shores of Mauritius being driven via ocean currents off of that high, coastal shelf, and down into the darker ocean depths off the southern tip of the island. 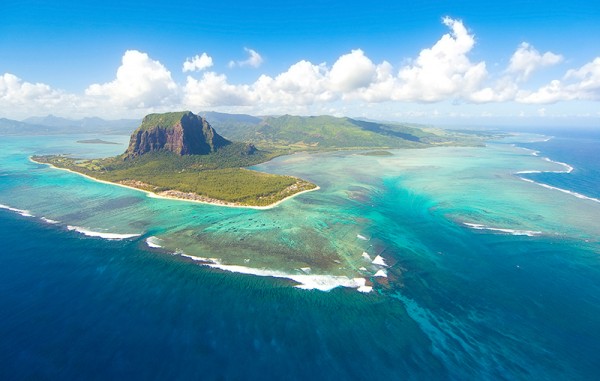 It's a beautiful sight that I'd love to take in with my own eyes, someday, but what's actually going on is in many ways far more beautiful than a (physically impossible) waterfall under the ocean. It's the natural world simply doing what it does, and we're fortunate enough to get to not only enjoy it, but to understand it. And that's your diversion for this weekend!

Technically, an underwater "waterfall" is possible if the density of the water flowing over a drop is sufficiently different from the surrounding ocean with minimal mixing. I've heard the flow of hypersaline water off the Antarctic continental shelf in places referred to as an underwater waterfall.

Underwater freezing mini-waterfalls, aka 'brinicles of death', filmed by the BBC: http://www.bbc.co.uk/nature/15835017

The "sandfall" was interesting, but The Real McKenzies' version of Barrett's Privateers was a true delight. I hadn't heard that shanty before. I was more surprised when I looked up the band and found there was a musical genre called Celtic Punk. I immediately cranked it up the song, to the puzzlement of my wife. It reminded me of driving home one day in a rare depressed mood when Tom Waits' pirate song "Singapore" came on the radio and cheered me right up.

That NASA Space Station image also caught the glow of Pleiades - The Seven Sisters. I'm surprised that info tidbit wasn't mentioned. After purchasing my only pair of good binoculars in the early 90's (Nikon 10x50), I spent nearly every night for months lying on my driveway (with pillows) and scanning the stars, with the assistance of Skyglobe. I remember seeing Pleiades on my first night.

Thoroughly enjoyed this blog. I find most of your blogs to be very interesting and stimulating. I too was delighted that you had the reference to Barrett's Privateers, a wonderful ditty written and first performed by the great Stan Rogers who did several other "sea shanties". I find Stan's version to be more pleasing but then that is the one I'm accustomed to. Worth a listen as are most of his other works.

Why haven't you won the Pulitzer yet, Ethan?

Yet another incredible blog entry!

? If the sand is flowing the water is also, no?

I don't expect that there's an overwhelming current there, but there must be some steady flow to shape the sand that way, right? I suspect evaporation in the shallower waters around the island increases the salinity of the water, and therefore the density. It would be interesting if there were enough flow to install a turbine and supply all the island's power needs, but I suspect it is too slow for that.

yes the beauty of our oceans is amazing.... the potential power that can be developed from these kinetic energies is equally impressive. To see what a sustainable tidal power bridge project looks like to: https://vimeo.com/19691370

The water could be flowing mostly horizontally, not downward. The sand's weight would provide its downward motion.

Undersea waterfalls are not rare. In my new book "Eyes In The Sea" I describe two undersea waterfall events in the Bahamas.
One off the coast of Andros Island when we were close to the deep dropoff in a small research submarine during the winter and were caught in a waterfall of cold high density water flowing over the dropoff during an outgoing tide. A few years later I experienced frequent undersea waterfalls off the coast of the Exumas during the summer. In this case, it was an outgoing tide of warm high salinity/high density water from the vast shallow Great Bahamian Bank. The Bank water was obviously dense from evaporation. We could and often rode the current down to about 140 feet depth with SCUBA where the density found its own level due to deeper, colder water.

As mentioned in previous comments, it is possible
http://www.oceanfootage.com/stockfootage/Underwater_Waterfall/owner%3Dn…

this is simply magnificent i love how nature never ceases to amaze me with its beauty and power.

would you get sucked in because what i was thinking if in a normal waterfall there s presure and its trying to push you down would that under waterfall pull you in to the in side or is there no presure so it can pull you in.

It's so pretty! I don't understand how nature works. It's just so superior and beautiful.

i live on that island, i didn't even knew it was there, i've been to that beach a few times, thanks internet

It would be lovely to live forever and explore all of this fabulous planet! How short sighted it is to think that all of this beauty and wonder happened without intelligent design.

It's credulous and moronic to insist it must be made by intelligent design. It is arrogant to think that intelligence (which humans have decided what it means) is some sort of supernatural power.

The current pulling south toward the opening is pretty strong at along the southern part of the beach. Swim against the current and go backwards. No problem getting back to the shore though if you stay close. Avoid windy days. Read big warning sign at the tip. A fantastic place to experience !