You've been outside enough to know that the deepest photos of the Universe -- of the night sky -- aren't quite the same thing you see when you open your gaze on even the darkest nights; there's often a lot more visible in the photos than there are to the unaided eye. As Earth, Wind & Fire would sing you (how's that for one from the vault), it might feel like you find yourself in a land called

That's because of a combination of two techniques: long-exposure photography, 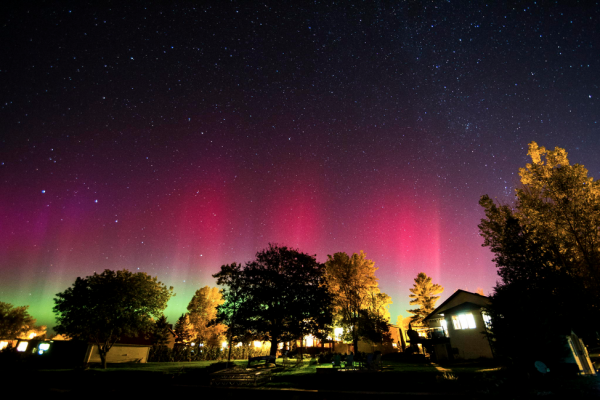 which requires some type of clever setup to avoid star trails or smears, and the stacking of multiple images, which can open up a world of opportunity. 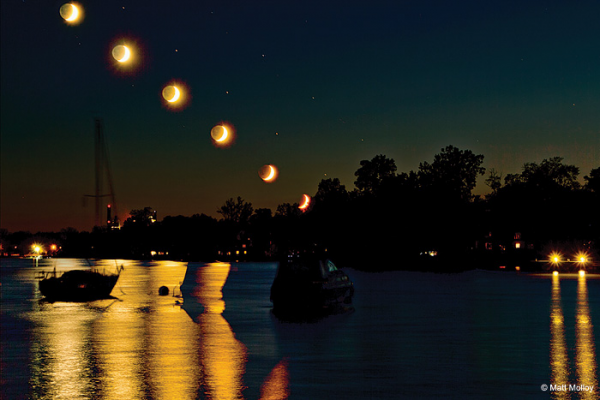 You see, by varying the shutter speed, you can control how much light shows up on each individual image, but by stacking multiple images together, you can get an interesting value for what the pixel properties were at each location. 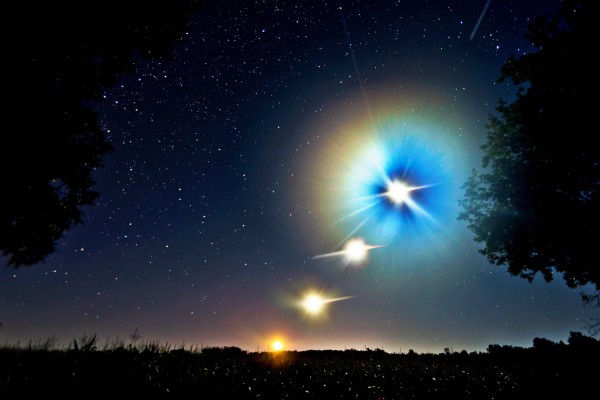 This means that you can not only do additive work, summing up photo properties from various times, but also time-averaged work that combines night-and-day imagery.

But I had never seen the amazing time collapse photos that photographer Matt Molloy has put together before, and you need to see them, too. 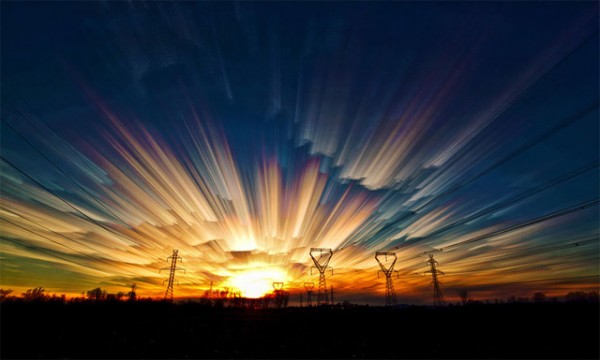 The daytime photo techniques are incredible for showing how clouds move over time and appear to smear out across the sky, painting a glorious natural picture. 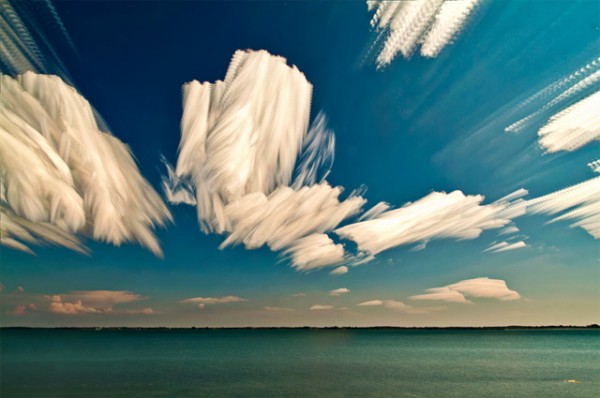 When even more frames are added, it can produce skies that look like they're straight out of a painting. 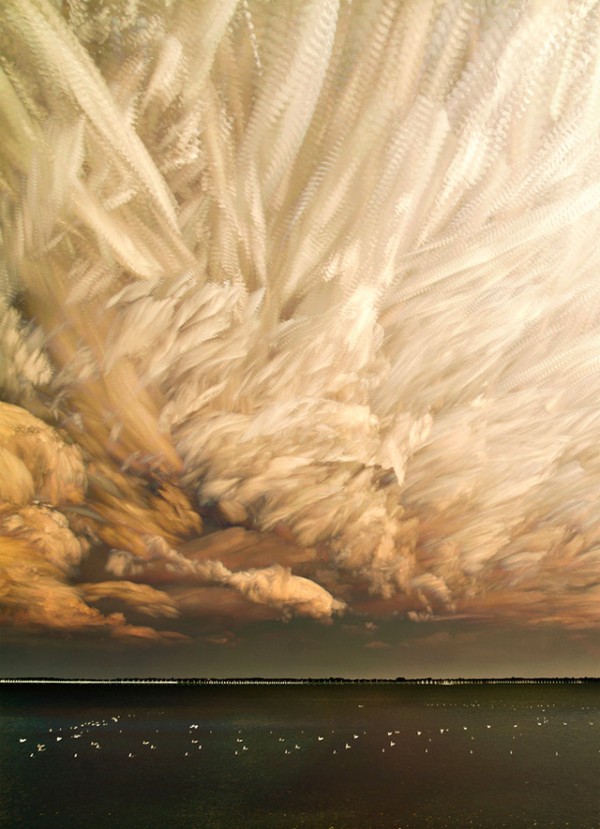 But the photos that blew me away the most were the ones that combined day-and-night in a way I'd never before imagined: not only with sunsets and clouds, but with the color of the aurorae thrown in there, too! 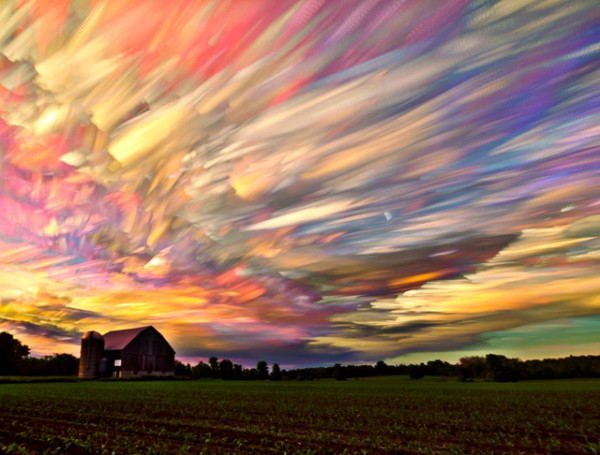 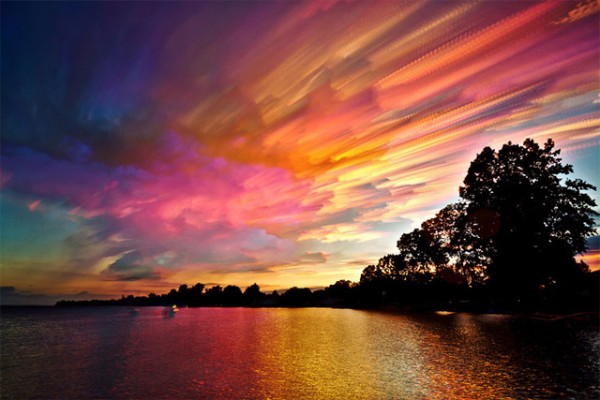 Matt's photos are truly works of art to be marveled at, and you can purchase them here. There's also an interview with the 29-year-old Canadian photographer, where he reveals that these sunset track images typically consist of 100 to 200 photos each!

Found via This is Colossal and Bored Panda, and you can see even more at his flickr gallery or over at 500px. Happy weekend, and don't forget to pick your jaw up off the floor before you go!

Yes, beautiful and dramatic pictures.
Thank you for bringing Matt's photos to Ethan.

I haven't seen photos like this before, very nice and more thought provoking than your usual time lapse photography.