“It is not the beauty of a building you should look at; it’s the construction of the foundation that will stand the test of time.” -David Allan Coe

As the population of cities continues to grow, real estate runs out fast. But one innovative solution may be the wave of the future: building down! Have a listen to Turin Brakes as they go through their remarkable song,

Building Wraps Round Me,

while we go through four remarkable, innovative solutions to real-estate shortages being implemented around the globe! 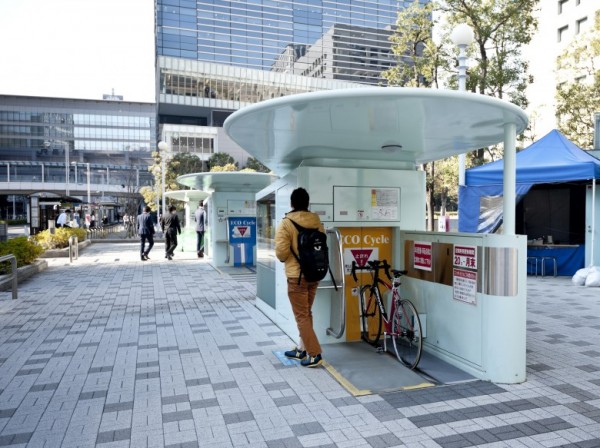 1.) Japan's automated underground bicycle parking. Every square inch of real estate in Tokyo is at a premium, and there's rarely no place to even put a very small transport vehicle, like a bicycle. Rack for hundreds or thousands of these would take up an inordinate amount of space, and as a result, many cyclists have terrible trouble even finding a place to park. But Giken Ltd's ECO Cycle System is changing all of that. 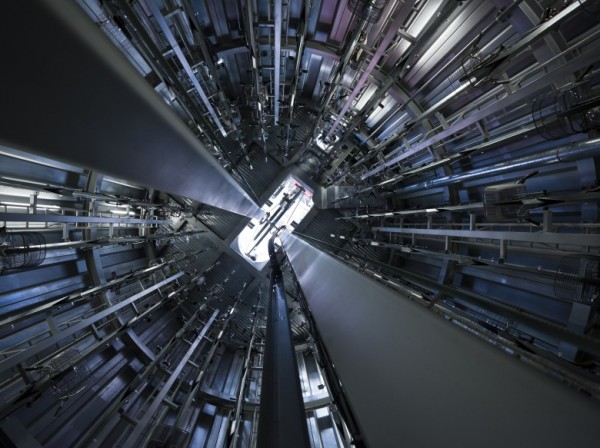 Go read the full article and get the rest of the list on Medium, then come back here and weigh in!

What I find fascinating about Mexico CIty's proposal is that the city is built over a drained lake and swamp, and I am really curious about how they would manage seepage and stability.

I parked in an automated car park (like the Japanese bike park) in Graz, Austria. Parkhaus Schlossberg. From the outside it looked like a single car garage with roller doors at each end, but you drove your car in, got out of the garage and the doors closed to whisk the car away to who knows where. Apparently could hold 38 cars.

Surprised you didn't mention Montreal's Souterrain as an example of an underground living space either.

(Good that we can still carry on a discussion here, as some of us do not have and will not have Twitter etc. accounts.)

Good for commuters who work in offices; not so good for bikes with panniers or other things that add bulk or change the weight distribution; doesn't work for three-wheelers and other types of cargo bikes.

The Garchey system (water carriage) and Centralsug system (vacuum collection) were developed in the early to mid 20th century, and promoted by highly-regarded experts (Flintoff et.al.) as "the future" of refuse collection. However even those who were strongly in favor conceded that the costs are sky high, and underground rights-of-way already notoriously crowded. To fit even one more 24" diameter pipe under urban streets is highly unlikely, much less the three pipes now proposed.

The system is susceptible to clogging, fires, vandalism, and terrorist sabotage. The points at which separate intakes are combined will produce cross-contamination of recyclable waste streams notably paper with food waste residue, degrading the acceptability of the paper for recycling. Glass will be smashed as it passes through the system, leaving small fragments that contaminate the other materials.

The pipes carrying compostables (largely food waste) will become encrusted with hardened deposits and will also give rise to ferociously foul smells that in turn will require air pollution abatement at the exhausters. The entire concept arguably violates a key premise of public health, which is to contain infectious material to the smallest possible surface area: instead, it smears it through a network of pipes where the encrustation will give rise to mold and bacteria, that will be spewed into the air through the vacuum exhaust unless a way can be found to sterilize the exhaust. Increases in bacterial and mold-related respiratory diseases downwind are a certainty.

All that cost and vulnerability, and potential adverse public health impact, to solve only the "last mile" of refuse collection; and there will still be as much truck traffic with the centralized dumpsters as there would be with any other method using the same sized containers. Lastly the system does not even begin to deal with bulky waste such as discarded furniture, mattresses, etc., which still require regular collection.

Prediction: the future of waste management is in a two-stream system: "wet" and "dry." "Wet" = compostables. "Dry" = everything else. The "dry" stream will be separated at the transfer station into as many recycling categories as needed. In highrises, wheelie bins for each category on each floor, handled by building staff, to containers in the service entrance, much as is done now. The containers will be equipped with bin lifters, and the "wet" wheelie bins will be pressure-washed or steam-cleaned before being returned to the bin closets. Alternately (and in older buildings without room for dumpsters in a service area), degradable plastic bags set in bag-holders on each floor: one color for "wet," another for "dry."

There is however, a much better and simpler solution for waste management, and all the other ills of the 21st century: the male birth control pill.

The Mexico City "earthscraper" proposal is interesting, though obviously not suitable for areas susceptible to flooding, sea level rise, etc. It is possible that this type of underground architecture could be substantially more resilient to large-magnitude earthquakes than highrises. The seemingly counter-intuitive placement of retail closest to the surface provides easier logistics for movement of goods in and out, and gives the residential section better isolation from noise.

Rather than tapering down to a point, there is a case to be made for using a rectangular cross-section, whereby the areas further back from sunlight would be reserved for various infrastructure, potentially including manufacturing. Sunlight could even be piped in via optical lightguides.

These types of structures would only receive direct sunlight when the Sun is within the angle of the structure. That will still be an improvement over highrises, though whether it facilitates urban agriculture remains to be seen.

One of the greatest advantages of all forms of underground construction is reduced cost for heating and cooling, since Earth temperature is in the range of 50 degrees Fahrenheit.

Has anyone run a simulation of what would happen if a strong tornado passed directly over one of these things? It seems to me that the shape of the structure would intensify the effect of a tight vortex, but steel "blast doors" that could be rolled across the opening might serve to turn the whole thing into a viable safe shelter even from a direct tornado hit. For which reason FEMA should look into this as a potential solution for rebuilding areas that are flattened by tornados, and for new development in tornado-prone areas.

It's a proposed park in an abandoned underground rail station on the Lower East Side.

This is already happening on a small scale in London, where homeowners are extending townhouses by digging out multi-story basements.