Comments of the Week #20: From the Multiverse to Dark Matter

After the end of another fun-filled week, it's time again to take a look at (and respond to) what you've had to say! Over on the main Starts With A Bang blog, we've tackled the following topics:

As always, you've had your chance to comment, and now I'd like to highlight my favorites and respond (where appropriate) to your Comments of the Week! Let's dive in. 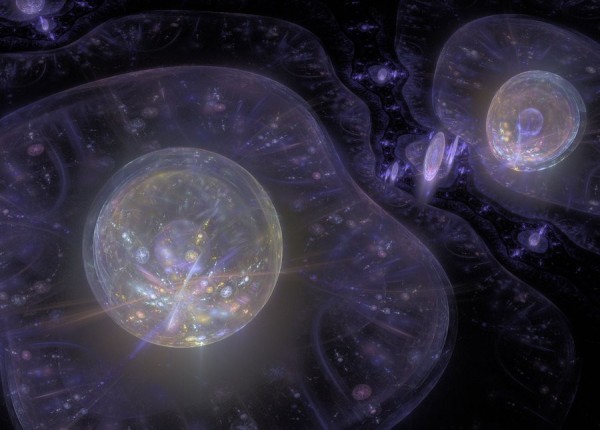 From Rus Belikov on the subject of the Multiverse: "My understanding is that the multiverse is an Occam’s razor motivated interpretation of current physics theories, but it is not known whether it is falsifiable or not (even with arbitrarily advanced technology). If it turns out that it is not falsifiable, then we will never know whether it is “real” or not, correct? Which is another way of saying it may not be “real”. In particular, it is conceivable that somebody in the future will come up with a more plausible interpretation which does not invoke multiple universes, and we will never be able to distinguish between these interpretations experimentally. Right? So, what does it really mean to say that the multiverse is “real”?"

So -- full disclosure -- Rus and I went to high school together, and he's now a NASA scientist himself. He's right to demand a strong burden-of-proof before you're willing to call something real, so when I say "the multiverse is real," do I have some sort of surefire evidence? Only if you accept certain assumptions. Now, as it turns out, these assumptions are well-motivated by certain observations, but they are assumptions nonetheless. 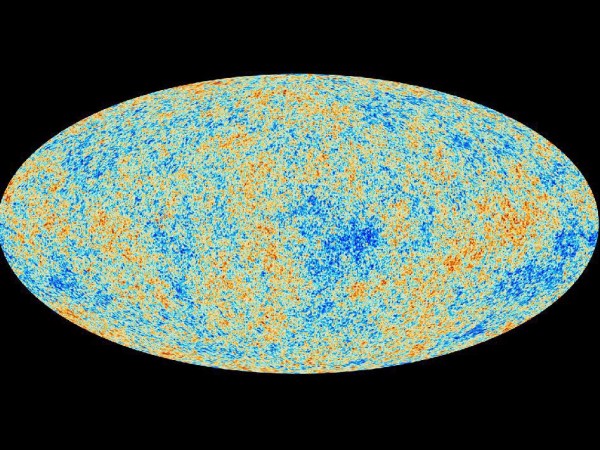 Based on observations of the CMB, of Large-Scale Structure and other sources, we can safely infer that our Universe began with a period of cosmic inflation, reheated to a very high (but definitively sub-Planckian) temperature and created a hot, dense expanding state we refer to as the Big Bang.

Now, if we assume that inflation is a quantum field and obeys the rules of quantum field theory, regardless of whether it's a true scalar field or not, then inflation creates an incredibly large region of space (and large numbers of regions similar to our own), and Big Bangs are common occurrences in these various regions as time goes on.

Image credit: me, of how space expands (blue) during inflation, and where Big Bangs occur (red X's).

If this very safe, conservative theoretical picture is correct, then the Multiverse is real. But we do not have direct evidence of these other Universes, nor can we. So it's real predicated on these assumptions, but we don't have any evidence (nor do we know how to obtain it) to definitively distinguish between this and any other possible explanations. 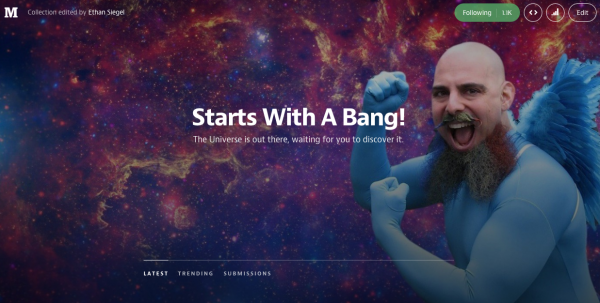 From Crass Spektakel on the blog in general: "Just curious, how to read this story without getting laughable large fonts?"

Okay, let me put my tech support hat on. I'm assuming you're on either a PC/Mac laptop or desktop. If you want smaller fonts, or to display more of the screen at once, I recommend the "zoom" functionality, which you can use anytime on any webpage by using ctrl/cmd in tandem with either +/- to zoom in or out. The minus option (zooming out) will give you the font size you want. 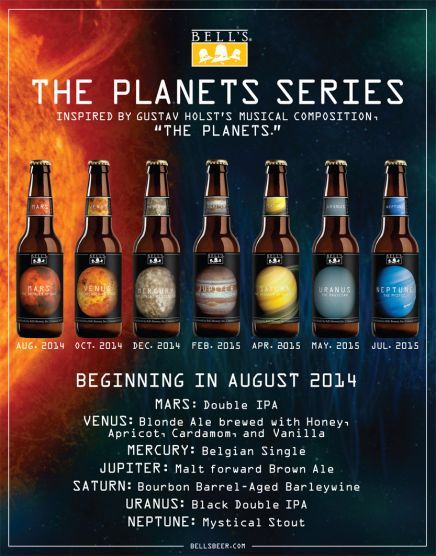 This brewery in question -- Bell's -- makes some really great beers. When I lived in Wisconsin, Bell's Two-Hearted Ale was readily available and was one of my favorite local-ish beers. If this line is accessible where you are, I highly recommend trying it out! 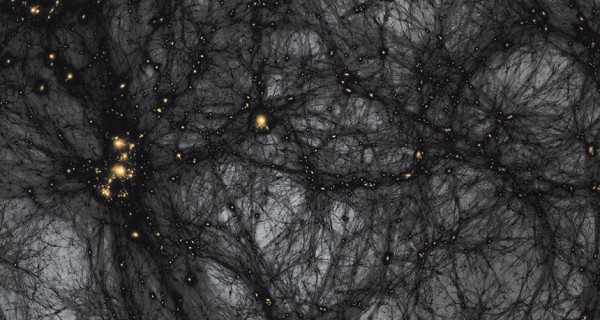 From John Duffield on the topic of Dark Matter: "[While] Sabine mentioned modifying gravity, she missed out bog-standard general relativity. In the Foundation of the General Theory of Relativity Einstein said “the energy of the gravitational field shall act gravitatively in the same way as any other kind of energy”. Space has its vacuum energy, this energy has a mass equivalence and a gravitational effect when inhomogeneous, but it isn’t comprised of particles."

There's nothing wrong with noting that our method of performing calculations about spacetime on the largest scales in General Relativity involves using the FLRW (Friedmann-Lemaitre-Robertson-Walker) metric, which makes the assumption that the energy distribution of matter and energy throughout space is homogeneous (the same everywhere) and isotropic (the same in all directions). And yet, in reality, we know that our Universe is actually inhomogeneous, meaning there are regions that have significantly more-or-less matter and energy than others, and than on average.

But that realization alone doesn't invalidate anything; it's very standard (i.e., you learn this in your second year of graduate school if you're studying it) to quantify exactly how inhomogeneous the Universe is, and to determine what effects that has on the expansion history, on energy content and on its equation-of-state as it contributes to General Relativity. In fact, I wrote a paper on it back in 2005! Let's take a look at Figure 2, which quantifies the energy contribution from gravitational inhomogeneities as well as how they scale. 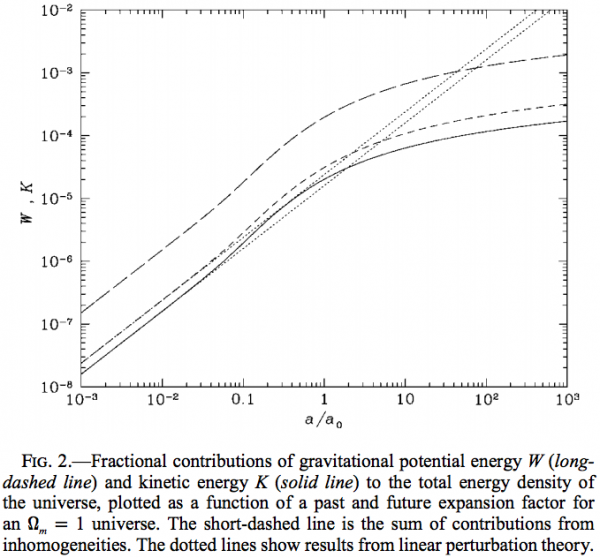 As you can see, even by today (where a/a_0 = 1), gravitational inhomogeneities only contribute less than 0.1% of the energy density of the Universe total, and they scale with an equation of state similar to spatial curvature at early times and then switch to become more matter-like as time extends into the far future. As you can also see, however, they behave neither like dark energy nor dark matter at any time, nor do they contribute significantly to the overall energy density of the Universe.

It's a nice idea you had, but it doesn't pan out. Also, if you're talking about inhomogeneous or anisotropic dark energy, the observations do not support that at all, and the constraints are getting tighter and tighter as time goes on. 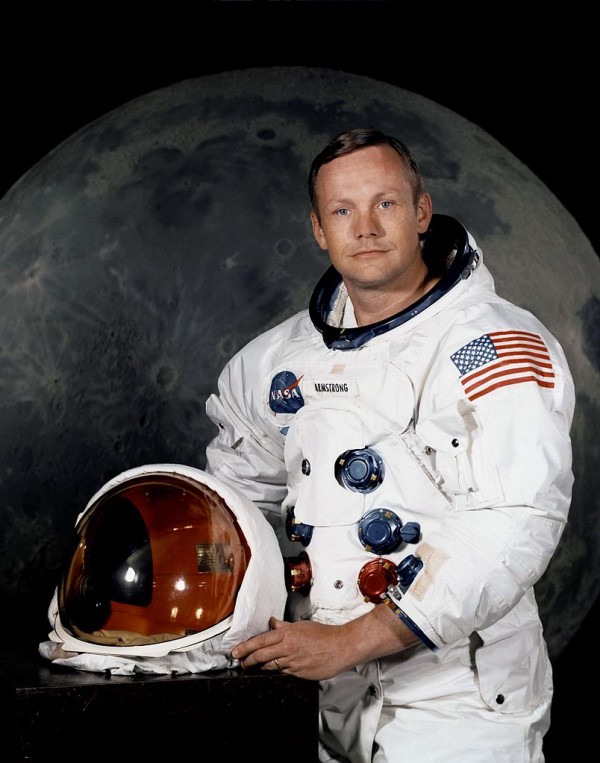 Image credit: NASA. This is the official NASA / Apollo 11 mission photo of Neil Armstrong, first man on the Moon.

And finally, from Rich Rutishauser on the Moon landing: "Hey, that’s my favorite picture too! i had a poster of it hanging in my room."

Indeed, and the picture in question is this one. 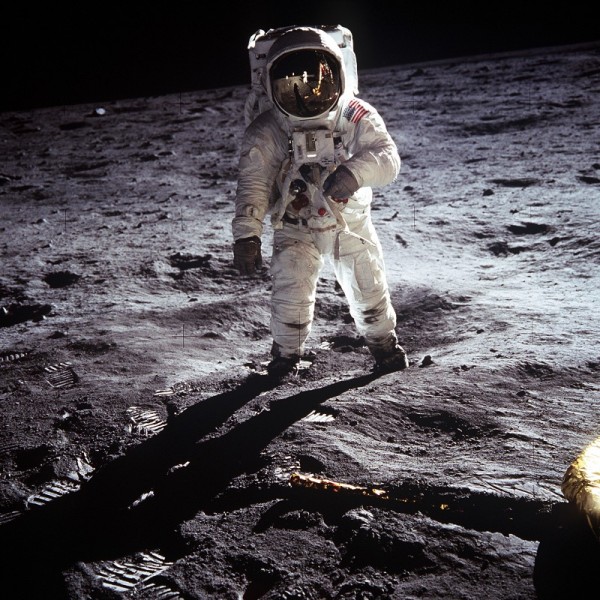 It shows the color and desolate landscape of the Moon, the long shadows that persist for days, and hints at the impact that human footprints can have for a relatively long time on this airless world.

But my favorite part of this picture is the reflection in Buzz Aldrin's helmet, which -- like all mirrors -- shows off a reflection of the half-of-the-world invisible to the photographer. 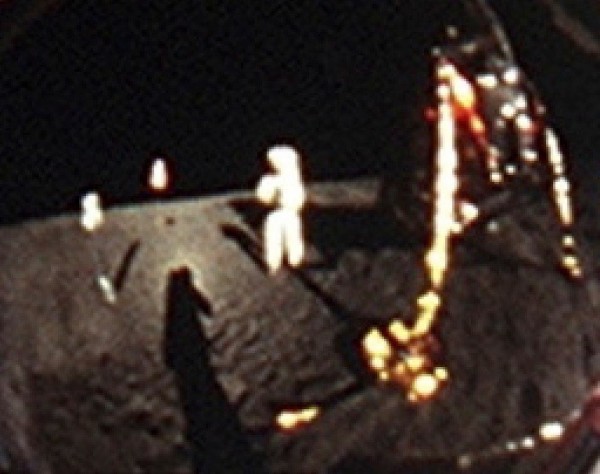 Image credit: NASA / Neil Armstrong. This is the only lunar Self-Portrait (or selfie) I know of.

There he is: Neil Armstrong the photographer, along with the "Eagle" lunar landing module and the rest of the Moon, as far as Buzz Aldrin would have been able to see it.

Today officially marks the 45th anniversary of the Moon landing, so if you can see that waning gibbous in the sky today, make sure you give a wink and think of Neil, Buzz and Michael (Collins, in the orbiter), and what they accomplished all those years ago. Thanks for a great set of comments, and I'll see you all back tomorrow for more wonders -- and stories -- of the Universe!

Comments of the Week #29: From the earliest signals to the present day

“Everything comes at the right time, but if the right time is too late to be patient, go earlier before it becomes too late.” -Michael Bassey Johnson After another fun-and-science-filled week here on Starts With A Bang, where we've covered topics ranging from near-to-far, from historical to very…

Answering ALL Your Questions

"And in the end The love you take Is equal to the love you make." -Paul McCartney Every once in a while, I throw the chance out there (on facebook, twitter, or google+) to ask me whatever questions you want. Yesterday, for some insane reason, I invited people across all three platforms to ask me…

Comments of the Week #47: From parallel yous to fundamental constants

“And there is the headlight, shining far down the track, glinting off the steel rails that, like all parallel lines, will meet in infinity, which is after all where this train is going.” -Bruce Catton At the end of each week here at Starts With A Bang, it's important to take a look back at all we'…
Advertisment