The Planets that Never Were (Synopsis)

In 1992, scientists discovered the first planets orbiting a star other than our Sun. The pulsar PSR B1257+12 was discovered to have its own planetary system, and since then, exoplanet discoveries have exploded! 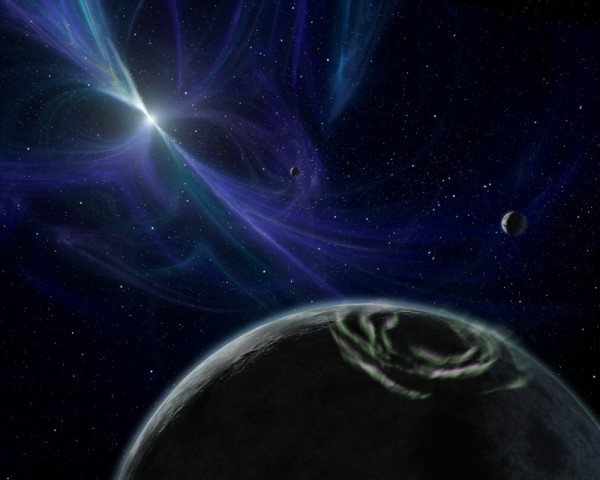 But did you know that long before that, back in the 1940s, 1950s and 1960s, a scientist studying Barnard's Star -- the second-closest star system to the Sun -- claimed to have discovered the first exoplanets in history? This was no crackpot, either, but a pioneer of astrometry and one of the most respected scientists in his field, and one of the most exciting moments in (now forgotten) science history!

Pulsars: How The First 'False Alien' Signal Opened Up A New World In Astronomy (Synopsis)

"Science doesn't always go forwards. It's a bit like doing a Rubik's cube. You sometimes have to make more of a mess with a Rubik's cube before you can get it to go right." -Jocelyn Bell-Burnell Observations that surprise us, of a phenomenon we weren’t expecting and don’t have an explanation for,…

Many years ago, as I was writing up my thesis, my advisor burst into my office with the hot news. Someone had announced a possible discovery of an extrasolar planet! It seems strange now, but back then we really did not know if there were any other planets around other stars. A lot of astronomers…

By Dr. Laurance Doyle, an astrophysicist at the SETI Institute, and lead author of a paper that will appear in the journal Science on September 15, 2011. For the first time, astronomers with the NASA Kepler spacecraft mission have discovered a planet orbiting two stars. This is a fundamentally…

By Dr. Franck Marchis Astronomer at the Carl Sagan Center for the Study of Life in the Universe, SETI Institute It is done. The Kepler team finally announced the discovery of its first terrestrial exoplanet. A referred journal, accepted in the Astrophysical Journal by Natalie Batalha and a large…

There's got to be a little more to the Doppler effect infographic. It states that the sun is a good example of a star that doesn't move much closer or farther, but the sun DOES move closer and farther by about 5 Gm, about 3-4% of the average distance. So, in what sense is a change in distance "significant" or not?

Nice human interest article. The way it plays out provides an interesting lesson in human dynamics. Lesson: don't humor the old fogie. You might think its harmless, but you're probably damaging the career of some other scientist who deserves credit for the error-spotting work.

Do you mean that 'the Hitchhikers' Guide to the Galaxy' was wrong? And that the Vogons don't have a dock on a planet orbiting Barnard's star (along with the roundabout)?

so far the only star once believed to have an exoplanet that we now think so is GJ 687, which appears in general audience astronomy books of the 60s as "Ci 2354"--but it's not the same planet.

@John Armstrong #1: The text in that part of the figure (not Ethan's doing, by the way; see the caption credit) is rather misleading.

The Doppler effect, as I'm sure you know, is determined by the _speed_ of the light source (technically, the relative speed between the source and observer). If a star doesn't change its distance very much, but it _does_ zip toward and away from us like a pendulum, then we would observe a measurable Doppler shift, alternating direction.

The Sun does not move toward or away from us with any appreciable speed, so we don't notice any Doppler shift over the course of a year. The Sun is so large that we can measure Doppler shifts from small patches of the Sun's surface, and in that way we can measure how waves propagate through the Sun (see "asteroseismology").

Thanks for all of your comments. Yes, Eric, I agree that you can't take an expert's word for granted, you need to question his/her assumptions. Interesting, Michael H, about GJ 687. Wayne, at least it doesn't look like Earth will be destroyed to build a space bypass. John & Michael K, yes the Doppler effect depends on relative speeds of source and observer, thanks for clarifying.

@Michael Kelsey: yes, sorry, I didn't mean to blame the post for the graphic (I know those are pulled from all sorts of places).

Thanks for clarifying that it's the speed of the motion, rather than its magnitude; 5 Gm over 180 days is "not fast enough to count".