“While we do our good works let us not forget that the real solution lies in a world in which charity will have become unnecessary.” -Chinua Achebe

When you think of charitable enterprises, you probably think of things like eradicating hunger, poverty, or disease of some sort. After all, that's what most charity is: helping others who are less fortunate than we are. But there's also another form of charity, where we put our time, effort and resources into improving the world for everyone. This weekend, have a listen to Beirut's song,

while I share with you a project that I'm proud to be a part of that does both! 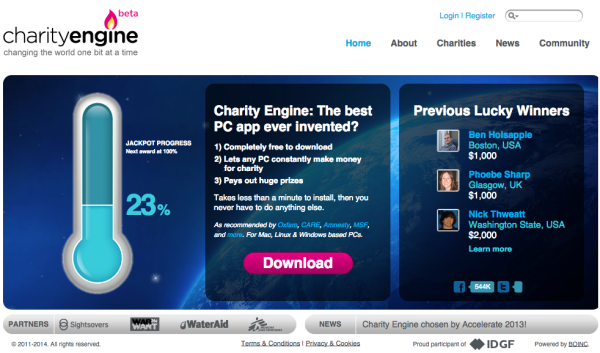 If you've ever participated in BOINC projects such as Einstein@home, SETI@home, Malaria Control or one of many protein folding projects, you recognize the power of using the idle cycles of your CPU (and GPU) for helping science. But that's nothing compared to what the Charity Engine is doing to help science, charities and build the world's largest cloud-based supercomputer for lease only by ethical companies! 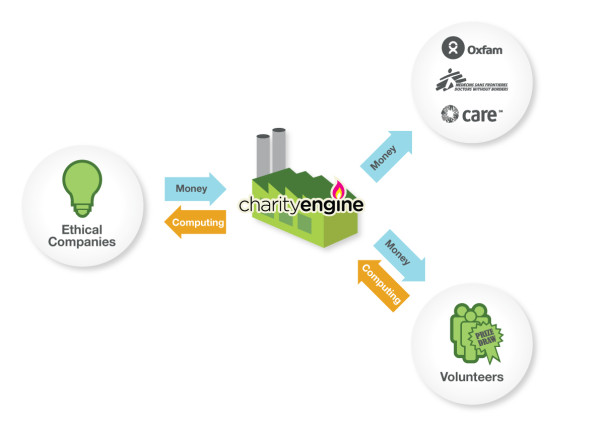 Come learn all about it, download the latest version, and earn your chance to win thousands of dollars in the process!

Did you know that studies have shown that conservatives give more to charities than liberals, both in absolute dollars and as a percentage of income?