The Moment of Truth for BICEP2 (Synopsis)

“The paradigm of physics — with its interplay of data, theory and prediction — is the most powerful in science.” -Geoffrey West

So earlier this year, the BICEP2 team shook up the world by announcing the discovery of primordial gravitational waves: a signal from the earliest stages of the Universe, going all the way back to before the Big Bang!

By looking at the photon polarization data, they claimed to have surpassed the gold "5σ" standard for announcing a discovery in physics. But recently, that's been walked back, as there could have been a systematic error at play: simple emission from our own Milky Way. 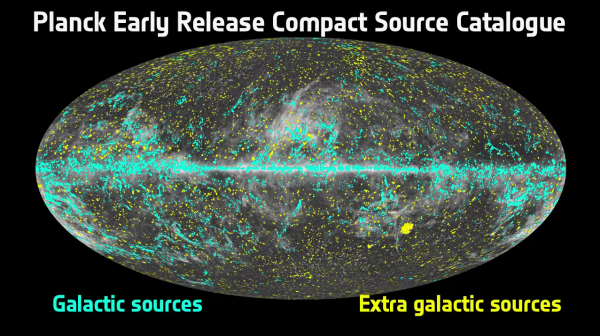 Later this month, the Planck team will release their results, and either confirm or refute BICEP2. Here's where we stand on the eve of that announcement.

What sort of degree of phase shift would be 'normal' for photons travelling from the past into our present time, assuming these reflect the presence of gravitational waves? Considering radio waves (HF) as a guide to my experience, phase shift is common to those signals in a dramatic way, such as the total loss of signal strength when that changes from, say, horizontal to vertical polarization. Another effect is a ground wave arriving before the skip signal turns up, resulting in signal cancellation at times. Another peculiarity is your own signal turning up as your over is finished & you hear the last couple of words you just transmitted.
Would this be a consideration for gravity waves/ photon polarization?

I might be wrong, but from what I read earlier this year, Planck's sensitivity in detecting b-modes is much weaker then bicep2, polar bear and other dedicated detectors, meaning... I'm not sure that their results on b-mode will refute anything. BICEP2 results are wrong because of planks dust maps and foreground polarizations that are available since summer, that weren't available when bicep published the results.

What planck IMO will do, is finally have a complete all sky dust map and foreground polarization data, which will then serve as noise level measure for any upcoming precise and dedicated b-mode measures. On it's own, planck data on that is gonna be very weak since it was never intended for that purpose in the first place.

So atm, even with more detailed data from other CMB experiments, we might not be able to do an analysis of polarization data for gravitational waves without a detailed map of the galactic dust that would create the foreground emissions? Guess I'm on the edge of my seat 'till Planck and BICEP2 release their joint analysis. I'm sure the BICEP2 team will think twice before trying to data-scrape someone again after this.